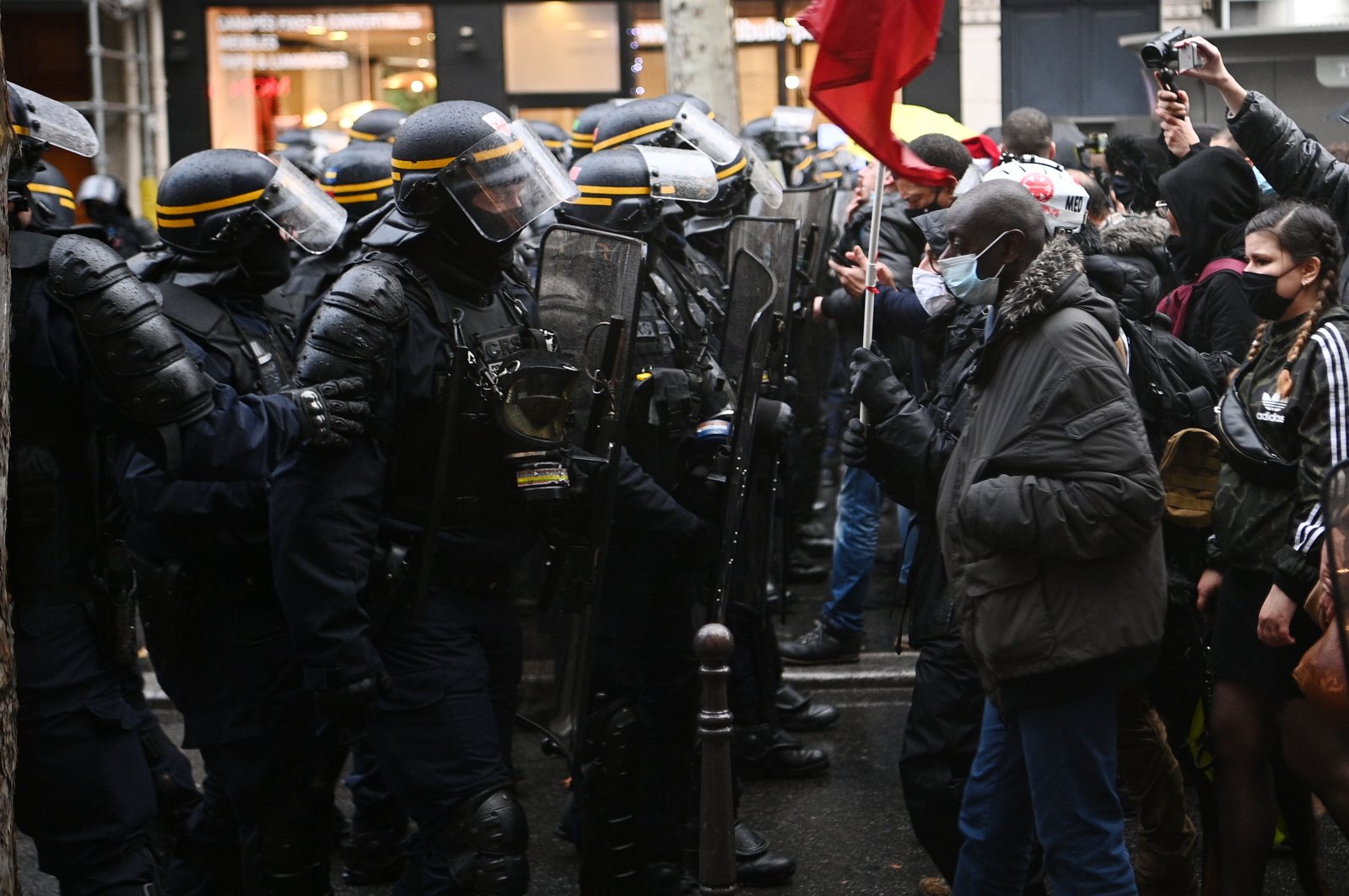 Paris police took nearly 150 people into custody at what quickly became a tense and sometimes ill-tempered protest Saturday against proposed security laws, with officers wading into the crowds of several thousand to haul away suspected trouble-makers.

Police targeted protesters they suspected might coalesce together into violent groups like those who vandalized stores and vehicles and attacked officers at previous demonstrations.

A police water cannon doused demonstrators at the end of the march, as night fell.

Slogans on placards carried by marchers in Paris said “I will never stop filming” and “Camera equals mutilation?”

There were also protests in other cities. In Lyon, in the southeast, authorities reported five arrests among people they said attacked police and sought to loot shops.