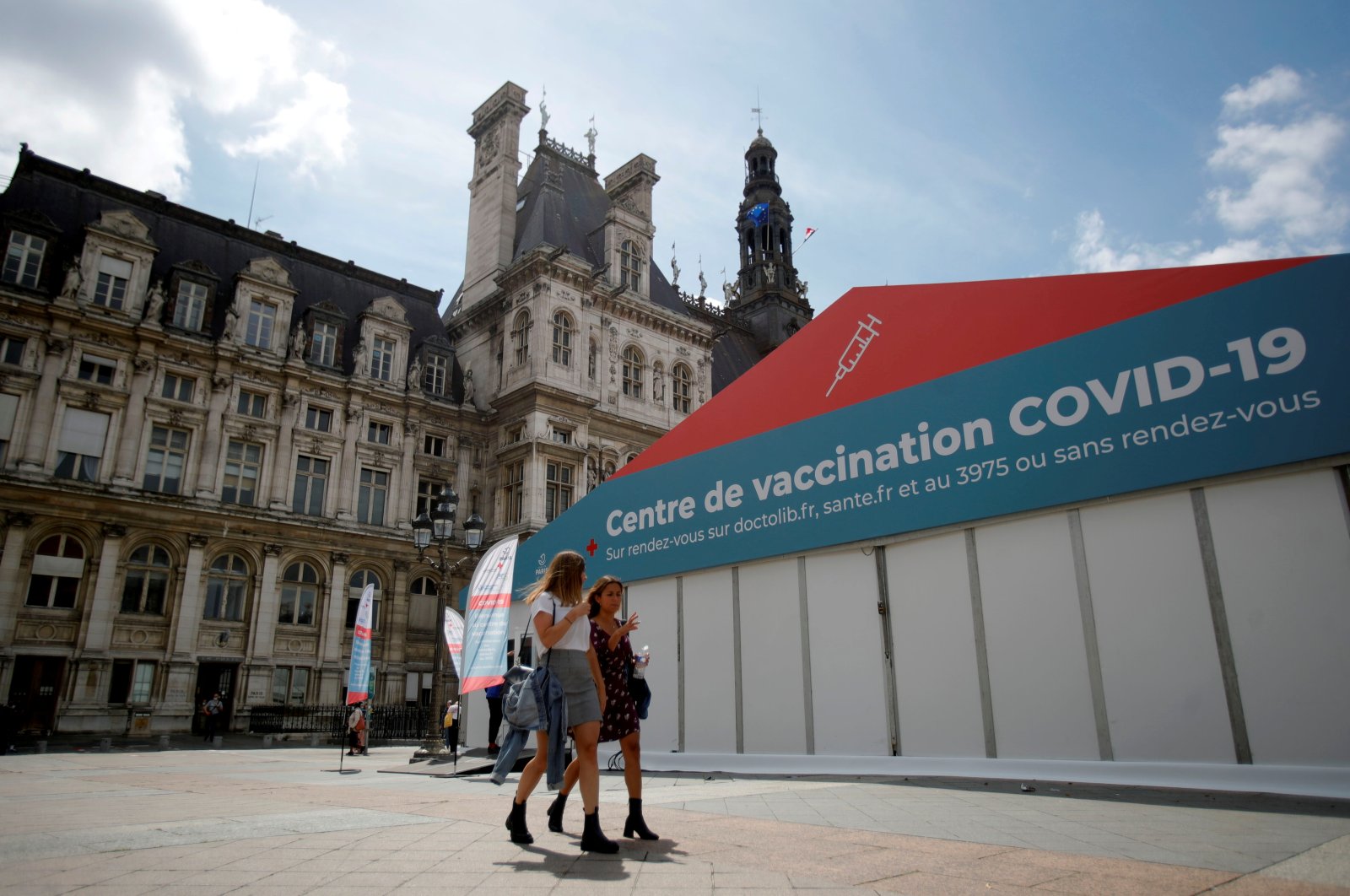 Nearly 1 million people in France made vaccine appointments in a single day after the French president ordered all health care workers to get virus vaccine shots by the middle of September and urged all of his compatriots to get vaccinated as soon as possible.

An app that centralizes France’s vaccine and other medical appointments, Doctolib, announced Tuesday morning that 926,000 people had made appointments Monday, a daily record since the country rolled out coronavirus vaccines in December. People under the age of 35 made up 65% of the new appointments, according to The Associated Press (AP).

President Emmanuel Macron announced Monday that vaccination would be obligatory for all health care workers by Sept. 15, and held out the possibility of extending the requirement to other parts of the population. With infections on the rise again around France, expectations had mounted in recent days that Macron would announce some kind of vaccination requirement, driving new demand for appointments.

Macron said anyone wanting to go out to eat or drink, take a long-distance train or visit a shopping center would need to show a "health pass," which means either proof of vaccination or a negative test. The pass would also be needed to attend a festival, a theater show or a cinema screening as part of the government's strategy to tackle the surging number of new cases linked to the delta variant.

Free COVID-19 tests will end in September "to encourage vaccination instead of taking many tests," Macron added in the speech watched by 22 million people.

Around 41% of the French population has been fully vaccinated, though the pace of vaccination waned as summer vacations approached. Health Minister Olivier Veran welcomed the renewed vaccine interest, saying on BFM television Tuesday: "That’s thousands of lives saved.”

Faced with criticism on social media that the government was forcing people to get vaccinated against their wishes, Veran said the health pass was "not a sanction, it's not blackmail." He added the country was far from a situation where the general population was being told the get vaccinated.

"The health pass makes your life easier," he said. "We want to avoid a lockdown at all costs."

The number of new cases has been rising sharply in France – to more than 4,000 cases in recent days because of the more infectious delta variant. More than 111,000 people with the virus have died in France. Veran told BFM TV Tuesday that COVID-19 infections are doubling every five days in France, as Reuters reported.

Stanislas Niox-Chateau, who heads Doctolib, told RMC radio there were record numbers seeking vaccines after the president's announcement. "There were 7.5 million connections on Doctolib in a few minutes. More than 900,000 French people made their vaccination appointment yesterday, which is twice the previous record, which dated from May 11," Niox-Chateau said.

Around 35.5 million people – just over half of France's population – have received at least one vaccine dose so far, but the rate of injections has slowed in recent weeks. At the start of the pandemic, France had some of the highest levels of vaccine scepticism in the developed world.