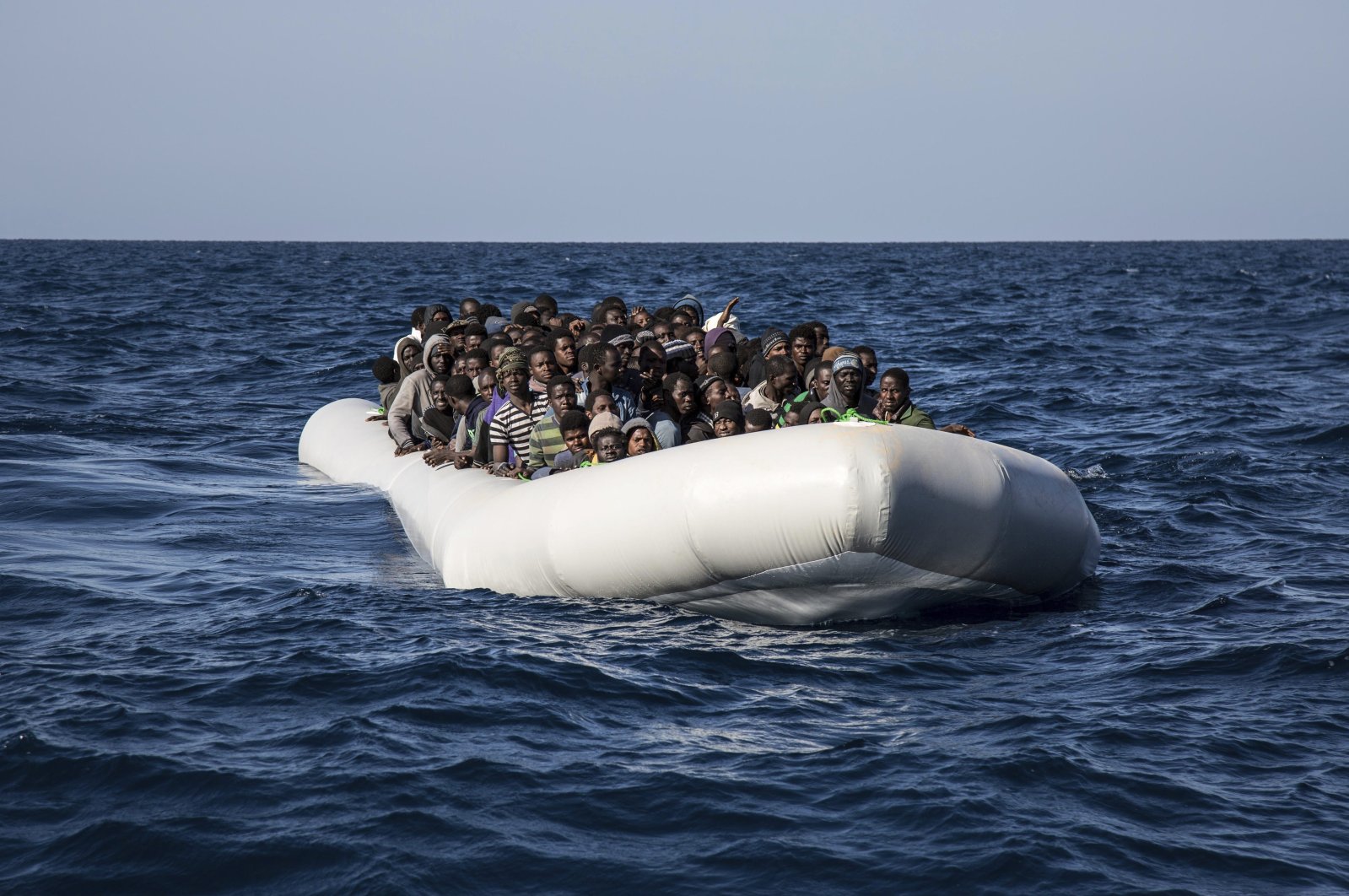 Migrants wait to board the MV Aquarius, after 193 people and two corpses were recovered from international waters in the Mediterranean Sea about 22 miles north of Sabrata, Libya, Jan. 13, 2017. (AP Photo)
by ASSOCIATED PRESS Sep 28, 2021 3:44 pm
RECOMMENDED

A rusty, overloaded fishing boat carrying 686 people docked on the island of Lampedusa in the single biggest arrival of migrants in Italy in years, amid new diplomatic efforts by Mediterranean governments to seek more European help in handling migrant flows.

Italian coast guard ships escorted the 15-meter (45-foot) boat into port late Monday in Lampedusa, Sicily, an island closer to Africa than the Italian mainland that is one of the main destinations for Libyan-based migrant smugglers.

It is rare for such a large smugglers' boat carrying so many people to arrive in an Italian port. More often, smaller groups of migrants are rescued at sea over several days by aid groups after their flimsy crafts take on water. The rescue vessels then bring the migrants onto shore together.

"This is the highest number of persons arrived on a single boat in 2021," noted the United Nations High Commissioner for Refugees (UNHCR). "Such numbers – in a single arrival – were not registered since August 2016."

According to the aid group Mediterranean Hope in Lampedusa, the passengers included 658 men, 12 women and 12 minors. They hailed from Egypt, Morocco, Chad, Ethiopia, Syria, Nigeria, Sudan and Senegal who had set off from Zuwarah, Libya.

The UNHCR said many were suffering from scabies, a contagious skin disease, suggesting they had been held in close quarters in Libya before departing. As is common, the Bangladeshis and sub-Saharan Africans were held in the lower deck of the vessel, the agency said.

Once the ship docked, the passengers disembarked and were taken to a reception center where they were being processed. Recently Italy began a program to vaccinate newly arrived migrants in Lampedusa against COVID-19.

The arrivals were the latest in a year that has seen a marked increase in the number of migrants arriving in Italy. As of Monday, 44,778 migrants had disembarked in Italy this year, with the top nationalities being Tunisia, Bangladesh and Egypt.

The total is nearly double the number of arrivals in the first nine months of 2020 and five times the number of 2019, according to Interior Ministry statistics.

The arrivals have added urgency to efforts by Mediterranean countries to pressure the European Union to develop a more equitable migration policy that addresses the problem driving people to flee their homelands and shares the burden beyond front-line European countries.

Interior Minister Luciana Lamorgese met with her counterparts from Spain, Malta, Greece and the Greek Cypriot administration this week in Malaga, Spain and said there was an "urgent” need to craft a European policy that is equitable and provides "ambitious” financing for border patrols, redistribution and repatriation programs.