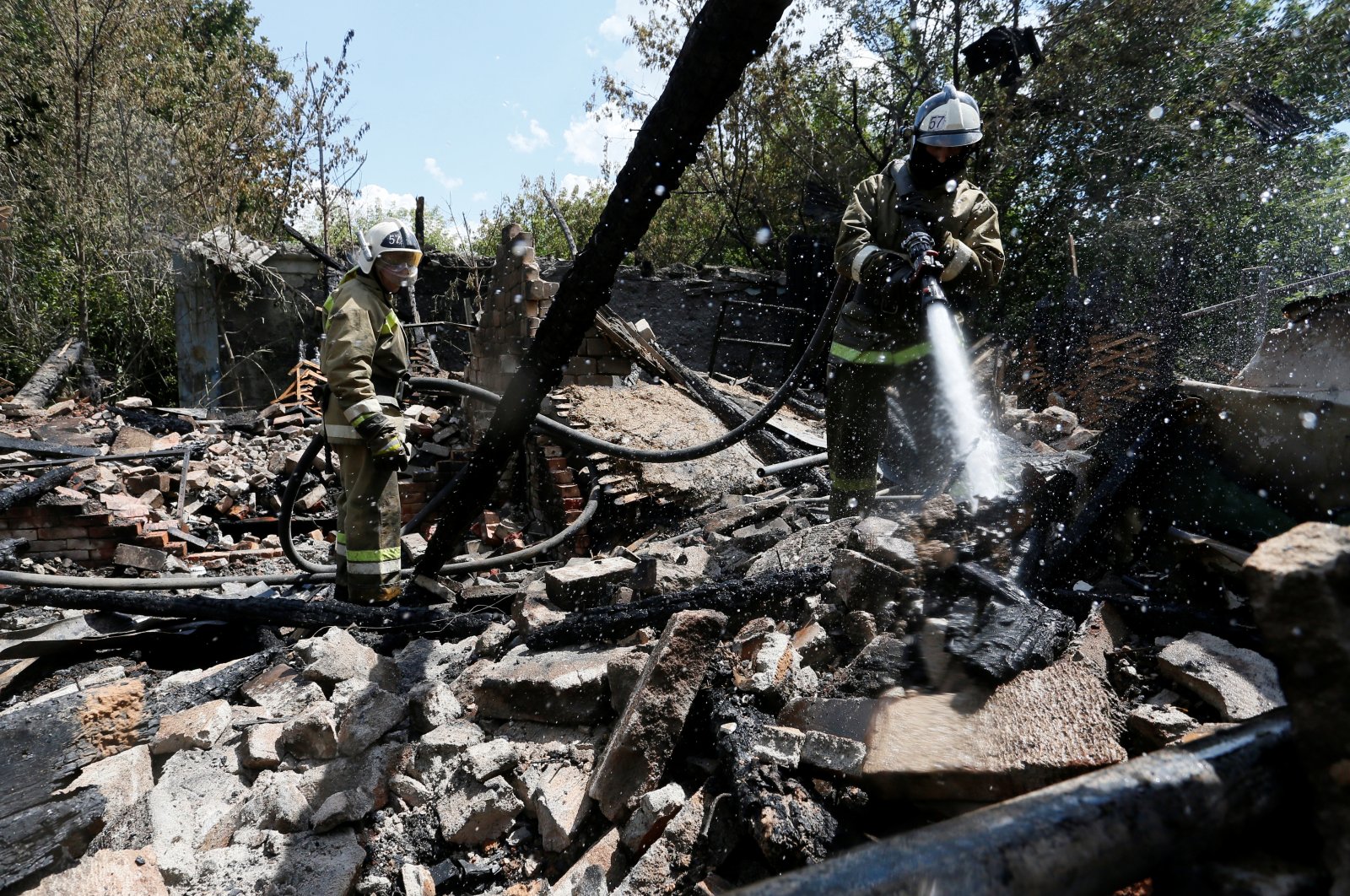 Firefighters work at the ruins of a house, which locals said was destroyed during a recent shelling, in the rebel-controlled city of Donetsk, Ukraine, July 22, 2020. (Reuters Photo)
by Agencies Jul 23, 2020 9:56 am
RECOMMENDED

Ukrainian, Russian and Organization for Security and Co-operation in Europe (OSCE) negotiators reached an agreement Wednesday for a full cease-fire between government forces and pro-Russian separatists in eastern Ukraine, the Ukrainian president's office said, in the latest attempt at restoring peace to the area.

A simmering conflict between Ukrainian troops and Russian-backed rebels has killed more than 13,000 people since 2014. Pro-Russian rebel groups have been battling the Ukrainian military in Donetsk and Luhansk, near the Russian border. Major combat ended with a cease-fire agreed in the Belarus capital Minsk in 2015, but sporadic clashes still regularly kill civilians, Ukrainian soldiers and separatists.

"The breakthrough ... is the result of the effective work of the Ukrainian delegation with the support of our international partners in Berlin and Paris," President Volodymyr Zelenskiy's press service said in a statement.

About two dozen attempts at a complete cease-fire have so far failed. The cease-fire is considered an important prerequisite for a new Ukrainian crisis summit. Chancellor Angela Merkel and French President Emmanuel Macron have said they want to bring Russian President Vladimir Putin and Zelenskiy back together. Zelenskiy has sought to resolve the conflict since his election last year, arranging a number of prisoner swaps. Ukraine and Russia have been foes since 2014, when Moscow seized Ukraine's Crimea peninsula and backed the rebellion in the east.