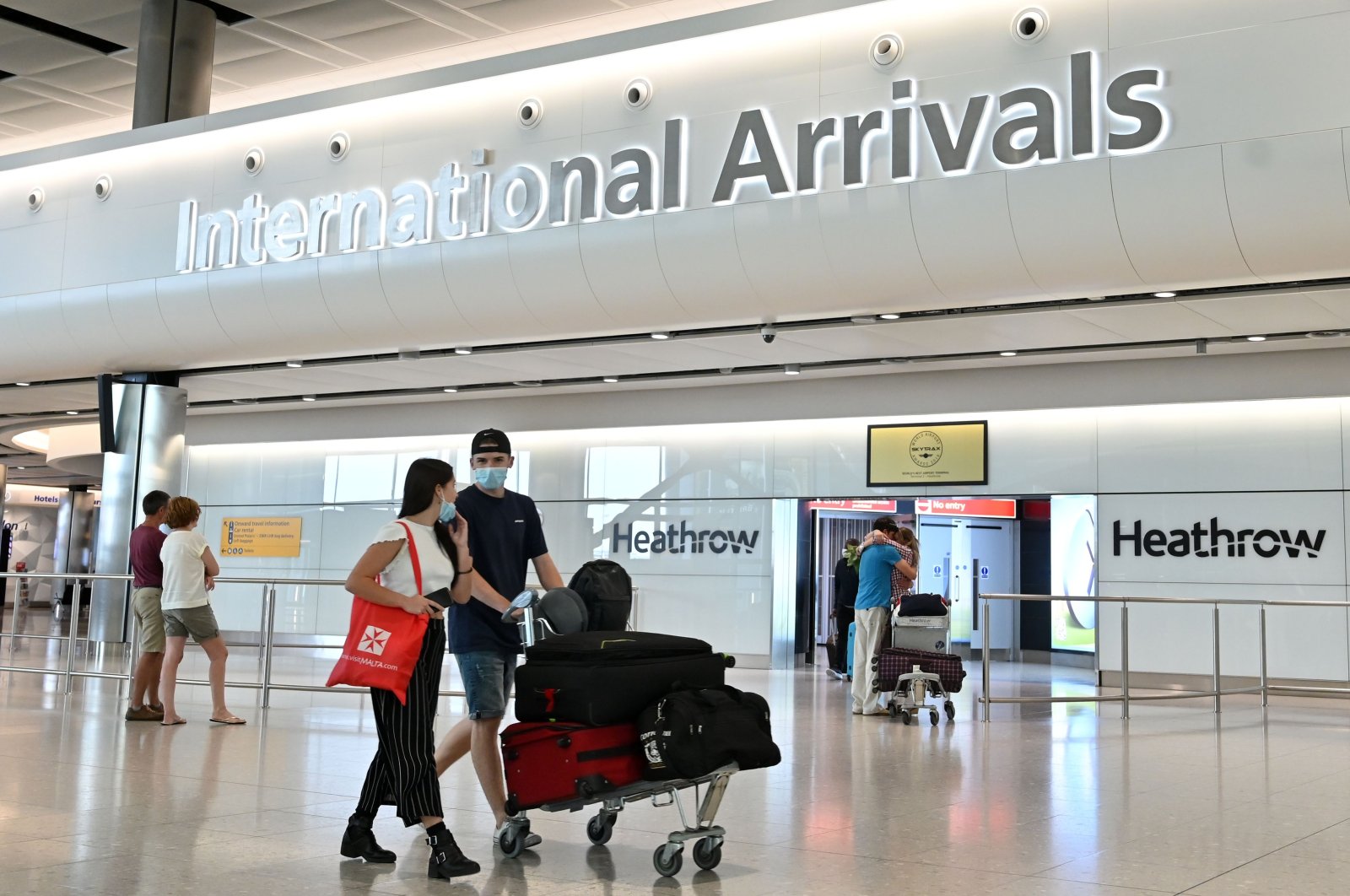 In this file photo taken on May 9, 2020, passengers wearing face masks as a precautionary measure against COVID-19, walk through the arrivals hall after landing at Terminal Two of London Heathrow Airport in west London. (AFP Photo)
by French Press Agency - AFP Jan 14, 2021 8:26 pm
RECOMMENDED

Britain will ban all arrivals from South America, Panama, Cape Verde and Portugal from 0400 GMT Friday over fears of importing a new coronavirus variant in Brazil, the U.K. government said Thursday.

"This measure does not apply to British and Irish Nationals and third-country nationals with residence rights," he added.

Shapps said such passengers returning from these destinations must nonetheless self-isolate for 10 days along with their households.

There will be an exemption for haulers traveling from Portugal to allow the transport of essential goods.

The Department for Transport said it was also imposing a ban on direct flights to England from the targeted countries, impacting services from Argentina, Brazil, Cape Verde and Portugal.

The embargo excludes cargo and freight without passengers, but no other exemptions – including those related to employment – would apply, it added.

Numerous virus variants have been identified since the pandemic began last year, including a more contagious one that has led to a surge of infections in Britain in recent months.

However, another strain, known as E484K, detected initially in South Africa and on subsequent variants in Brazil and Japan, has raised greater alarm among researchers over its possible impact on immunity.

The U.K. government has faced criticism over its borders' policy during the health crisis, initially allowing international arrivals and departures to continue last year even as infections surged.

It then introduced requirements to self-isolate if people have been somewhere that is not on a regularly updated "travel corridors" list.

But from next Monday, travelers will need to present proof of a negative coronavirus test result in order to be allowed into England, or face a 500-pound ($685) fine on arrival.

The change announced last week was set to begin Friday, but late Wednesday the government said it was delaying its imposition in order to give travelers more time to prepare.

Prime Minister Boris Johnson's spokesman defended the delay after it drew fresh criticism of his handling of the crisis.

"We've implemented a grace period over the weekend ... so that passengers can have a little bit more time to ensure they can get access to the tests they need that meet our requirements," he told reporters.

"We will continue to take the actions that we deem appropriate."

Britain has been one of the worst-hit countries in Europe by the pandemic, recording nearly 85,000 deaths and more than 3.2 million cases to date.