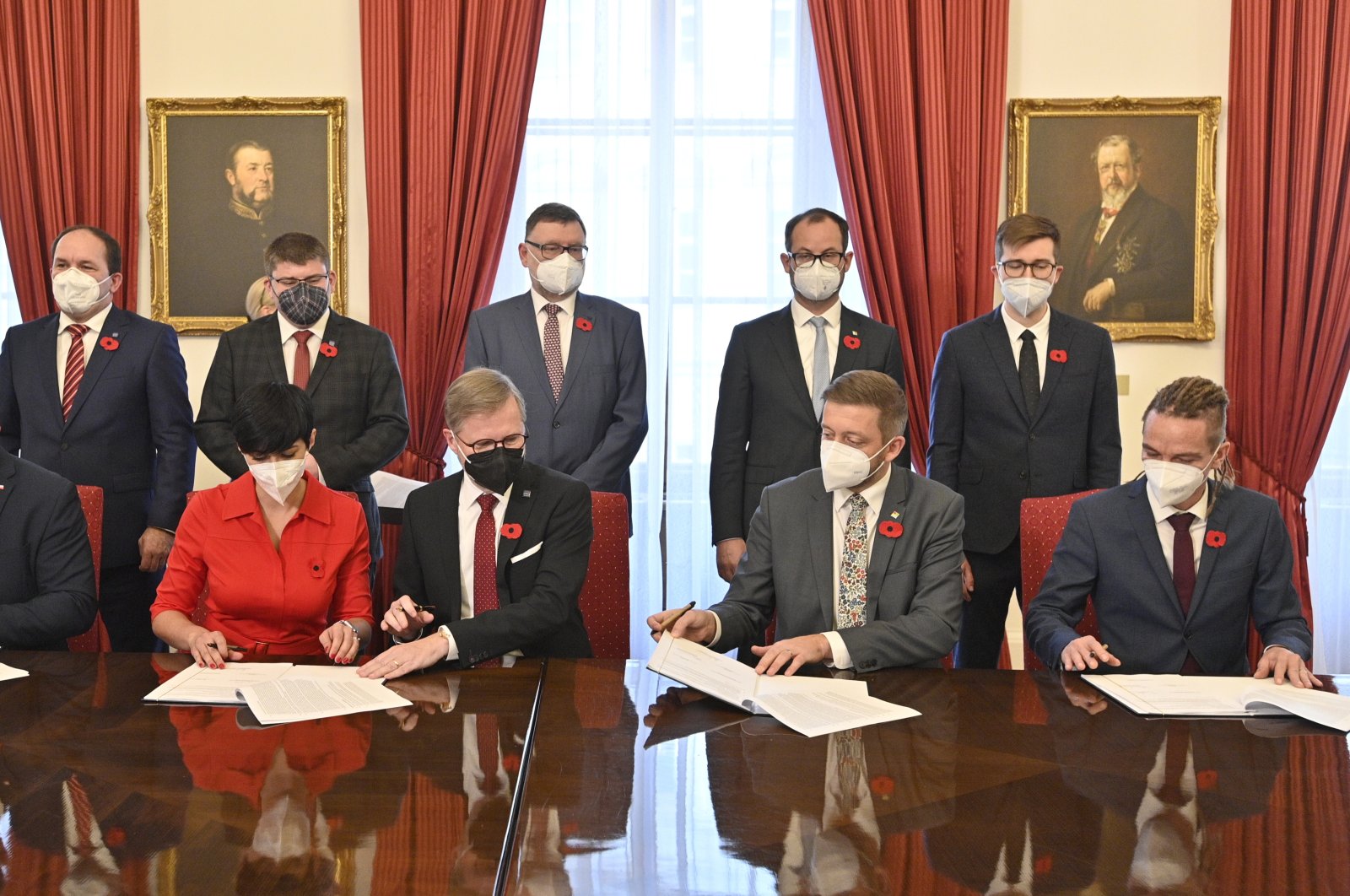 The Czech Republic gained a new government on Monday after two party coalitions that garnered a sizeable chunk of votes in the country's parliamentary election last month signed a power-sharing deal.

A three-party, liberal-conservative coalition dubbed Together, composed of the Civic Democratic Party (ODS), Christian Democrats and the TOP 09 party, led the election with a 27.8% share of the vote.

Together teamed up with a center-left liberal coalition made up of the Pirate Party and STAN – a group of mayors – which came in third place with 15.6% of votes.

The new partnership will hold a 108-seat majority in the the 200-seat lower house of Parliament, relegating outgoing Prime Minister Andrej Babis and his centrist ANO (YES) movement to the opposition.

"We’re aware there are no easy times ahead of us,” said Petr Fiala, the coalitions’ candidate for prime minister.

The parties agreed to form an 18-member government. Babis narrowly lost the election with 27.1%. Monday’s signing takes the populist billionaire a step closer to the end of his reign in power.

President Milos Zeman has indicated that he was willing to swear in Fiala as prime minister, but it wasn't immediately clear when that might happen. Zeman, who is currently hospitalized, had previously said that he wanted to reappoint his ally Babis, who refused the offer, saying he will be in the opposition.

The five parties are closer to the European Union than Euroskeptic Babis. The new parliament also convened for the first time to elect a new speaker and other parliamentary officials.

Among the new government's immediate tasks are a new surge of coronavirus infections and high inflation driven up by soaring energy prices.