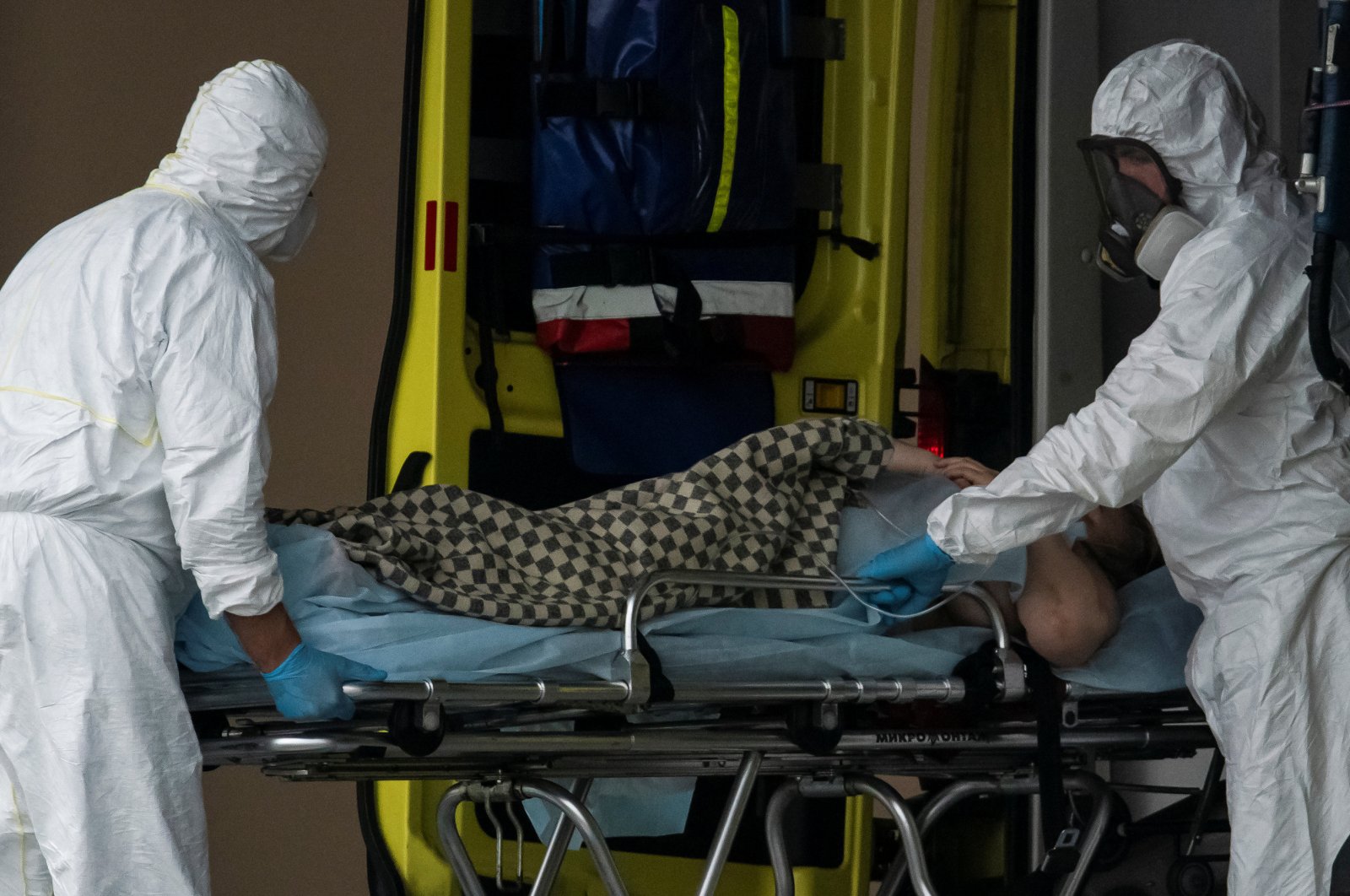 Medical specialists transport a person on a stretcher outside a hospital for patients infected with COVID-19 on the outskirts of Moscow, Russia, May 12, 2020. (Reuters Photo)
by Daily Sabah with Agencies May 14, 2020 12:27 pm
RECOMMENDED

Daily new coronavirus cases in Russia fell below 10,000 for the first time in nearly two weeks on Thursday, offering hope for the country with the world's second-most infections.

The number of daily new cases in Russia has fallen several times this week and Thursday's tally was the first below 10,000 since May 3.

Russia this week became the country with the second-highest number of confirmed cases after the United States, in part due to a massive testing campaign that has seen 6 million tests carried out.

But the official fatality rate is low in comparison to countries like the United States, Britain, Italy and Spain.

Health officials said that 93 people had died in the last 24 hours, bringing the total death toll to 2,305.

Authorities say the low mortality rate is because Russia was able to learn lessons from the experiences of western Europe, moving quickly to isolate travelers and people at risk, and launch a vast campaign to test and quarantine those infected.

Moscow, the epicenter of the contagion in Russia accounting for roughly half of all infections, recorded 4,712 new cases. But critics have cast doubt on the figures, accusing the authorities of undercounting by blaming virus-related deaths on other causes.

On Wednesday city health officials claimed that more than 60% of deaths among Moscow's COVID-19 patients are not being included in the city's officials virus death toll.

Critics said that Russia only counts the deaths of coronavirus-positive patients toward its total if pathologists say the virus played a direct role in their death.

According to the health department, Moscow reported 639 deaths caused by COVID-19 in April, which means that about 1597 coronavirus-positive patients died that month overall.

First published by The Moscow Times, preliminary data from Moscow's civil registry office showed 20% more deaths in April 2020 than the average April mortality total over the past decade, suggesting that the city's excess deaths could be linked to COVID-19.

The Health Department said Wednesday that this data is "incorrect to compare monthly deaths rate." It added that officials are underreporting the coronavirus fatalities in the country.