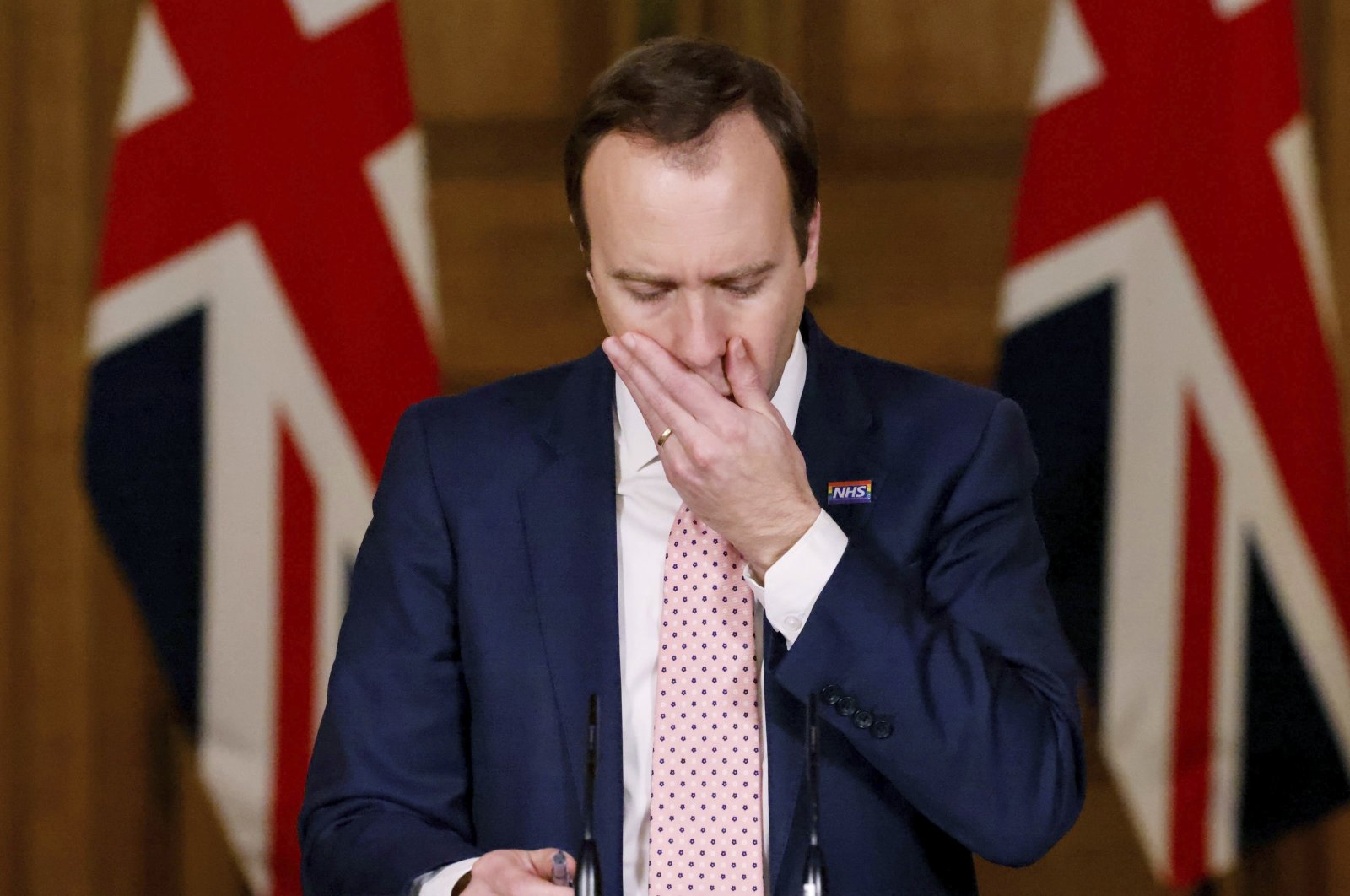 Britain's health minister warned Sunday that a strict lockdown imposed on London and southeast England may last for months because a new strain of the coronavirus was "out of control."

Health Secretary Matt Hancock warned that the strict measures that affect almost a third of England's population could stay in place until the virus vaccine is fully rolled out.

"Unfortunately the new strain was out of control. We have got to get it under control."

Around 16.4 million people entered the strictest "tier four" measures from Sunday, which equals 31% of England's population.

They are not allowed to hold family gatherings for Christmas, while in the rest of the country a limited number of households are allowed to mix on Christmas Day only, rather than the five days originally proposed.

"It's going to be very difficult to keep it under control until we have the vaccine rolled out," he said, adding: "This is what we face over the next couple of months."

The U.K. hopes to reach a figure of half a million vaccinations over the weekend, the health minister said.

London's Metropolitan Police said it would take action against those who "make reckless decisions that risk lives."

Other U.K. regions also tightened their anti-virus measures in response.

Wales introduced a strict lockdown from Sunday, while Scotland banned travel to and from other U.K. regions for Christmas and announced it will double its police presence along the English border.

She said that scientists in November found the new strain was behind a cluster of cases in Kent which spread into London and Essex and informed the government on Dec. 11.

Public Health England then again notified the government on Friday when modeling revealed the full seriousness of the new strain, she said.

She confirmed the figure given by Johnson that the new virus strain could be 70% more transmissible while saying this was an initial figure.

"I think 70 percent looks like a good number to land on at the moment," she said.

The virus has been found in all regions of England but in small numbers, Hopkins said.

Hancock said cases had also been identified in Australia and Europe.

Patrick Vallance, the government's chief scientific adviser, said on Saturday that the new strain contained 23 differences, including to the way the virus binds to human cells and enters cells.

Simon Clarke, Associate Professor in Cellular Microbiology at the University of Reading, told Agence France-Presse (AFP) that the mutations affect the "spike protein" that studs the virus and is targeted by vaccines.

"If we look at the changes that those mutations make to the spike protein, which is target for the vaccine, then we don't think they are sufficient enough to change the effectiveness of the vaccine," he said.

London Mayor Sadiq Khan told Sky News that London now has the same number of hospital patients with the virus as during the peak of the first wave in April. Cases have also grown rapidly among those aged 10 to 19, he said.

The grave situation prompted widespread criticism of the prime minister for promising last week not to "cancel Christmas."

"Not much was understood about this mutant virus. But that uncertainty should have been enough for the PM to see that then was the time to call off Christmas," wrote The Sunday Mirror weekly.

London's Oxford Street is usually packed with Christmas shoppers but was almost deserted on Sunday.

Some passers-by said they backed the measures.

"It was necessary to do it before and making wild promises hasn't helped the situation at all," said David, a 59-year-old working in insurance.

"It shouldn't be some sort of diktat that happens overnight," he said.