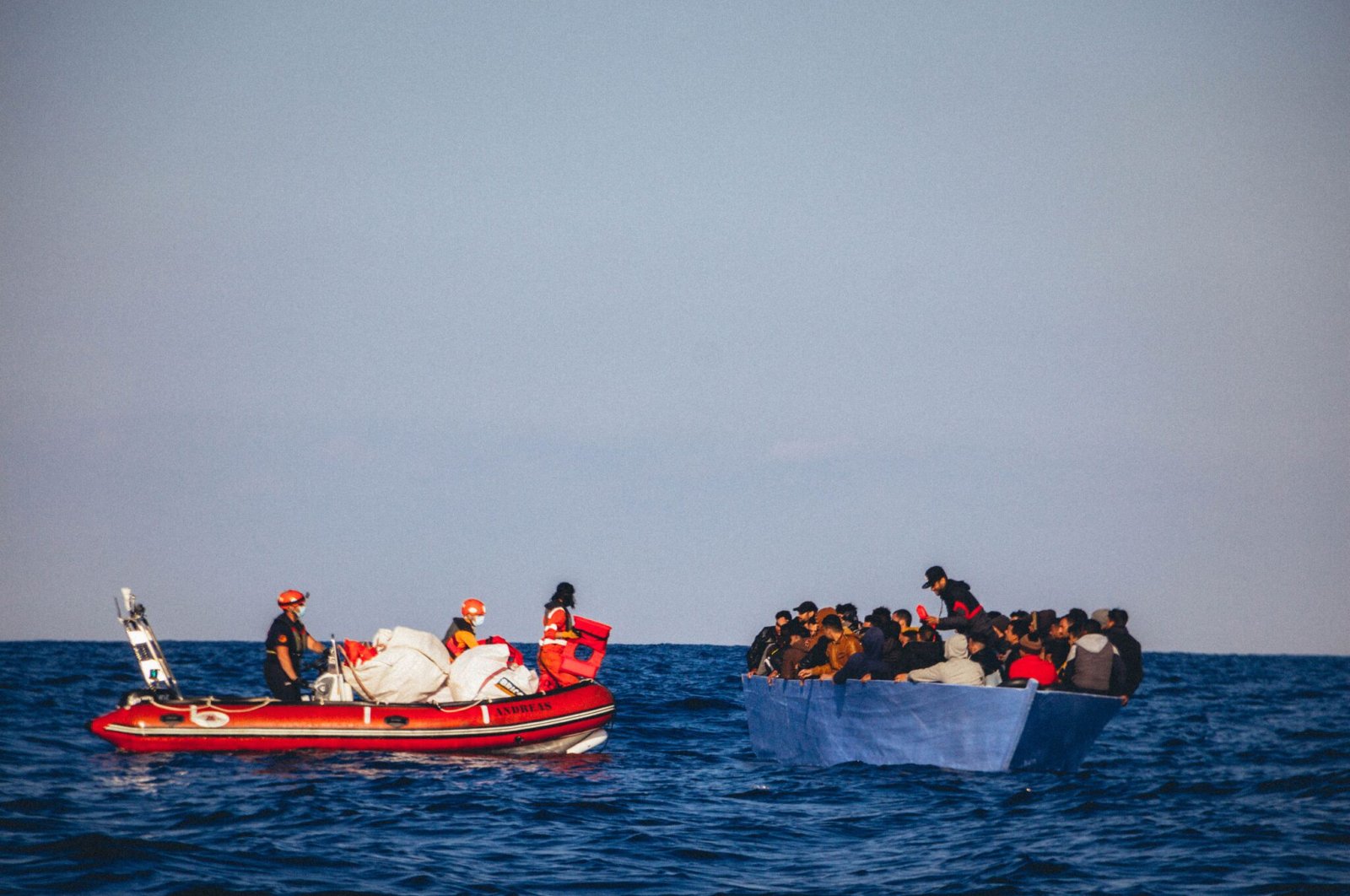 Rescue organizations have restarted missions to save hundreds of migrants stranded at sea, two months after abandoning operations due to the coronavirus pandemic

A German nongovernmental organization was seeking a safe port on Tuesday after it saved 150 people from small boats in distress off the Libyan coast as rescue missions have been relaunched earlier this week after a two-month break amid the coronavirus pandemic in a bid to save migrants at risk of dying at sea.

The vessel, Sea Eye, pulled 68 people from the Mediterranean on Monday morning before picking up dozens more later, the group said in a statement.

Sea Eye, the only NGO running rescue operations since the coronavirus pandemic intensified last month, said it had received a message from Germany's Federal Ministry of the Interior on Monday asking it "not to begin any voyages and recall ships already at sea."

Meanwhile, Italy and Malta "made clear to the (German) foreign ministry that they would not agree to rescue people disembarking" even if there was an agreement to share them among European Union member states.

The NGO nevertheless appealed to Berlin to help it organize transport for the 150 migrants to Germany. Italy, the most common destination for rescue boats, has been ravaged more than any other country by the novel coronavirus, with more than 100,000 confirmed cases and 11,000 deaths. Border closures have also prevented other NGOs from mobilizing staff from across Europe for rescue missions.

In 2019, the International Organization for Migration (IOM) recorded 1,283 deaths in the Mediterranean, with the route between North Africa and Italy the deadliest. At least 19,164 migrants are estimated to have died at sea in the last five years. According to 2018 figures, six people died every day while attempting to reach European shores.

European countries have long been struggling to agree on how to deal with migrants trying to cross the Mediterranean. In 2014, the EU's border control agency, Frontex, decided to end the Mare Nostrum rescue operation. It was replaced by an operation named Triton, conducted from November 2014 to February 2018, and financed by all 28 EU nations at a fraction of the cost. But unlike the earlier program, the new rescue operation has been criticized due to the fact that the main focus of this joint EU mission is only to manage border security control to keep the massive number of migrants from coming to Europe.

Since then, some independent rescue operations by NGOs have attempted to fill the void left after EU efforts ceased, while struggling to save many migrants' lives despite some EU governments' hard-line policies of closing their harbors to humanitarian groups' rescue ships. Both Italy and Malta have impeded NGOs and aid groups from operating rescue boats, either by refusing them entry to their ports or by impounding their vessels and putting their crews under investigation.

Amid a divided response to the Mediterranean migrant rescue crisis, EU countries, proposing only ad hoc solutions, failed to create a more permanent EU redistribution arrangement to prevent migrant tragedies at sea in 2019. Last June, eight of the 28 EU countries, including France and Germany, signaled a clear intention to move forward with a new system called a “solidarity mechanism.” However, they failed to persuade Italy and Malta to allow rescue ships to dock in its ports.