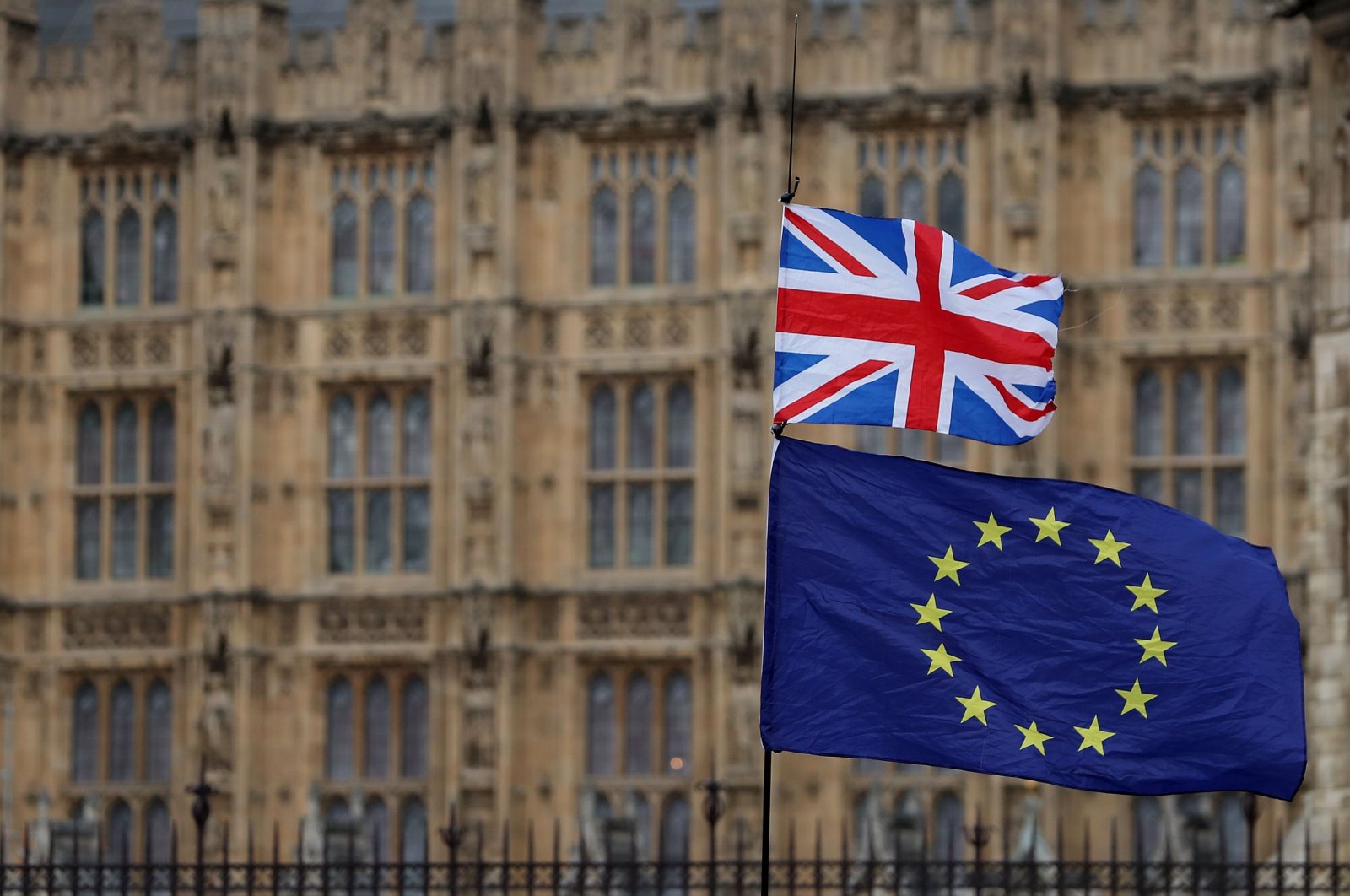 An anti-Brexit activist waves the U.K. and the European Union flag in a demonstration outside the Houses of Parliament in central London, England, Jan. 23, 2019. (AFP Photo)
by REUTERS Mar 05, 2021 6:43 pm
RECOMMENDED

Northern Ireland's first minister said the European Union's promise of legal action over the U.K. extending grace periods for trade showed its priority was protecting the trading bloc, not the Belfast peace agreement.

"What they're only interested in is protecting their bloc, they're not interested, as they claim to be, in protecting the Belfast agreement," Arlene Foster told BBC radio on Friday. "If they were, they would not be taking the action that they're taking a present."

The European Union said on Wednesday it would take legal action after the British government unilaterally extended a grace period for checks on food imports to Northern Ireland, a move Brussels said violated the terms of Britain's divorce deal.

However, British trade minister Liz Truss stated that Britain had not breached the Northern Ireland protocol in the Brexit trade deal, reported Reuters.

Foster said the purpose of the protocol was to stop goods from the UK from entering the EU single market, but its effects, and the action taken in both London and Brussels, were "totally disproportionate" to the risks.

"We need (the protocol) to be replaced because certainly extending grace periods are only sticking plasters to what are really fundamental problems in terms of trade," she said.

"There is a fundamental misunderstanding with the European Union as to the damage that they are doing."

Since the EU's promise of legal action, Northern Irish loyalist paramilitary groups have said they are temporarily withdrawing support for the 1998 peace agreement, known as the Belfast peace agreement or the Good Friday agreement, due to concerns over the Brexit deal.