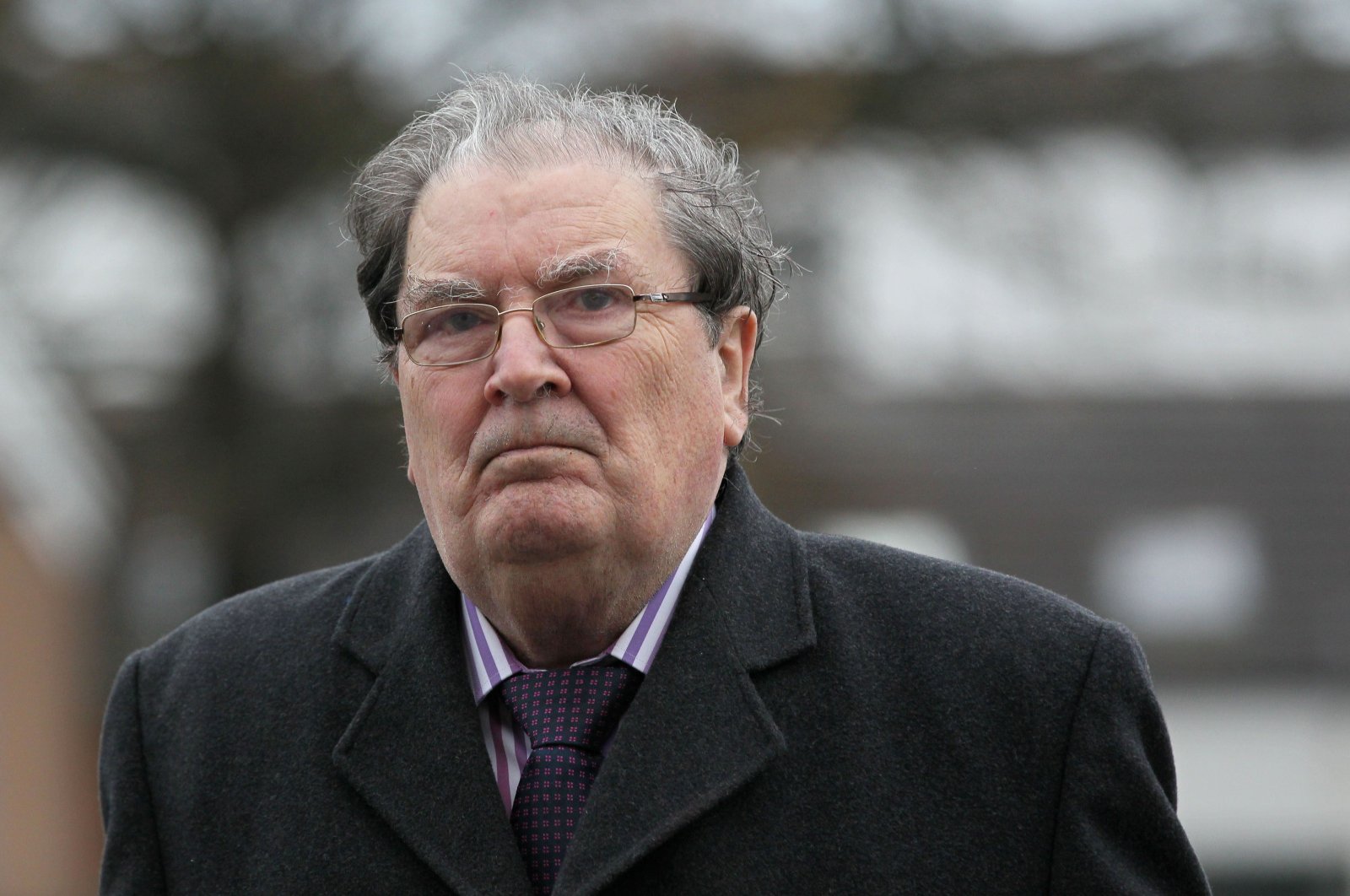 John Hume, the Northern Irish politician who won the Nobel Peace Prize in 1998 for his role in the British province's peace process, has died at age 83, his family announced Monday.

The former lawmaker had dementia and had suffered from poor health for several years.

"We are deeply saddened to announce that John passed away peacefully in the early hours of the morning after a short illness," his family said in a statement.

"John was a husband, a father, a grandfather, a great-grandfather and a brother. He was very much loved and his loss will be deeply felt by all his extended family."

A civil rights leader who joined the Northern Irish civil rights movement in the 1960s, Hume saw nationalism as a declining force. He sought the notion of extending self-government to Northern Ireland with power divided among the groups forming it.

"Ireland is not a romantic dream; it is not a flag; it is 4.5 million people divided into two powerful traditions,'' he said. "The solution will be found not on the basis of victory for either, but on the basis of agreement and a partnership between both. The real division of Ireland is not a line drawn on the map, but in the minds and hearts of its people."

While both Hume and Trimble credited the people of Northern Ireland and the Irish Republic, it was Hume's diplomacy that offered the impetus to the peace process.

Hume won a breakthrough in Belfast’s political landscape in 1993 by courting Gerry Adams, the head of Sinn Fein, the political wing of the Irish Republican Army, in hopes of securing an IRA cease-fire.

Hume had envisioned a broad agenda for the discussions, arguing they must be driven by close cooperation between the British and Irish governments. The process was overseen by neutral figures like U.S. mediator George Mitchell, with the decisions overwhelmingly ratified by public referendums in both parts of Ireland.

Irish Prime Minister Micheal Martin said it was "impossible to properly express the scale and significance of John Hume's life."

"He was one of the towering figures of Irish public life of the last century," he said on Twitter. "His vision and tenacity saved this country."

The SDLP said: "We all live in the Ireland he imagined at peace and free to decide our own destiny."

Former British Prime Minister John Major also paid tribute to John Hume, describing the Nobel laureate as one of the most fervent warriors for peace who had earned himself an honored place in Irish history.

"Few others invested such time and energy to this search, and few sought to change entrenched attitudes with such fierce determination," Major said in a statement.

"Those whose communities have been transformed into peaceful neighborhoods may wish to pay tribute to one of the most fervent warriors for peace. He has earned himself an honored place in Irish history."

Hume's family said his funeral would be arranged in accordance with current government regulations severely limiting the number of attendees due to the risk of spreading the coronavirus.

"We realize this will mean that many will be unable to join us, and we will arrange a memorial service and a celebration of his life in due course," they said.