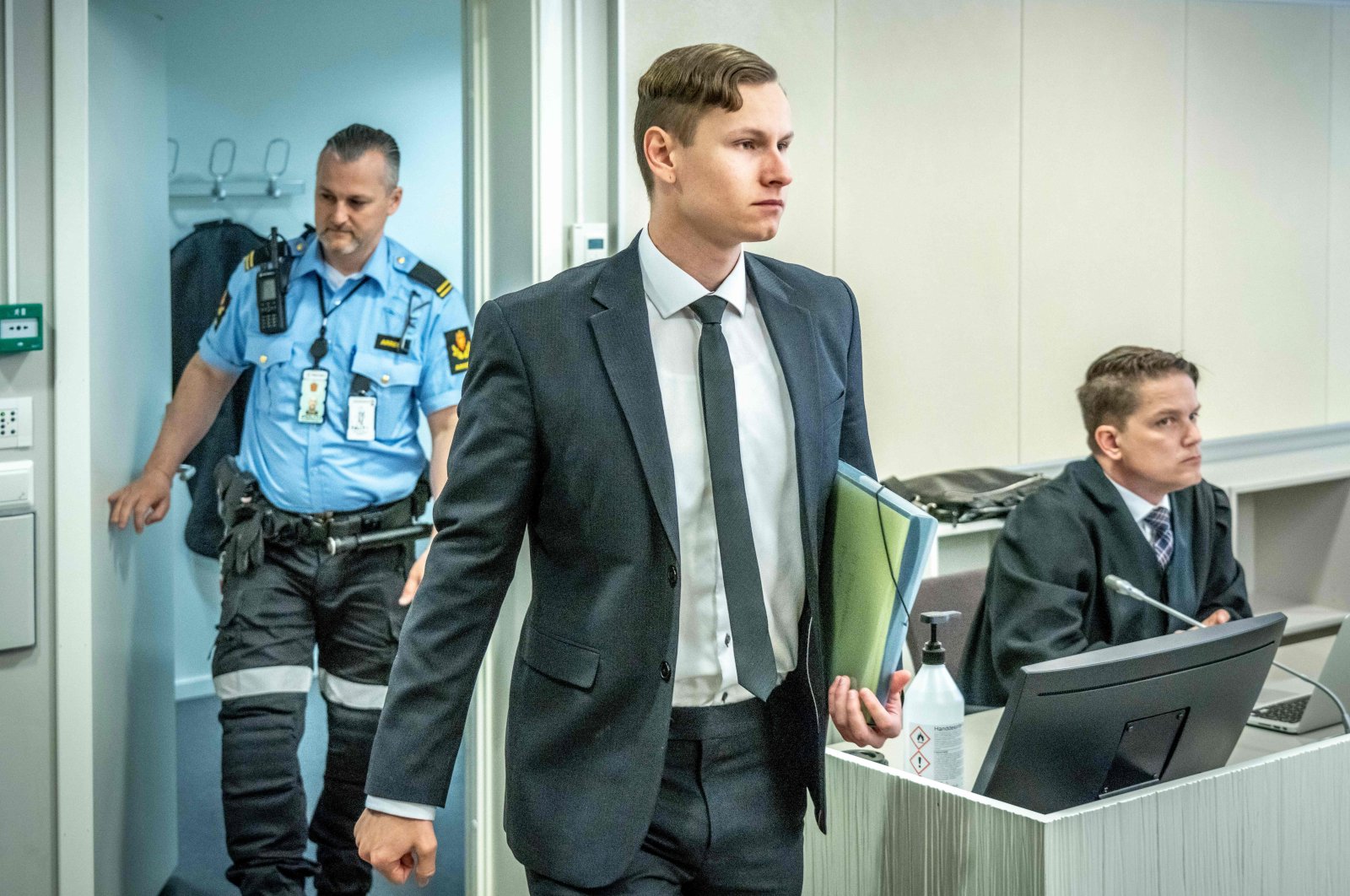 Terror charged, Norwegian Philip Manshaus enters the Asker and Baerum district court for the last day of his trial in Sandvika outside Oslo, Norway, May 20, 2020. (AFP Photo)
by French Press Agency - AFP May 20, 2020 2:25 pm
RECOMMENDED

Norwegian prosecutors on Wednesday requested a 21-year sentence for a far-right extremist who admitted to opening fire in a mosque near Oslo after killing his step-sister.

Philip Manshaus, 22, is accused of murder and committing an act of terror.

"He seems likely to be dangerous for a very long time," prosecutor Johan Overberg, told a court outside Oslo in his closing statement.

Manshaus was arrested on Aug. 10, 2019 after opening fire in the Al-Noor mosque in the affluent Oslo suburb of Baerum while wearing a bullet-proof vest and a helmet with a camera strapped to it.

Just three worshippers were in the mosque at the time, and there were no serious injuries as a 65-year-old man overpowered Manshaus.

The body of his 17-year-old step-sister was later found in their home.

Norway does not have a life sentence, but the custodial sentence requested can be extended indefinitely as long as the person is considered a threat to society.

In his indictment, Overberg argued that the murder of Manshaus' step-sister was a "planned execution" with a "racist motive."

In the mosque, where worshippers were preparing for Eid, Manshaus "wanted to kill as many Muslims as possible," the prosecutor added, stressing that the accused had not shown remorse.

Manshaus has admitted to the facts of the case but pleaded not guilty, claiming his actions came out of "necessity," namely to ensure the "survival of the white race."

He has said he was inspired by the attacks in Christchurch in New Zealand in March 2019, when Brenton Tarrant killed 51 people in shootings at two mosques.

Tarrant in turn has said he was inspired by Norwegian Anders Behring Breivik, who in July 2011 killed 77 people in a truck bomb blast near government offices in Oslo and a shooting spree at a Labour Party youth camp on the island of Utoya.