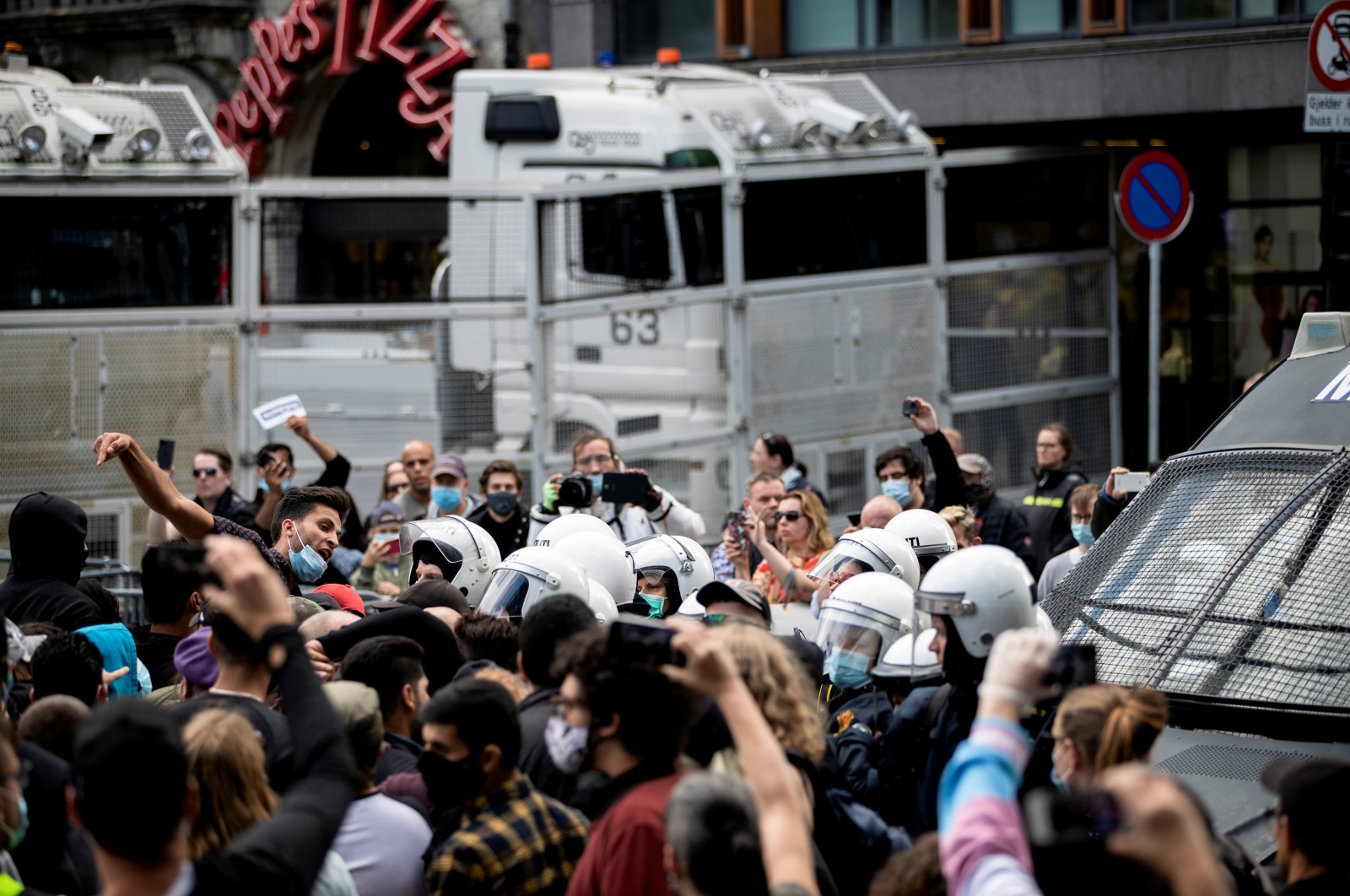 Norwegian Prime Minister Erna Solberg on Monday defended freedom of speech in her country after an anti-Islam rally took place this weekend where pages were torn out of the Quran.

The rally on Saturday near parliament was staged by the group Stop Islamization of Norway (SIAN). A female member of the group was seen ripping out pages from the Quran and spitting on them.

A large group of counter-protesters had also assembled.

Police deployed tear gas and pepper spray as part of efforts to keep the rival groups apart, but one counter-protester managed to breach the cordon and kick the woman.

The police made several arrests.

Solberg told news agency NTB that she was "very worried that freedom of speech, which we strongly defend in Norway, may be experienced differently in other countries, or that it may be perceived that we do not care about the views that SIAN has, because we do."

It is extremely wrong to see racism and hostility toward Islam as part of freedom of speech, the Turkish Foreign Ministry statement said.

The fact that mainstream political parties don't prevent, or partially allow these racist speeches just for the sake of votes is a serious threat, the statement added.