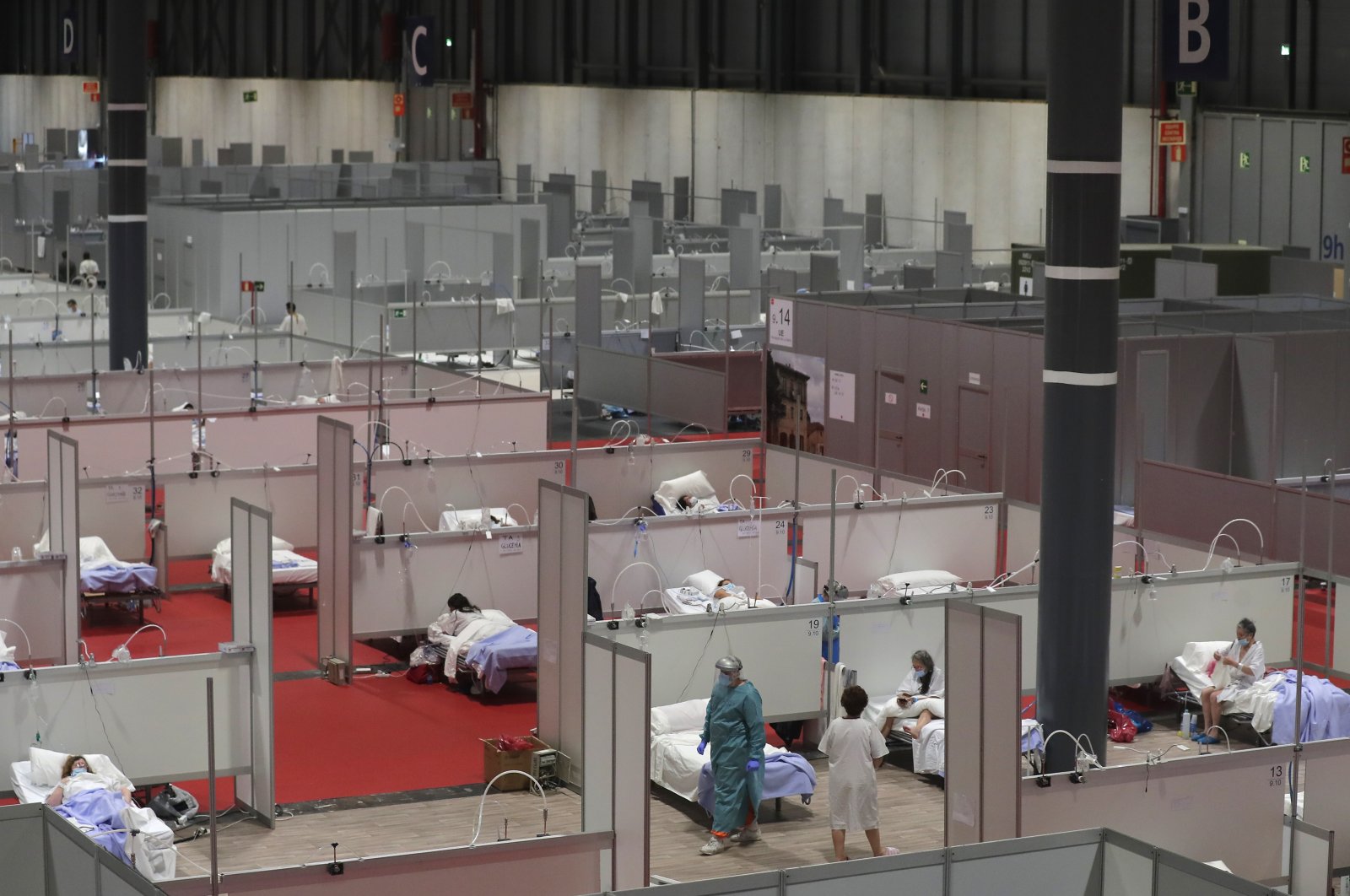 This photo taken on Thursday, April. 2, 2019 shows a general view of a temporary field hospital set at Ifema convention and exhibition in Madrid, Spain. (AP Photo)
by REUTERS Apr 04, 2020 12:45 pm

The number of registered infections rose to 124,736 from 117,710 on Friday, the Spanish health ministry said.

Meanwhile, the country's death toll rose to 11,744 from 10,935 the previous day, the ministry said, though it was the second straight second day in which the daily number of new deaths had fallen.

Italy, the world's second worst-hit country after the U.S., has 119,827 cases and will release new figures later Friday.

Some of Madrid's most famous tourist sites, such as the Royal Palace and Las Ventas bullring, stood eerily quiet on Saturday, as Spaniards readied themselves for a fourth week living under one of Europe's strictest lockdowns.

Only employees in essential sectors such as health are free to travel to and from work. Restaurants, bars and shops are shuttered, and social gatherings are banned.

In a press conference on Friday, Health Minister Salvador Illa said premier Sanchez would call opposition leaders following a meeting of his coronavirus task force on Saturday to let them know his decision on extending the lockdown from the current end date of April 13.

Health officials say the slowdown in new infections proves the effectiveness of the lockdown in place.