Number of right-wing extremists on rise in Germany, report shows 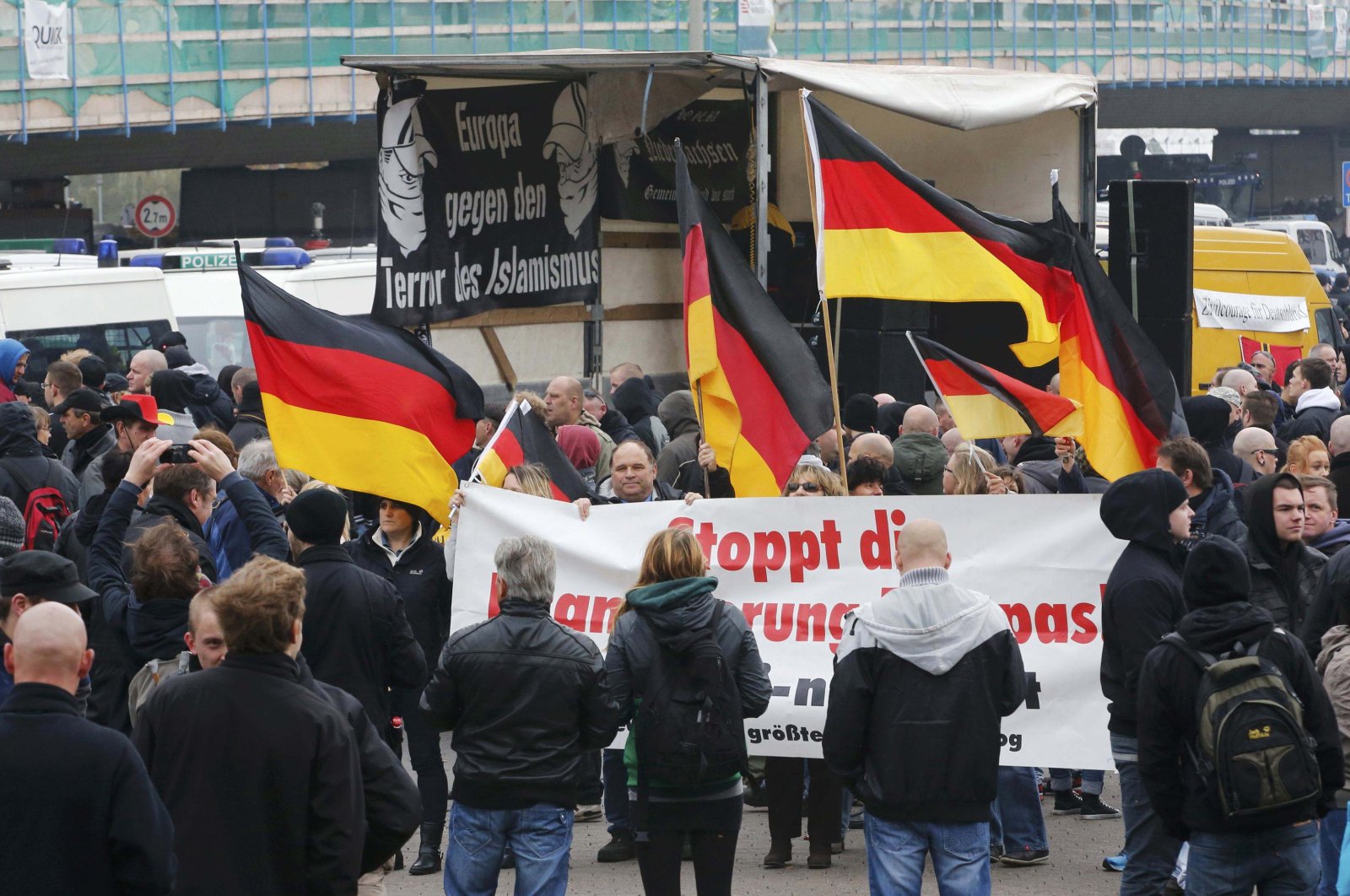 Germany recorded a significant rise in the number of right-wing extremists last year, after security agencies added thousands of members of the country's main far-right party to the count.

An annual report on extremism in Germany released Thursday estimates the number of right-wing extremists in the country at 32,080 last year. This is an increase of almost 8,000 compared with 24,100 recorded in 2018.

The report, released by the BfV domestic intelligence agency, includes for the first time around 7,000 members of the Alternative for Germany party's youth section and a radical faction known as The Wing. Both have come under heightened scrutiny from the BfV because of their perceived extremist tendencies.

German authorities vowed to step up measures against far-right extremism following the killing of a regional politician by a suspected neo-Nazi, an attack on a synagogue in Halle and the fatal shooting of nine people with Turkish and Muslim roots in Hanau over the past year.

"(Far-right extremism) is the biggest security policy challenge in our country,” Interior Minister Horst Seehofer told reporters at the presentation of the report in Berlin.

Authorities in Munich announced that they have searched premises linked to 12 German citizens in three states and neighboring Austria on suspicion of smuggling weapons into the country. The suspects are affiliated with the far-right and the Reich Citizens movement, a loose grouping that denies the legitimacy of the current German state.

The number of far-left extremists increased by 1,500 to 33,500 last year, according to the report. More than two-thirds of those are classified as "not violence-oriented.”

Germany is home to 81 million people and the second-largest Muslim population in Western Europe after France.

Racist attacks targeting Muslims or immigrants increasingly make headlines as white supremacists become more efficient in an age where their ideals, or at least parts of them, are going mainstream. A large, unified group harboring a racist agenda against Muslims and immigrants does not exist at present, but copycat attacks apparently inspire more to take up arms.

Germany has been recording anti-Muslim crimes since 2017. The total number of cases in 2019 has not been officially announced, but in 2018 there were 910, including 48 attacks on mosques alone. That year was a little lower than the number in 2017: 1,095 crimes.

More than 90% were attributed to politically motivated crimes by the far-right. While the overall number of crimes has decreased, violent assaults have increased, according to news agency Die Tageszeitung. In 2017, authorities reported 56 anti-Muslim assaults resulting in 38 injuries. In 2018, there were 74 offenses and 52 injuries – including two attempted murders.

Every other day, throughout 2019, a mosque, a Muslim institution or a religious representative in Germany was targeted in an anti-Muslim attack, an inquiry by the Left Party showed. The figure was collated by the German Interior Ministry under the scope of the new "Attack Catalog," listing anti-Muslim attacks on cultural associations, cemeteries, mosques, religious institutions, representatives, symbols and other places of worship since January 2019. The catalog only contains a portion of all the crimes against Islam but has a broader scope than only listing the attacks on mosques.