'Organized state terror': Iranian diplomat fails to show up to trial in Belgium over bomb plot against dissidents 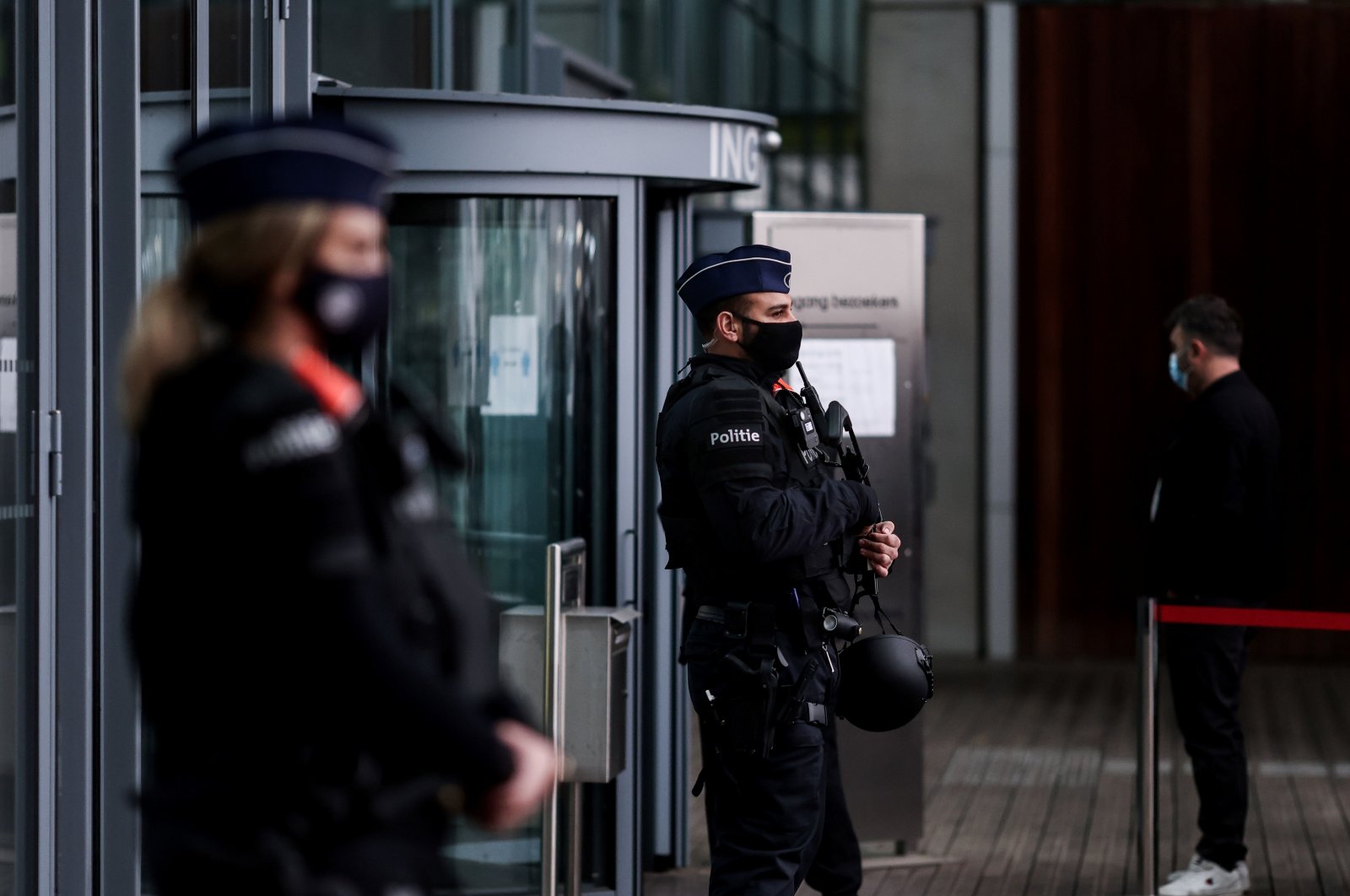 Belgian police officers stand guard at the entrance of an Antwerp courthouse, on Nov. 27, 2020, ahead of the start of the trial of four suspects including an Iranian diplomat accused of taking part in a plot to bomb an opposition rally. (AFP Photo)
by Daily Sabah with DPA Nov 27, 2020 10:32 pm
RECOMMENDED

An Iranian diplomat on trial over a failed explosive attack on a mass rally of exiled Iranians in 2018 did not show up to court in Belgium on Friday, with his lawyer claiming diplomatic immunity. "We are facing a case of organized state terrorism," dissident group National Council of Resistance of Iran's (NCRI) President Maryam Rajavi said regarding the Belgian authorities' ongoing investigation.

"In addition to those being prosecuted in this court today, the time has [come] for the Iranian regime's leaders to be prosecuted as well," she urged, also calling for the European Union to recognize Iran's Ministry of Intelligence and Security (MOIS), which the accused Asadollah A. is suspected to be working for, as a terrorist entity.

Meanwhile, the diplomat's lawyer Dimitri De Beco issued a statement saying that the defendant "is letting himself be represented by his lawyer, which is his right," in comments shared by Belga news agency.

"My client is of the opinion that, as a diplomat, he has immunity and therefore he cannot be convicted by this court," he added.

Four defendants are on trial in an Antwerp court, accused of planning and preparing an attack on the event in France two and a half years ago, which was attended by thousands of people.

Investigators say had the attack gone ahead, it could have resulted in numerous deaths and injuries.

The trial is particularly controversial since one of the defendants was working as a diplomat at the Iranian Embassy in Vienna at the time of the crime.

Investigators say the Iranian man, identified as Asadollah A, is believed to be an employee of MOIS, whose tasks include monitoring and combating opposition groups within and outside Iran.

Therefore, it is possible that the planned attack was based on a direct government order.

On the opening day of the trial the state prosecutor asked for a prison term of up to 20 years for A, and up to 18 years each for the three other defendants, along with the removal of their Belgian citizenship, Belgian news agency Belga said.

The large rally on June 30, 2018, in Villepinte near Paris was organized by the NCRI, which is banned in Iran.

The suspected diplomat was arrested in Bavaria in July 2018 and then handed over to Belgium, a move which the Iranian government has protested.

According to the German Federal Prosecutor's Office in Karlsruhe, Asadollah A commissioned a married couple living in Belgium to carry out the attack and supplied them with a device in Luxembourg that contained 500 grams of TATP explosives.

Belgian special forces were able to stop and arrest the couple, who had the explosives in their car, in time on their way to France.

Tehran claims the diplomat is innocent and believes he should not have been extradited.

The German judiciary argued that the diplomat was not under diplomatic protection when he was arrested because he was outside of Austria on vacation.

Iran has already formally protested to the authorities of the relevant European governments, according to Iranian state news agency IRNA.

A verdict is expected to be reached towards the end of December at the earliest. The defendants face up to 20 years in prison.