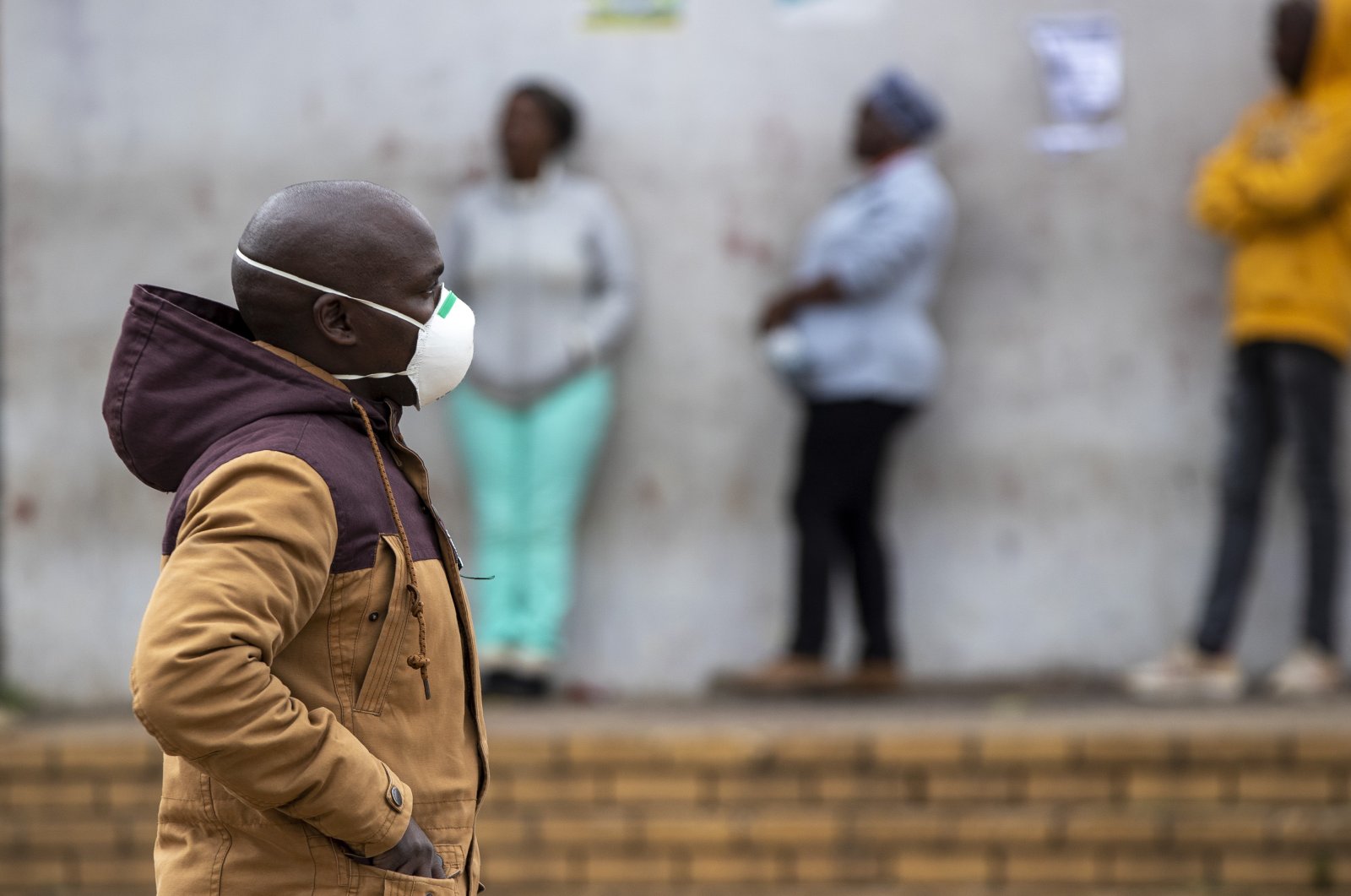 A man wearing face masks to protect himself against coronavirus, walks past people queuing for shopping in Duduza, east of Johannesburg, South Africa, Thursday, April 2, 2020. (AP Photo)
by DAILY SABAH Apr 03, 2020 1:42 am

Outrage sparked after two French doctors suggested to carry out experiments for a COVID-19 vaccine in Africa on live TV.

“If I can be provocative, shouldn’t we do this study in Africa, where there are no masks no treatments, no reanimation?” said one of the doctors named Dr. Jean-Paul Mira on a local TV channel LCI.

“A little bit as is done in some AIDS studies where they use prostitutes to test some things because they know they are highly exposed, and they don’t protect themselves, what do you think?” he added.

The other doctor named Dr. Camille Locht also joined the conversation saying, “So you are right, we’re thinking of parallel study in Africa to use this same kind of approach with the BCG (vaccine) placebo.”

“We think seriously about that,” he added.

The virus claimed thousands of lives in its relentless march across the globe, with Spain and Britain seeing the highest number of daily deaths yet, despite measures putting more than half of the planet on some form of lockdown. Since emerging in China in December, COVID-19 has infected more than one million people – including at least 540,000 in Europe – and claimed more than 51,000 lives, according to some sources. The crisis has put enormous strain on national health care systems and on nurses, doctors and other medical staff working in the most difficult circumstances.