Over 1,000 people evacuated amid wildfires in Spain 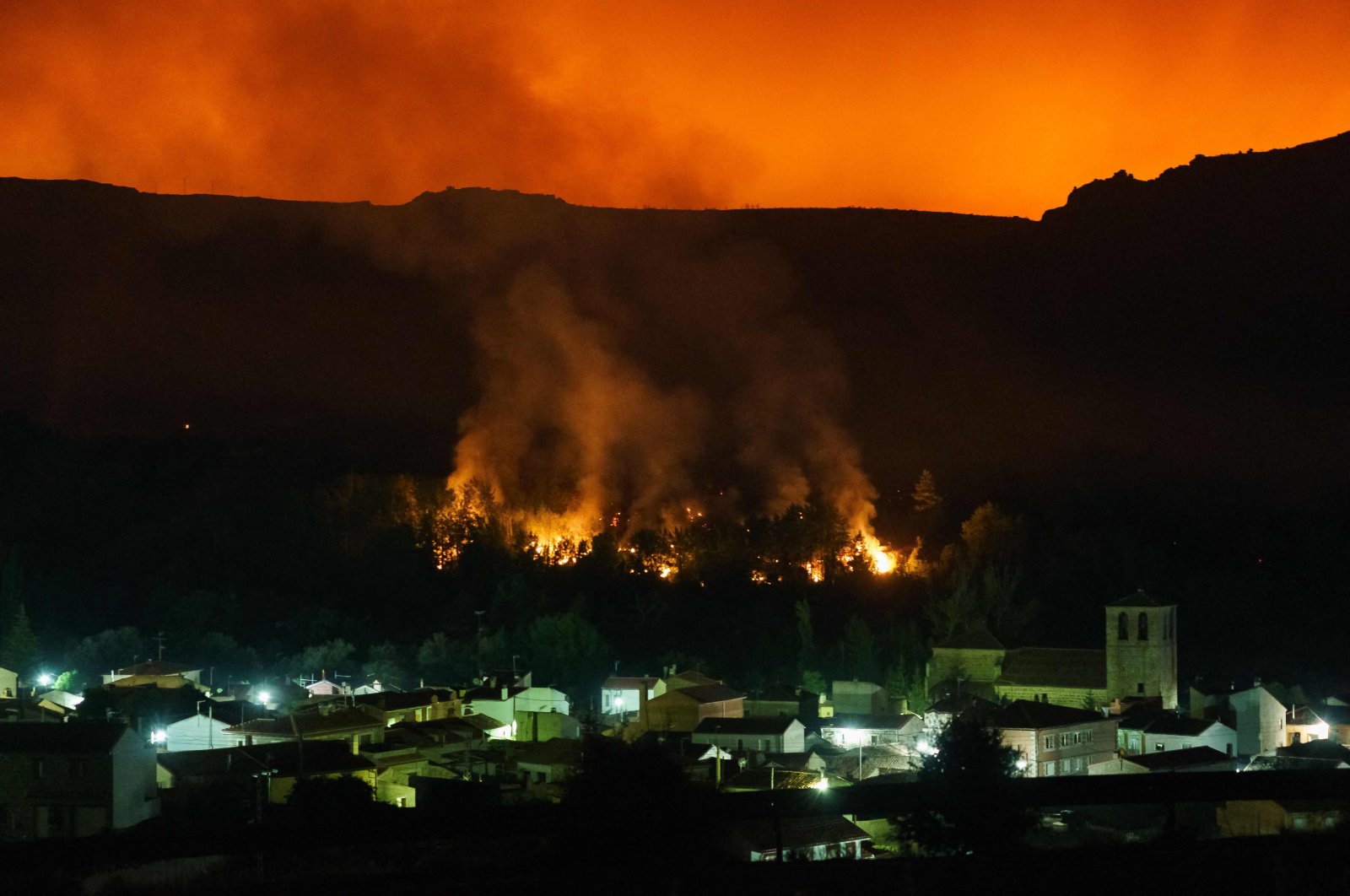 Spanish authorities have evacuated nearly 1,000 people from their homes to protect them from a wildfire that has destroyed at least 12,000 hectares (29,652 acres) of land since Saturday, spurred on by a severe heatwave.

The blaze in Navalacruz, a rural area about 120 km (75 miles) west of Madrid in the central region of Castilla y Leon, began when a car burst into flames on a highway Saturday and forced the evacuation of eight villages.

"If there is no change in the wind conditions, we should be able to stabilize the fire today," he said.

Around 1,000 firefighters, including 140 emergency military personnel, have been deployed to tame the blaze, as well as helicopters and planes, he said.

A video uploaded by the regional government showed columns of black smoke rising out of scrubland as firefighters attempted to stop the flames from advancing. Two other nearby fires have been brought under control, authorities said.