Over 300 schoolboys released after mass kidnapping in northwest Nigeria 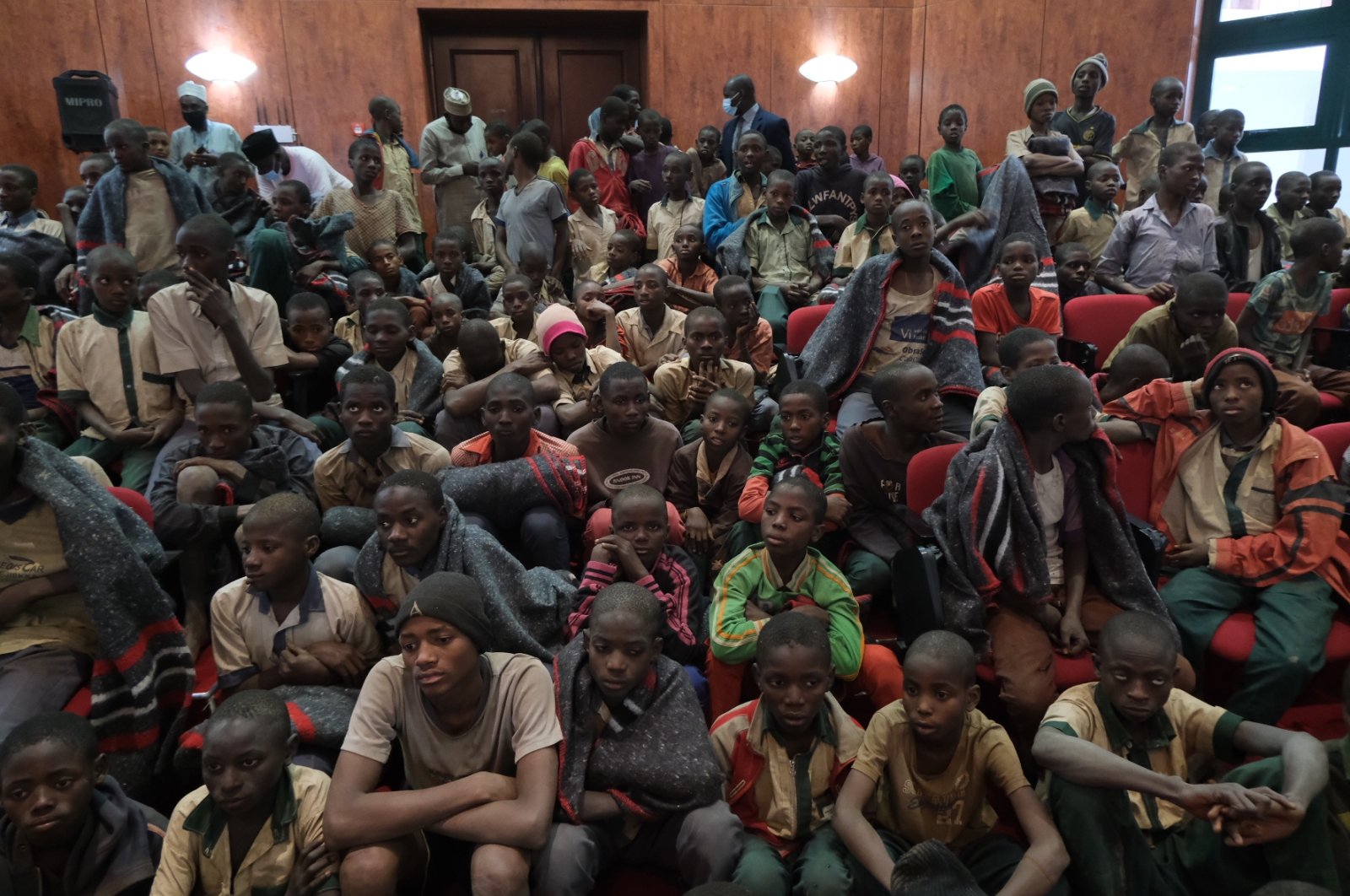 Students gather at the Government House with other students from the Government Science Secondary school, in Kankara, in northwestern Katsina State, Nigeria following their release on Dec. 18, 2020. (AFP Photo)
by Agencies Dec 18, 2020 1:20 pm
RECOMMENDED

More than 300 Nigerian schoolboys were released on Thursday after being abducted in an attack claimed by Boko Haram, officials said, although it was unclear if any more remained with their captors.

The assault last Friday on a rural school in Kankara, Katsina State in northwest Nigeria was initially blamed on criminal gangs who have terrorized the region for years. But on Tuesday the Boko Haram group behind the abduction of 276 schoolgirls in Chibok in 2014 claimed responsibility for the raid. After a six-day ordeal, local officials said the boys had been released.

"344 are now with the security agencies and will be moved to Katsina this night," state governor Aminu Bello Masari told state channel NTA. "I think we have recovered most of the boys, it's not all of them," he said, adding that those who were released "will be given proper medical attention and care before being reunited with their families."

Armed bandits, also known for kidnappings for ransom, have killed more than 1,100 people since the beginning of the year in the region, according to Amnesty International. Friday’s abduction was a chilling reminder of Boko Haram's previous attacks on schools. In February 2014, 59 boys were killed when the fighters attacked the Federal Government College Buni Yadi in Yobe State. In April 2014, Boko Haram kidnapped more than 270 schoolgirls from a government boarding school in Chibok in northeastern Borno State. About 100 of those girls are still missing. In 2018, Boko Haram extremists brought back nearly all of the 110 girls they had kidnapped from a boarding school in Dapchi and warned: "Don’t ever put your daughters in school again.”

While President Muhammadu Buhari cited the release of the Dapchi schoolgirls as a success during a statement to the public late Thursday, he reiterated that there was still a lot of work to do. Amid an outcry in the West African nation over insecurity in the north, Buhari noted his administration’s successful efforts to secure the release of previously abducted students. He added that the government "is acutely aware of its responsibility to protect the life and property of the Nigerians.”

"We have a lot of work to do, especially now that we have reopened the borders,” Buhari said, acknowledging that Nigeria's northwest region "presents a problem” the administration "is determined to deal with,” as reported The Associated Press (AP).