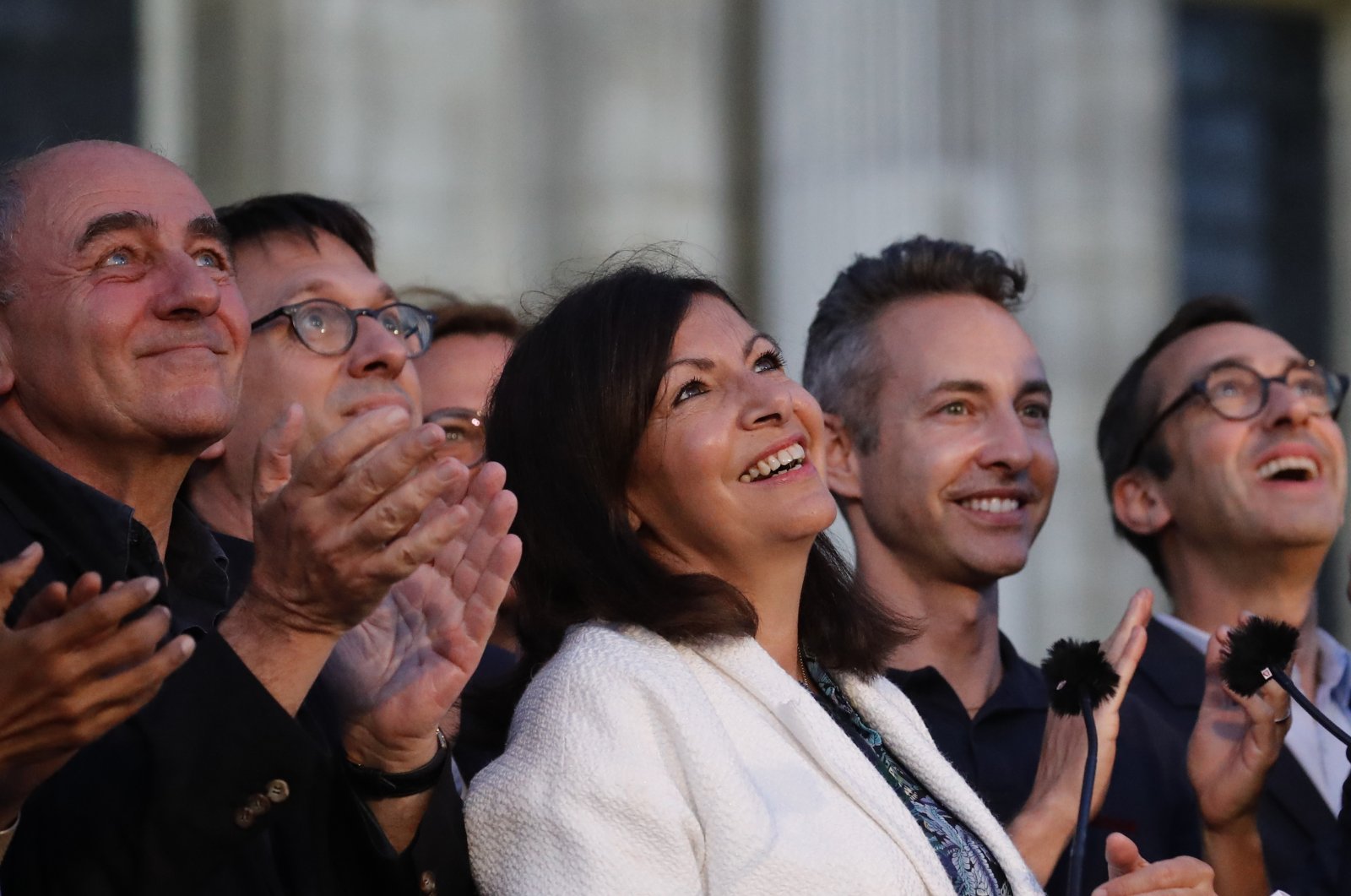 Paris Mayor Anne Hidalgo on Sunday declared victory in her fight to win reelection in the French capital, which will allow her to oversee the 2024 Summer Olympics.

Hidalgo, a Socialist Party member, beat conservative candidate Rachida Dati in France’s municipal elections, according to estimations based on partial results. She was first elected as Paris mayor in 2014.

She is backed by the Europe Ecology-The Greens party, which gained strong influence nationwide in Sunday’s voting.

The second round of the municipal elections, which had been postponed amid the coronavirus crisis, has seen a record low turnout amid concerns over the pandemic.

Only 40% of voters cast ballots as French voters were required to wear masks, maintain social distancing while in lines and carry their own pens to sign voting registers.

Poll organizers were wearing masks and gloves for protection, and in some places, they were separated from voters by transparent plastic shields. Mail-in voting isn’t allowed in France.

Interior Minister Christophe Castaner, in charge of organizing the elections, said that “today, everywhere across France, health measures ... were able to be respected. That is a satisfaction.” Yet he “regretted” the low turnout.

Projections from opinion polls, based on the first ballots processed, show a strong breakthrough from the Greens and their allies in many big and medium-sized cities.

The voting was suspended after the first round of the nationwide municipal elections on March 15, which produced decisive outcomes in 30,000 mostly small communes. Macron's critics say he shouldn't have allowed the first round to go ahead at all since it was held just as infections were exploding across Europe and just two days before France introduced sweeping nationwide lockdown measures.

The spread of the coronavirus has slowed significantly in France in recent weeks and almost all restrictions on social and business activity have been gradually lifted over the last month. France has reported nearly 200,000 confirmed cases and 29,781 deaths in the pandemic but experts believe all reported figures are undercounts due to limited testing and missed mild cases.

The elections, though ostensibly focused on local concerns, are also seen as a key political indicator ahead of the 2022 French presidential election.

Macron had said he wasn't considering the elections as a pro- or anti-government vote.

Yet a government reshuffle is expected in the coming weeks, as Macron seeks a new political boost amid the economic difficulties prompted by the virus crisis. French authorities have faced criticism during the pandemic over mask shortages and testing capacity and for going ahead with the first round of elections instead of imposing a lockdown earlier.

Recent opinion polls show Macron’s popularity rating is hovering around 40%, which is higher than before the virus outbreak.

Macron’s 3-year-old centrist party was fielding municipal candidates for the first time and still lacks local roots across France. The party, Republic on the Move, doesn’t have candidates in every race and in some instances is backing candidates from the left or the right instead.

Republic on the Move has set a modest goal of 10,000 municipal councilors across France and has already acknowledged not being in the race in many big cities where local figures from the left or the right are in a better position.

Government spokesperson Sibeth Ndiaye said “we were the challengers in this election,” stressing that planting local roots “is taking time.”

French Prime Minister Edouard Philippe, whose popularity has significantly increased in recent weeks, won a large victory in his hometown of Le Havre where he was running for mayor.

The conservative Republicans party, which was the big winner in the 2014 municipal election and has a strong network of local elected officials, appeared to do well again.

The anti-immigration, far-right National Rally won a symbolic victory in the city of Perpignan that counts more than 120,000 inhabitants in southern France.