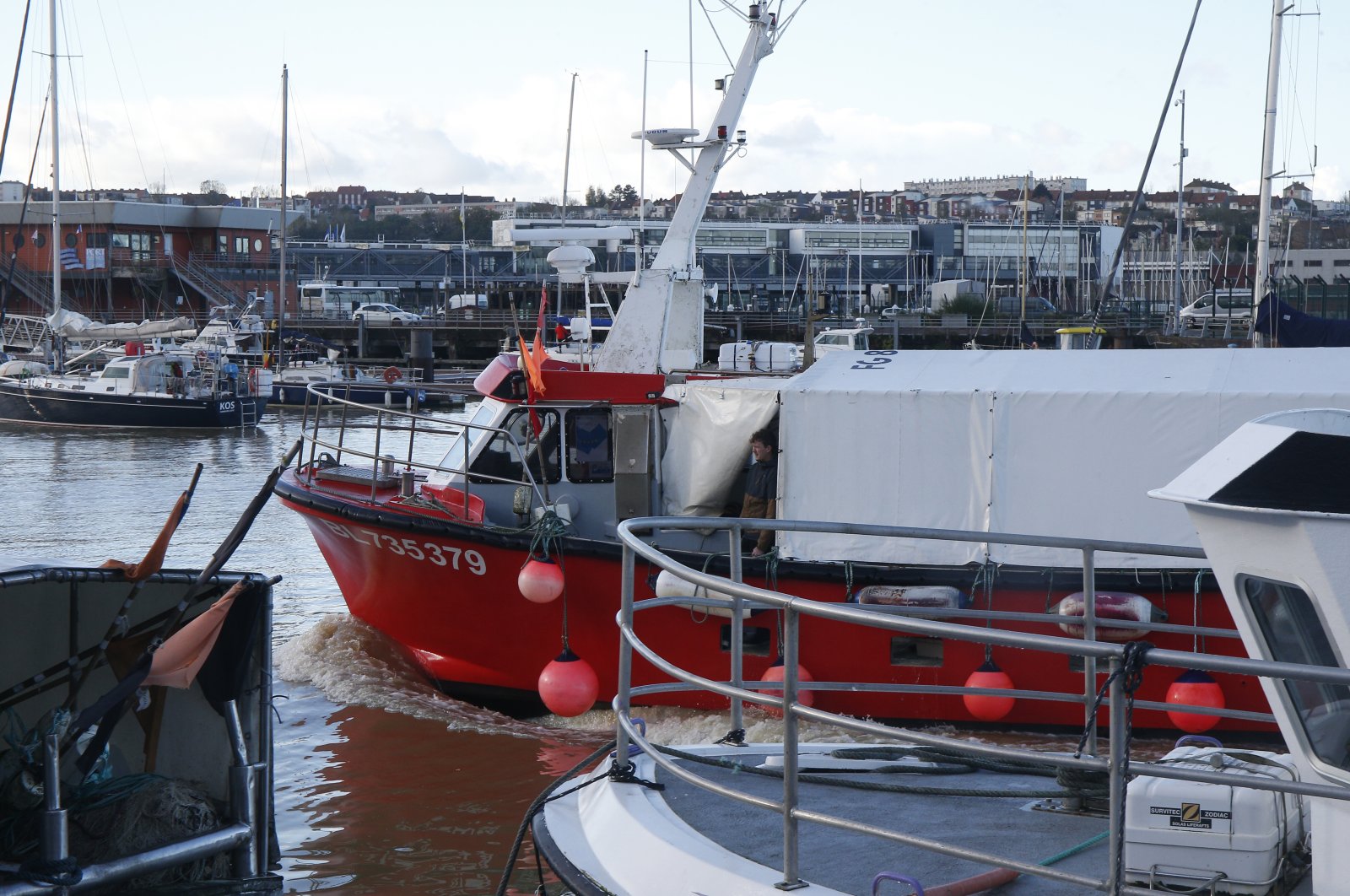 Britain on Tuesday welcomed France having "stepped back" from threats to impose punitive action in a dispute about post-Brexit fishing licenses as talks to settle the row continue.

British Environment Secretary George Eustice acknowledged a de-escalation from French President Emmanuel Macron as he held off on the action against British boats that he had warned could have been implemented on Tuesday.

But the British Cabinet member said a meeting between Brexit Minister David Frost and France's Europe minister, Clement Beaune, in Paris on Thursday would be "very important" as further talks with the European Union are also scheduled.

In another de-escalation, Eustice suggested that a British vessel impounded during the diplomatic storm because of "administrative confusion" has now been released by France. Macron had warned that Paris could block British boats from landing their catches in French ports and tighten customs checks from midnight in protest at what they claim is a refusal by British authorities to grant licenses to French boats. But France suspended the threats at the 11th hour as negotiations continue.

Eustice told Sky News: "We welcome the fact France has stepped back from the threats it was making last Wednesday. "We've always said we want to de-escalate this and always said we have an ever-open door to discuss any further evidence France or the EU might have on any additional vessels they'd like to have licensed."

"France has clearly taken a decision not to implement some of the decisions they threatened last Wednesday, we very much welcome that, but I think there's going to be a very important meeting on Thursday between Lord Frost and his opposite number, not just on fisheries but a wider range of issues as well."

The Scottish-registered scallop dredger, the Cornelis Gert Jan, which was caught up in the diplomatic row was believed to have been released. But Eustice said the captain, understood to be an Irish national who had a court hearing scheduled for next August, must still return in the future amid "further discussions."

"I understand that vessel has now been released and I think there's going to need to be some further discussions, clearly there was an administrative error at some point," he told Sky News. He subsequently described the issue on BBC Breakfast as "administrative confusion" due to a change in the engine.

The European Union said talks convened with officials from France, Britain, Jersey and Guernsey would continue on Tuesday.

"Further meetings are planned for later in the week," a European Commission spokesperson added. Late on Monday, just hours ahead of the deadline set by Paris, the French president was reported to have told journalists at the COP26 climate summit in Glasgow: "Since this afternoon, discussions have resumed on the basis of a proposal I made to Prime Minister (Boris) Johnson.

"The talks need to continue. My understanding is that the British were going to come back to us tomorrow with other proposals," he said.

"We'll see where we are tomorrow at the end of the day, to see if things have really changed," he is reported to have said. "My wish is that we can find a way out on all these issues."

Macron and Johnson met briefly as the French president arrived in Glasgow. And officials from the two nations were involved in talks convened by the European Commission in Brussels.

Earlier, Downing Street said it had "robust" contingency plans in place if Macron's government carried out threats to disrupt trade from midnight. British Foreign Secretary Liz Truss said Britain would take legal action under the U.K.-EU Brexit trade deal, and a tit-for-tat retaliation to French action had not been ruled out. Britain has granted licenses to 98% of EU vessels that have requested permission to operate in British waters.

But the dispute centers on access for small boats, under 12 meters, wishing to fish in the British 6- to 12-nautical mile zone. The government in Paris was angry that Britain originally granted only 12 licenses out of 47 bids for smaller vessels, a figure that has now risen to 18. Only boats that can demonstrate they have fished in British waters for one day in each of the years between 2012 and 2016 qualify for a license.

The Elysee Palace had said that without movement from the British government, the retaliatory measures would come into force at midnight, Agence France-Presse (AFP) reported.