‘People have the right to speak up’: UN rights chief condemns crackdown in Belarus 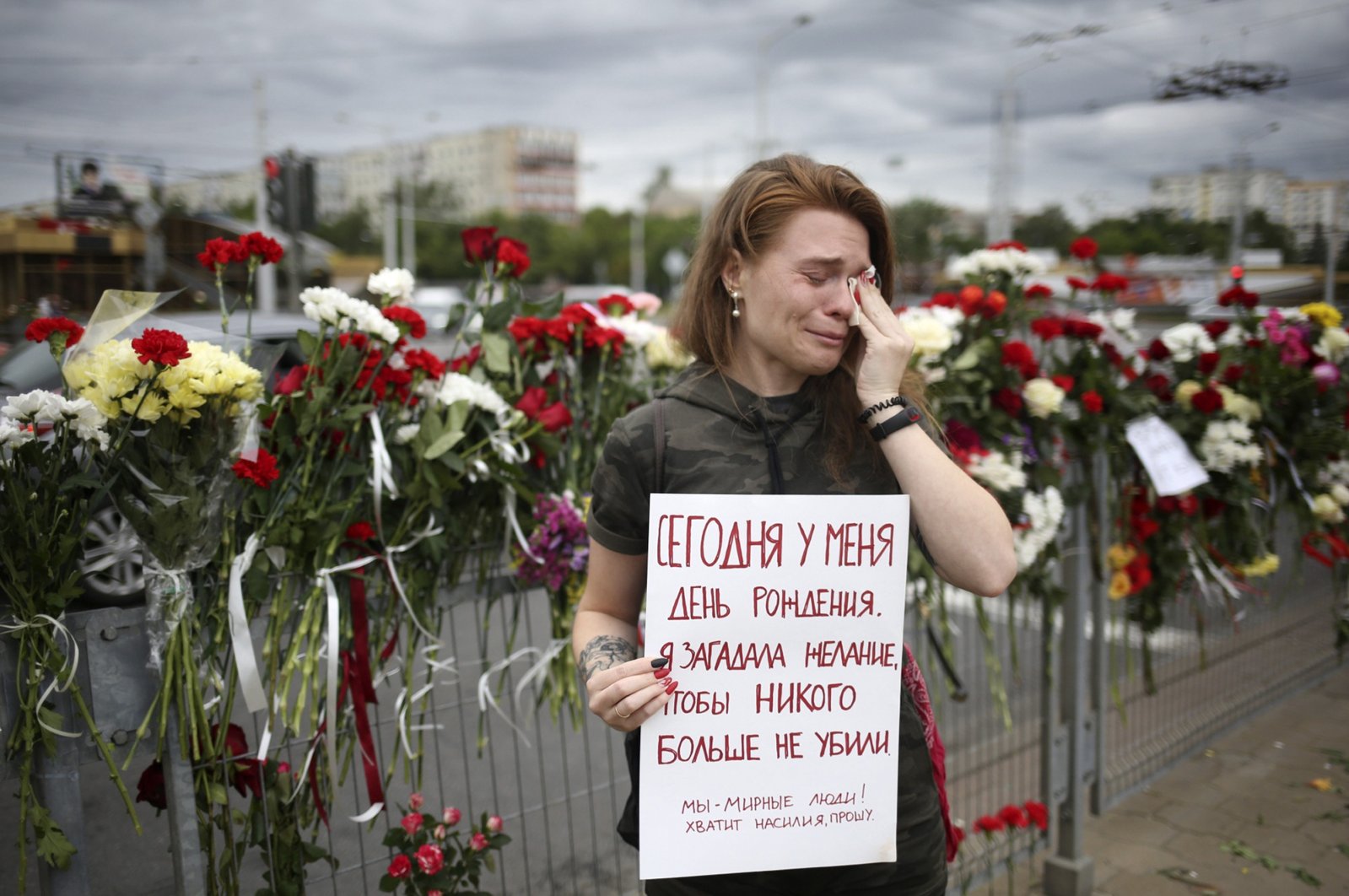 Alina Krus, 26, holds a poster at the place where a protester died amid the clashes in Minsk, Belarus, Wednesday, Aug. 12, 2020 saying "It's my birthday today. I made a wish that no one gets killed. We are peaceful people. Enough with the violence, please." (AP Photo)
by compiled from agencies Aug 12, 2020 7:36 pm
RECOMMENDED

United Nations human rights chief Michelle Bachelet on Wednesday condemned the violent crackdown following the disputed presidential election in Belarus and called for the immediate release of everyone unlawfully detained by the authorities.

"People have the right to speak up and express dissent, even more in the context of elections, when democratic freedoms should be upheld, not suppressed," she said in a statement.

"Reports suggest that more (than) approximately 6,000 people have been detained in the last three days, including bystanders, as well as minors, suggesting a trend of massive arrests in clear violation of international human rights standards," she said in a statement.

Even more disturbing are the reports of ill-treatment during and after detention," she said, calling for the release of all those unlawfully detained and for investigations into abuses.

Hundreds of people took to the streets of Minsk and several other cities on Tuesday evening. Clashes between the protesters and police using stun grenades and rubber bullets to disperse the crowds continued well into the night.

Thousands of opposition supporters protesting the election results encountered aggressive police tactics in the capital of Minsk and several other Belarusian cities.

On Monday, a protester died amid clashes in Minsk and scores were injured as police used tear gas, flash-bang grenades and rubber bullets to disperse them.

Belarus’ health officials said over 200 people were hospitalized with injuries following the protests and some underwent surgery.