Poland divided over having presidential election during pandemic 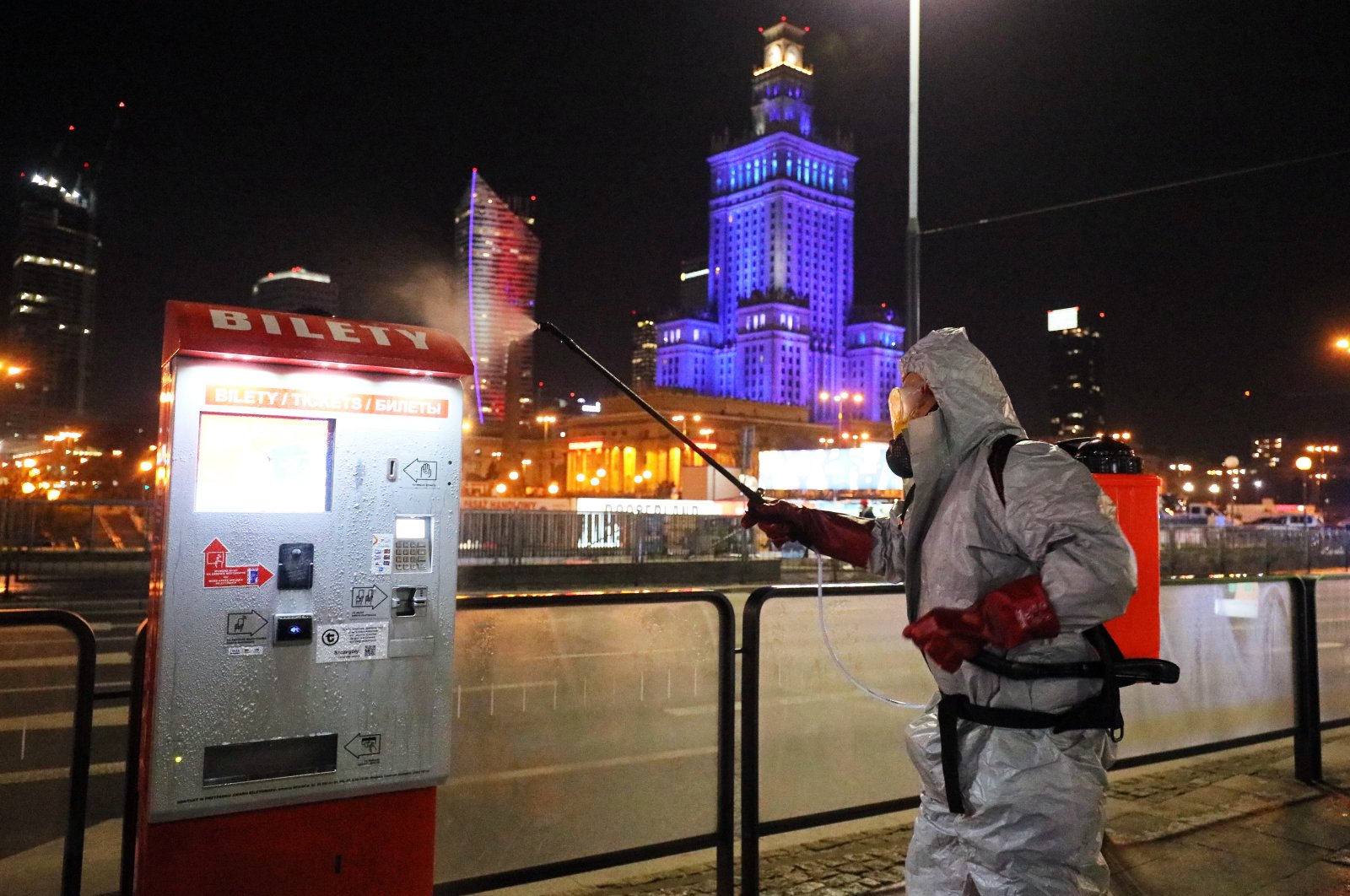 A worker wearing a protective suit sprays disinfectant at a tram station in Warsaw, Poland, April 2, 2020, amid the ongoing coronavirus COVID-19 pandemic. (EPA Photo)
by Associated Press Apr 03, 2020 11:33 am
RECOMMENDED

Poland’s parliament is preparing to vote Friday on legislation that would transform the country’s May presidential election entirely into a mail-in ballot due to the health risks of having public voting stations during the coronavirus pandemic.

The proposal by the populist ruling Law and Justice party to go forward with the May 10 election is controversial.

Opposition candidates say having the election during the pandemic is undemocratic and it should be postponed. They argue that opposition presidential candidates stand no chance against conservative President Andrzej Duda because they cannot campaign due to a strict ban on gatherings. Duda, meanwhile, still profits from heavy coverage on state media.

Critically, even one faction in the ruling coalition is strongly opposed to holding the vote, raising speculation in Poland that Prime Minister Mateusz Morawiecki's government could be toppled by the crisis.

Surveys show that a large majority of voters in this European Union nation of 38 million want the election to be postponed due to the pandemic.

Kamil Bortniczuk, a lawmaker with the faction opposed to the voting, told the radio broadcaster RMF FM his group would try to convince ruling party lawmakers "that Poles today do not want elections in such conditions and they cannot be prepared so quickly.”

"There is not enough time to gain confidence among citizens in such a way of voting, and thus in the results of the election,” Bortniczuk said.

Law and Justice officials insist that the current election timeline – voting on May 10 with a runoff on May 24 if no candidate wins 50% in the first round – is dictated by the constitution and should not be changed.

The leader of the ruling party, Jaroslaw Kaczynski, insisted Friday that to postpone the election "would be completely illegal.” He said, "there is no reason to postpone it at the moment if it is conducted in a safe way from a health point of view.”

Poland has had far fewer coronavirus infections and deaths than fellow EU countries like Italy and Spain, but the numbers have been accelerating in recent days, reaching 2,946 infections and 57 deaths on Friday.

Some Polish media outlets have suggested the country's true numbers are actually much higher due to low levels of testing. Polish media have also reported about people dying of pneumonia who most likely have COVID-19 but who do not show up in the statistics because they were not tested.

The debate over the mail-in vote shares similarities with efforts in the U.S. by Democrats seeking widespread voting by mail in the November presidential and congressional elections. So far, the Democrats have not gotten the billions of dollars in federal funding required to move to widespread voting but say they will keep pressing the issue.