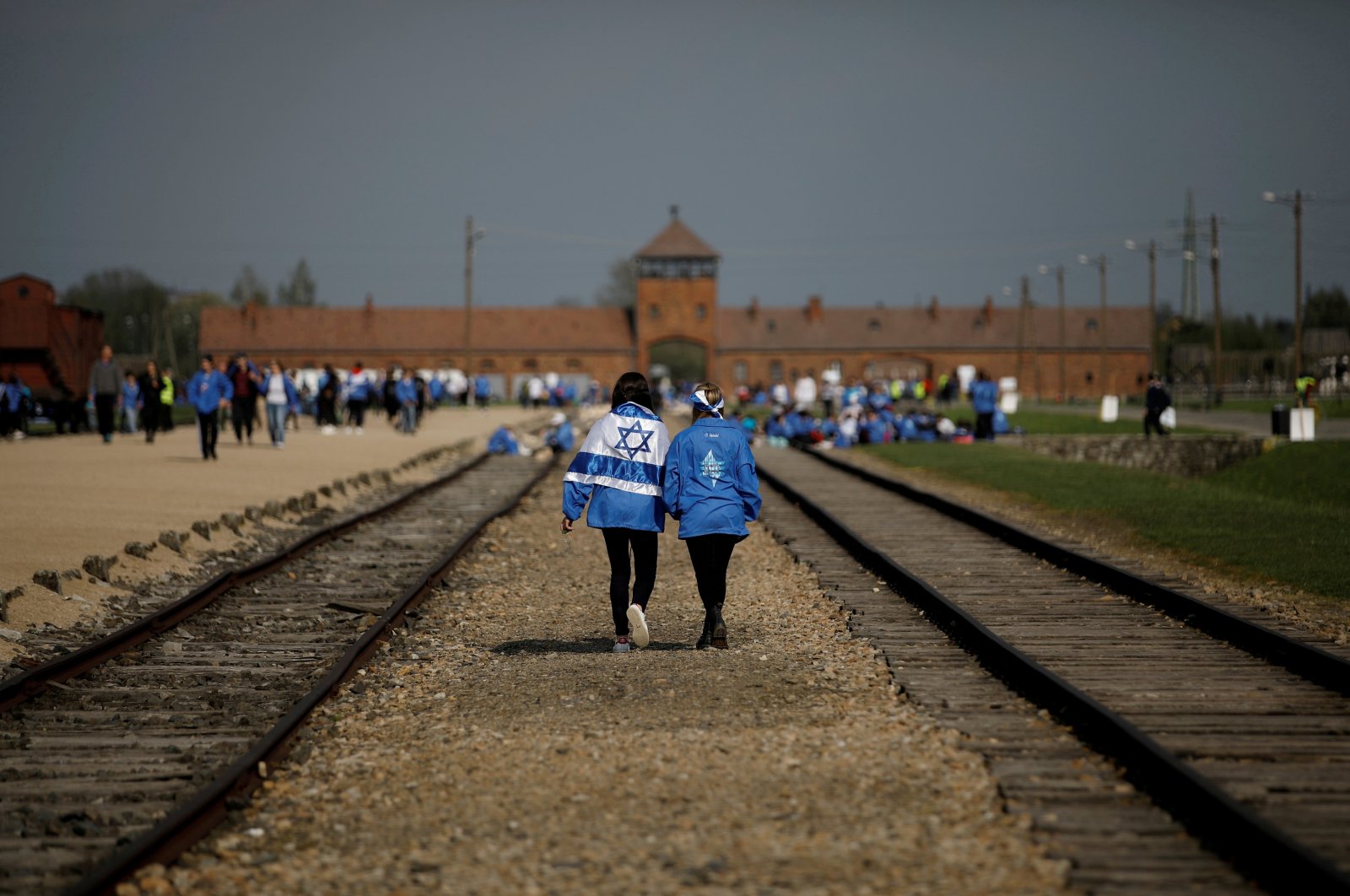 Participants attend the annual "March of the Living" to commemorate the Holocaust at the former Nazi concentration camp Auschwitz, in Brzezinka near Oswiecim, Poland, May 2, 2019. (Reuters Photo)
by French Press Agency - AFP Jun 27, 2021 9:27 pm
RECOMMENDED

World War II may have been a long time ago but its effects are still visible today and it is the reason a small row has sparked recently between Poland and Israel. Both countries summoned each other's envoys Sunday to discuss the repercussions of a new Polish law that the Jewish state has marked as "immoral" with experts saying it could potentially block restitution claims.

Deputy Foreign Minister Pawel Jablonski said Warsaw would like to set the record straight about the legislation passed in parliament Thursday.

Tal Ben-Ari Yaalon, the charge d'affaires, "has been summoned... and we will explain to her in a decisive and factual way what it's about," Jablonski told state television TVP about the meeting due Monday.

"We believe that unfortunately what we're dealing with here is a situation that certain Israeli politicians are exploiting for internal political purposes," he added.

Israel's foreign ministry later said in a statement that it had also summoned Poland's ambassador to Israel Marek Magierowski.

"It's not too late for Poland to stop a process that will result in shirking its responsibilities," the ministry's political director Alon Bar said, according to the statement.

The Israeli embassy in Warsaw had earlier said "this immoral law will seriously impact relations between our countries."

It "will in effect prevent the restitution of Jewish property or compensation requests from Holocaust survivors and their descendants as well as the Jewish community that called Poland home for centuries. It's mind-boggling," the embassy tweeted Thursday.

The bill's authors argue it is needed to bring the law into line with a 2015 Constitutional Court ruling, which found that there must be a deadline after which administrative decisions can no longer be contested.

The legislation sets the cut-off date at 10-30 years, depending on the case.

Poland's foreign ministry said on Friday that the introduction of time limits would "lead to the elimination of fraud and irregularities, which occurred on a large scale."

"The new regulations do not in any way restrict the possibility of bringing civil suits to seek damages, irrespective of the plaintiff's nationality or origin," it added.

"Poland is by no means responsible for the Holocaust, an atrocity committed by the German occupant also on Polish citizens of Jewish origin."

Six million Poles, half of them Jewish, were killed during Nazi Germany's 1939-45 occupation of Poland during World War II.

Bar said Israel's opposition was "not about a historical argument over the responsibility for the Holocaust but rather about Poland's moral debt toward those who were its citizens and their property was stolen under the Communist regime," according to the foreign ministry.