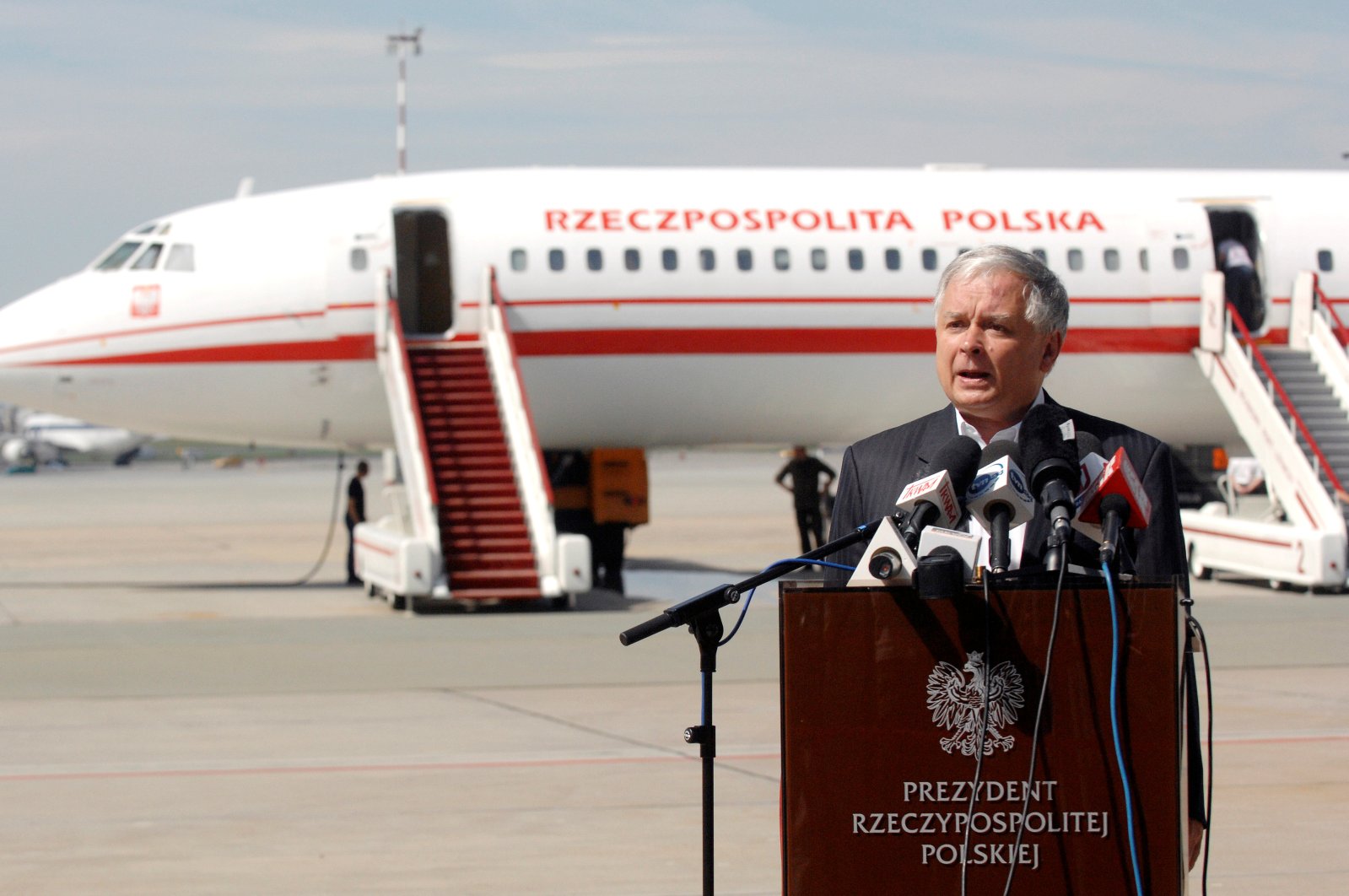 Poland commemorated Friday the 10th anniversary of the Smolensk plane crash, which killed 96 people, including then-President Lech Kaczynski and other senior political and military officials.

At 8:41 a.m. (0641 GMT), exactly 10 years after the crash, senior state officials – including Kaczynski's twin brother, Jaroslaw Kaczynski, the current leader of Poland's nationalist ruling Law and Justice party (PiS), Prime Minister Mateusz Morawiecki and lower house Speaker Elzbieta Witek – placed wreaths by the monument for the late president, as well as the nearby memorial dedicated to the victims of the crash.

Due to the coronavirus pandemic, the extent of commemoration events has been cut back severely.

On April 10, 2010, a Polish state delegation was heading to Smolensk, Russia to commemorate the murder of nearly 22,000 Polish citizens, including officers, policemen and public officials, by the Soviet secret service NKVD in the spring of 1940 during World War II.

Polish investigators have blamed the plane crash on human error in bad weather and poor guidance by Russian traffic controllers.

Jaroslaw Kaczynski has blamed the crash on negligence by Polish Prime Minister Donald Tusk's government, which was critical of his brother. He especially blames former Prime Minister Tusk, his long-time political rival.

For many years, Jaroslaw Kaczynski led monthly observances in Warsaw in their honor that rallied thousands of his supporters.

Poland's Foreign Ministry has issued a diplomatic note to the Russian Embassy in Warsaw, calling on Russia to return the wreckage of the presidential plane that crashed near Smolensk.

"No norm of international law gives grounds for Russia to impound Polish property," the tweet said.

Russia is refusing to return the plane's wreckage, arguing that it is needed for a continuing investigation.