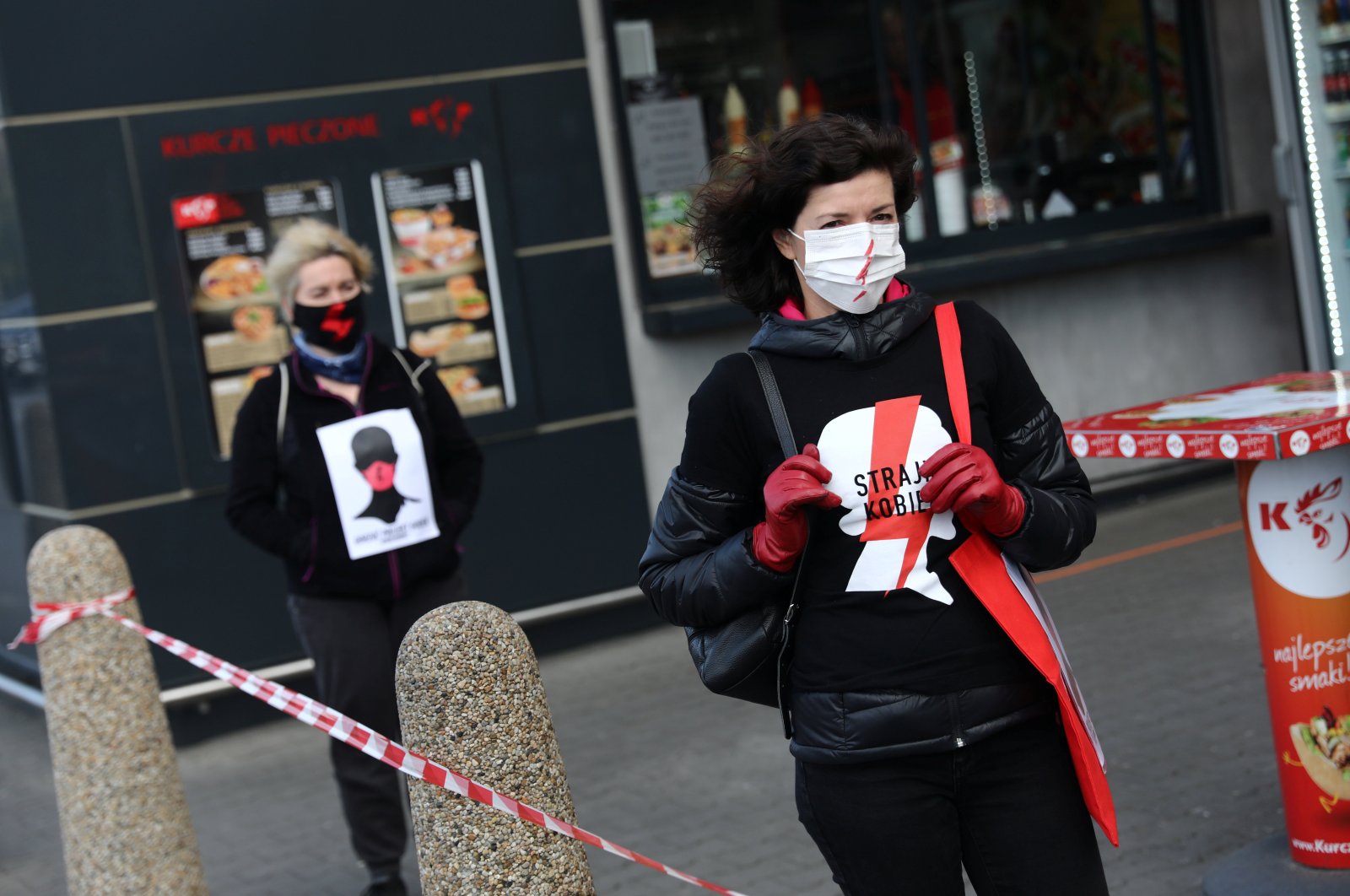 Polish lawmakers on Wednesday debated draft laws backed by a conservative Catholic group that would impose a near-total ban on abortion, criminalize school sex education and equate homosexuality with pedophilia.

Domestic critics and international human rights organizations say Poland's conservative government is playing foul by bringing the deeply controversial proposals to parliament during the coronavirus pandemic. The mass demonstrations that thwarted earlier proposals are now illegal under a lockdown that limits gatherings to five people.

Poland already has some of Europe's strictest anti-abortion laws and a society deeply divided between traditionalists loyal to the powerful Catholic Church and secular Poles who want current laws liberalized.

“I can’t believe we still have to keep protesting against this,” he said.

Scores of women protested the bills in Warsaw on Tuesday, observing social distancing by driving singly in cars or by riding bicycles.

Poland now allows abortion after rape or incest, if the woman’s life is threatened or if there is a fetal abnormality. The proposed law would remove the last provision, even for fetuses with no chance of survival, which is the most common reason for legal abortion in the nation of 38 million.

The other bill would criminalize sex education in schools. Its backers say that it will fight pedophilia and discourage early promiscuity. Critics say it would create a legal tool to persecute gay people.

Dunja Mijatović, the human rights commissioner for Europe’s top rights body, the Council of Europe, said that “in this extraordinary time of the COVID-19 pandemic, politicians and decision-makers must resist the temptation to push through measures that are incompatible with human rights."