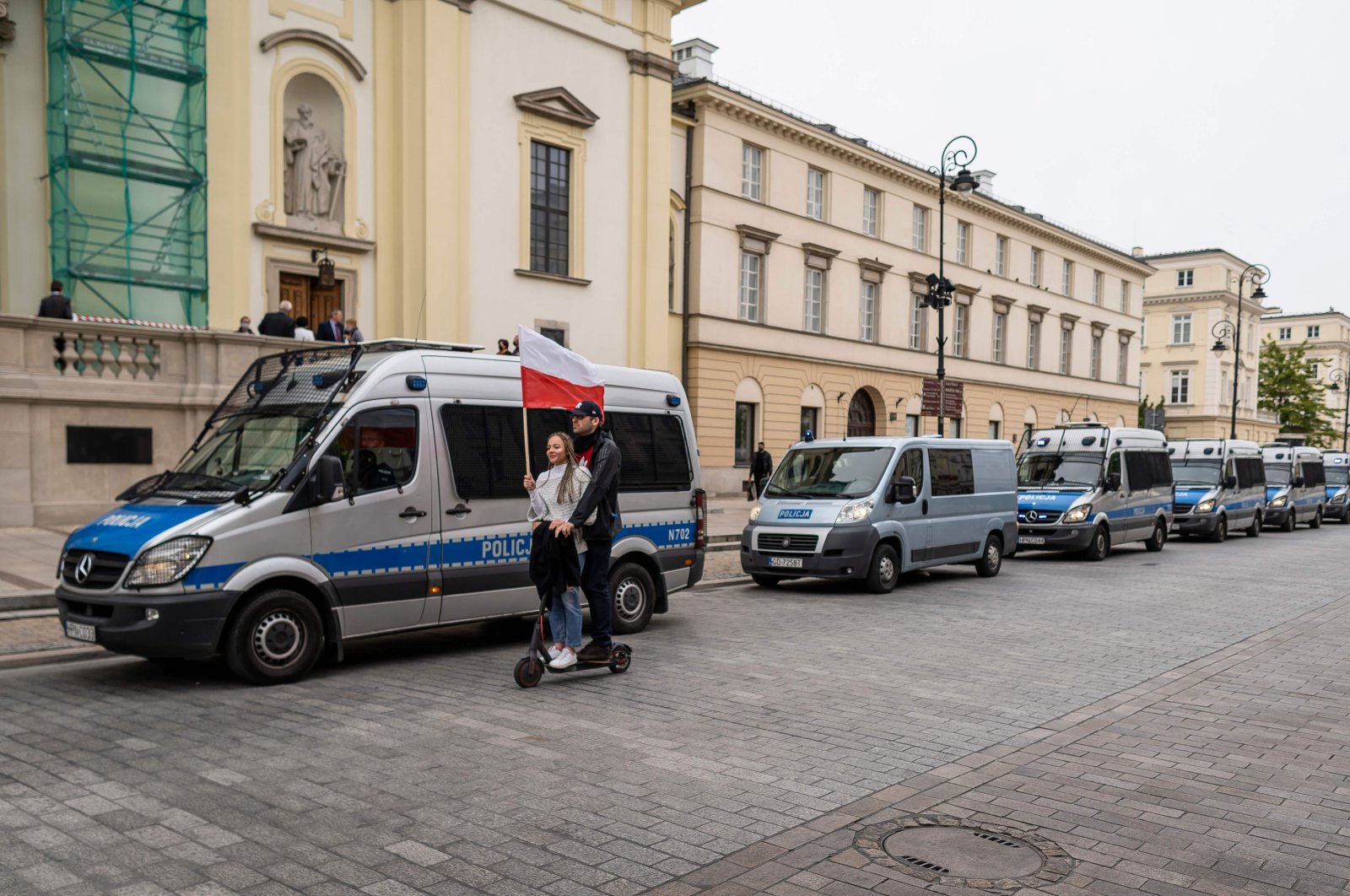 A couple riding an electric scooter and holding a Polish flag passes a column of police vehicles after a demonstration of Polish entrepreneurs and business owners against right-wing government and coronavirus restrictions in the center of Warsaw, Poland on May 23, 2020. (AFP Photo)
by REUTERS May 27, 2020 2:27 pm
RECOMMENDED

Poles will be allowed to go outside without protective masks starting May 30 and cinemas, theaters and gyms will reopen on June 6, the government said on Wednesday, part of a steady lifting of restrictions imposed to halt the spread of the new coronavirus.

Public gatherings of up to 150 people will be allowed in coming days, while limits on the number of people in churches will also be relaxed in the staunchly Catholic country.

Poland, a country of 38 million people, has so far reported 22,074 cases of COVID-19, the respiratory disease caused by the new coronavirus, and 1,024 deaths, far fewer than other larger European countries.

"Eighty percent of hospital beds dedicated to COVID patients are vacant, 90% of respirators are not in use while awaiting patients with COVID," Szumowski added.

Speaking at the same event, Prime Minister Mateusz Morawiecki reiterated the government's desire to hold a delayed presidential election next month. The election, originally set for May 10, was canceled due to the pandemic.

"I'm sure the election should and will take place in June," Morawiecki said.

It remains unclear, however, whether the government can win necessary opposition support in parliament for a June election date.

Poland was among the first European countries to impose a strict lockdown to curb the spread of the virus. This included travel bans, school closures and a shutdown of its borders. The restrictions have been gradually eased since late April.

Schools are expected to remain closed until the end of June, when children also start summer holidays. Borders will also remain effectively closed until at least mid-June