Poland's Duda ahead in 1st round of presidential election 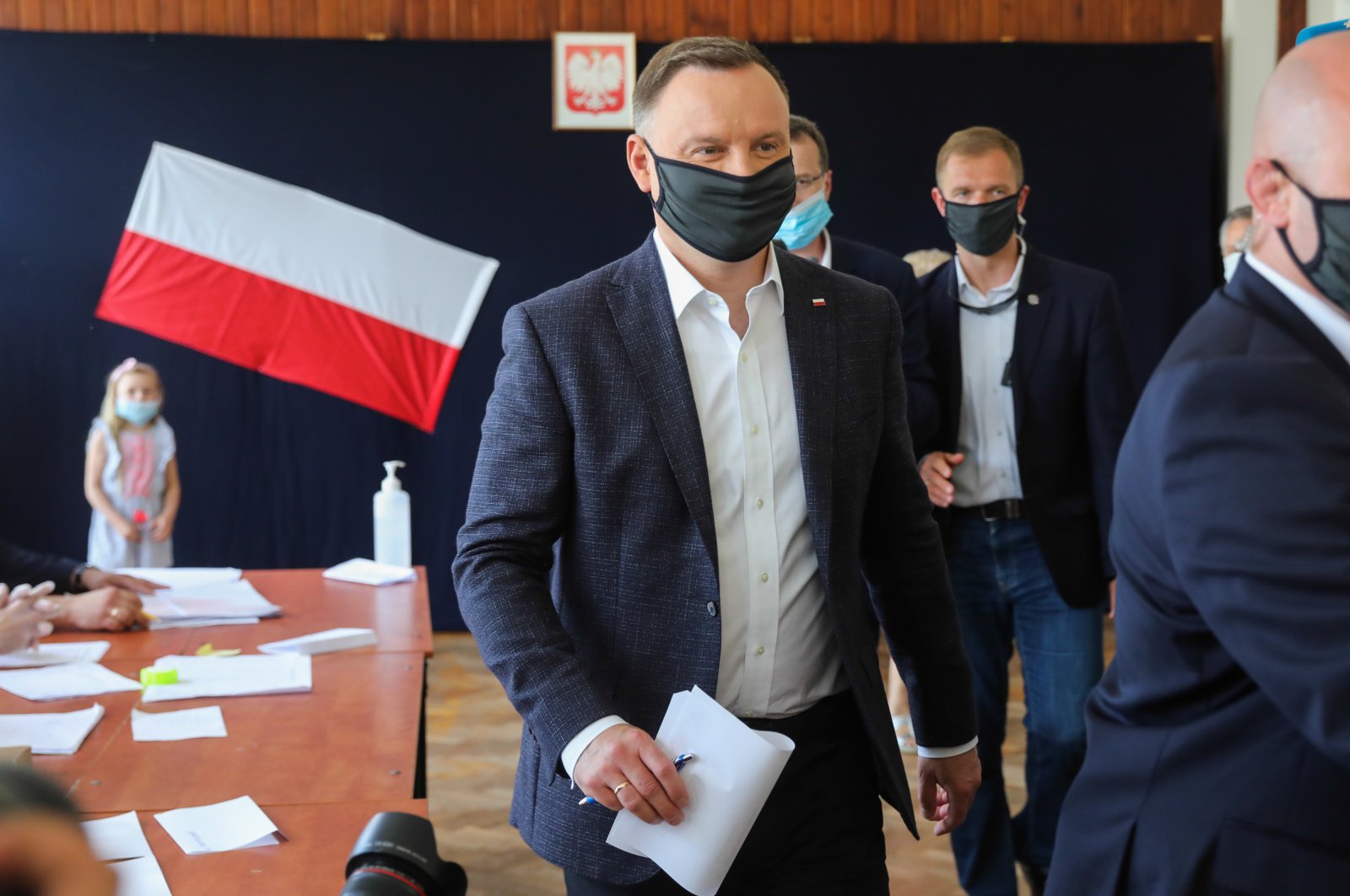 Polish incumbent President Andrzej Duda won the most votes in the first round of Poland's presidential election on Sunday, an exit poll found, and will face a runoff vote in two weeks' time against Warsaw Mayor Rafal Trzaskowski.

Duda, an ally of the ruling nationalists Law and Justice (PiS), got 41.8% of the vote, according to the exit poll, falling short of the 50% needed to claim victory in the first round.

Trzaskowski, who is standing for the largest opposition party, the centrist Civic Platform (PO), got 30.4% of votes, the poll showed.

If the poll is confirmed by official results, Duda will face centrist Warsaw Mayor Rafal Trzaskowski in a runoff on July 12.

Poland’s state electoral commission has said it would release the final results by Wednesday evening at the latest.

Poles voted in a presidential election Sunday that was delayed by the coronavirus pandemic and was taking place amid deep cultural and political divisions in the European Union nation.

Duda, a 48-year-old conservative backed by the PiS, was running against 10 other candidates as he sought a second five-year term. Whether Duda wins or not will determine whether the ruling party keeps its near-monopoly on political power in Poland.

Turnout at 5 p.m. local time was 47.89% which the State Electoral Commission said was the highest for that time in Poland's 30 years of democracy. In many places, there were lines during the day.

The strong political polarization seemed to mobilize many among almost 30 million eligible voters.

The vote had been scheduled for May 10 but was postponed in a chaotic political and legal battle as the ruling party pressed to hold it despite the pandemic.

Poland has not been as badly hit by the pandemic as many countries in Western Europe, and most people were voting in person, though required to wear masks and observe other hygiene rules. There was also a mail-in voting option, and thousands of voters in some southwestern regions with higher virus infection numbers were required to vote by mail.

Duda's campaign focused on defending traditional values in the mostly Catholic nation while promising to keep raising living standards to Western European levels. He took a position against same-sex marriage and adoption and denounced the LGBT rights movement as a dangerous "ideology.”

That kind of rhetoric – along with laws that have given the PiS much greater control over the justice system and the party's harnessing of public media to promote the government's image – have raised concerns among some that Poland is following Hungary in eroding democratic norms established after communism collapsed three decades ago.

Other presidential candidates include Szymon Holownia, a TV personality and journalist who had once studied to be a priest. Holownia is unaffiliated with any party and has generated some enthusiasm among those tired of years of bickering between PiS and Civic Platform, the country's two main parties.

Also in the running are a left-wing politician who is Poland’s first openly gay presidential contender, Robert Biedron; the head of an agrarian party, Wladyslaw Kosiniak-Kamysz; and a lawmaker with the far-right Confederation party, Krzysztof Bosak.