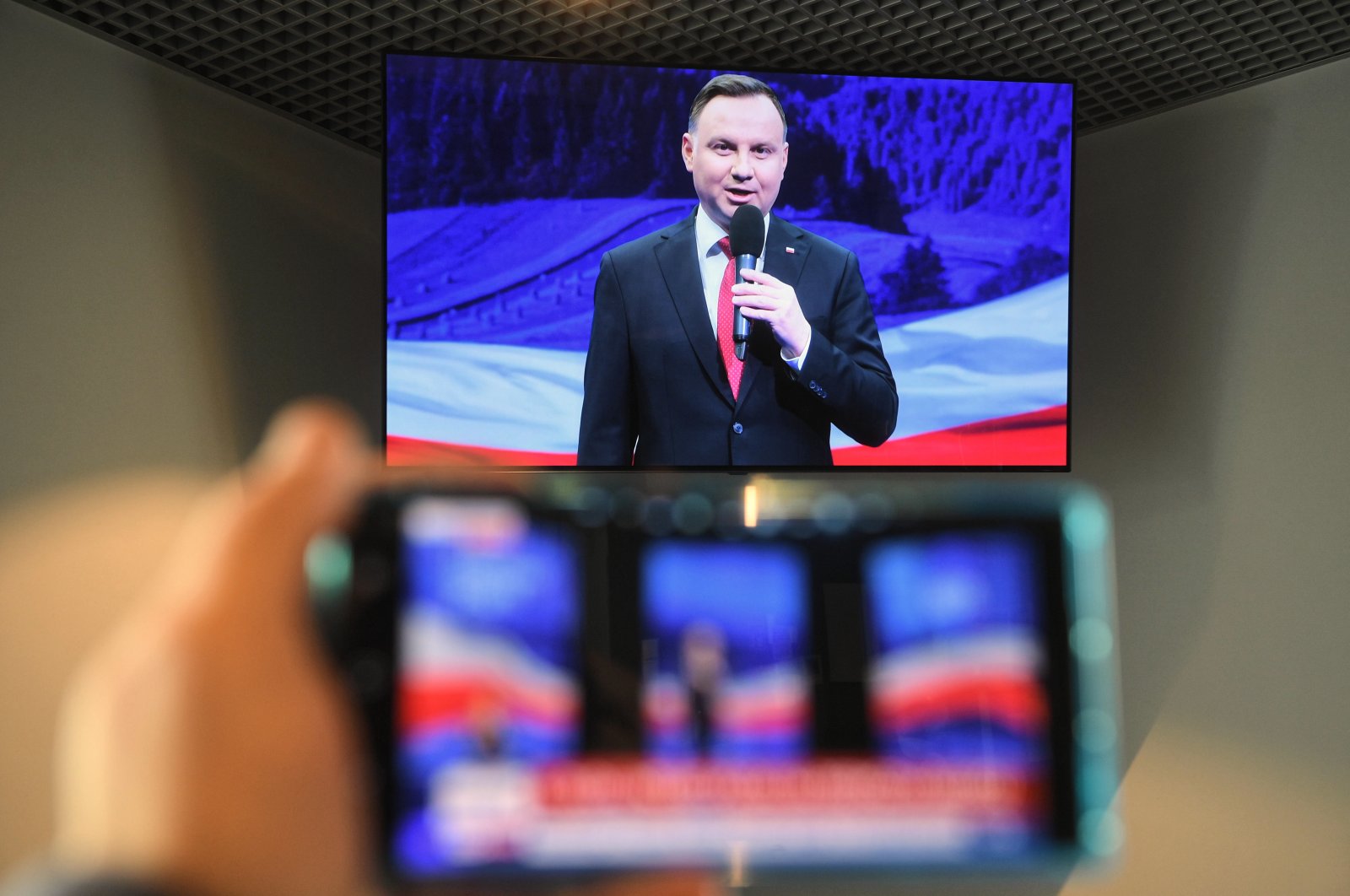 A television screen shows Polish President Andrzej Duda during the broadcast from the program convention in the village of Szeligi, Poland on May 1, 2020. (EPA Photo)
by REUTERS May 04, 2020 12:40 pm
RECOMMENDED

Poland's ruling Law and Justice (PiS) party hinted on Monday that it may have to delay the May 10 presidential election by a week or two, after criticism that it is putting political gains ahead of public health by pushing ahead with the vote.

The country of 38 million people has reported 13,937 cases of the new coronavirus cases and 683 deaths, and the presidential election has been the subject of heated political debate due to concerns over the safety of holding the vote.

"May 10 is difficult," Deputy Prime Minister Jacek Sasin told private radio Zet, adding that PiS is now considering holding the vote on May 17 or May 23, which would be possible under the constitution.

Chief of Staff Michal Dworczyk said the election may not take place next Sunday due to "political tension."

Key decisions regarding the election must be made this week. By Thursday, the Senate – the upper house of Parliament where the opposition has a majority – will vote on the legislation that would allow for a postal ballot.

"A week ahead of the election, Poles do not know when the election is held. It is the opposition and the Senate who are responsible for this," Sasin said.

If the Senate rejects the postal ballot bill, it will go back to the lower house of Parliament, where some lawmakers in PiS's junior coalition partner oppose holding the vote during a pandemic.

The junior partner of the alliance has proposed extending the term of President Andrzej Duda, a PiS ally, by two years and holding the election in 2022 without him participating.

The opposition wants the government to announce a state of emergency which would mean the May election would be canceled.

Critics say PiS is insisting on the election being held this month due to the high support for Duda in the polls.

According to the most recent poll by Ipsos for the OKO.press portal, Duda would win the vote in the first round with 63% backing. If the election was held after the pandemic, Duda would get 42% of votes, the poll showed.

PiS is also considering holding the election on May 23 both by postal ballot and in the usual way, the Rzeczpospolita daily said.