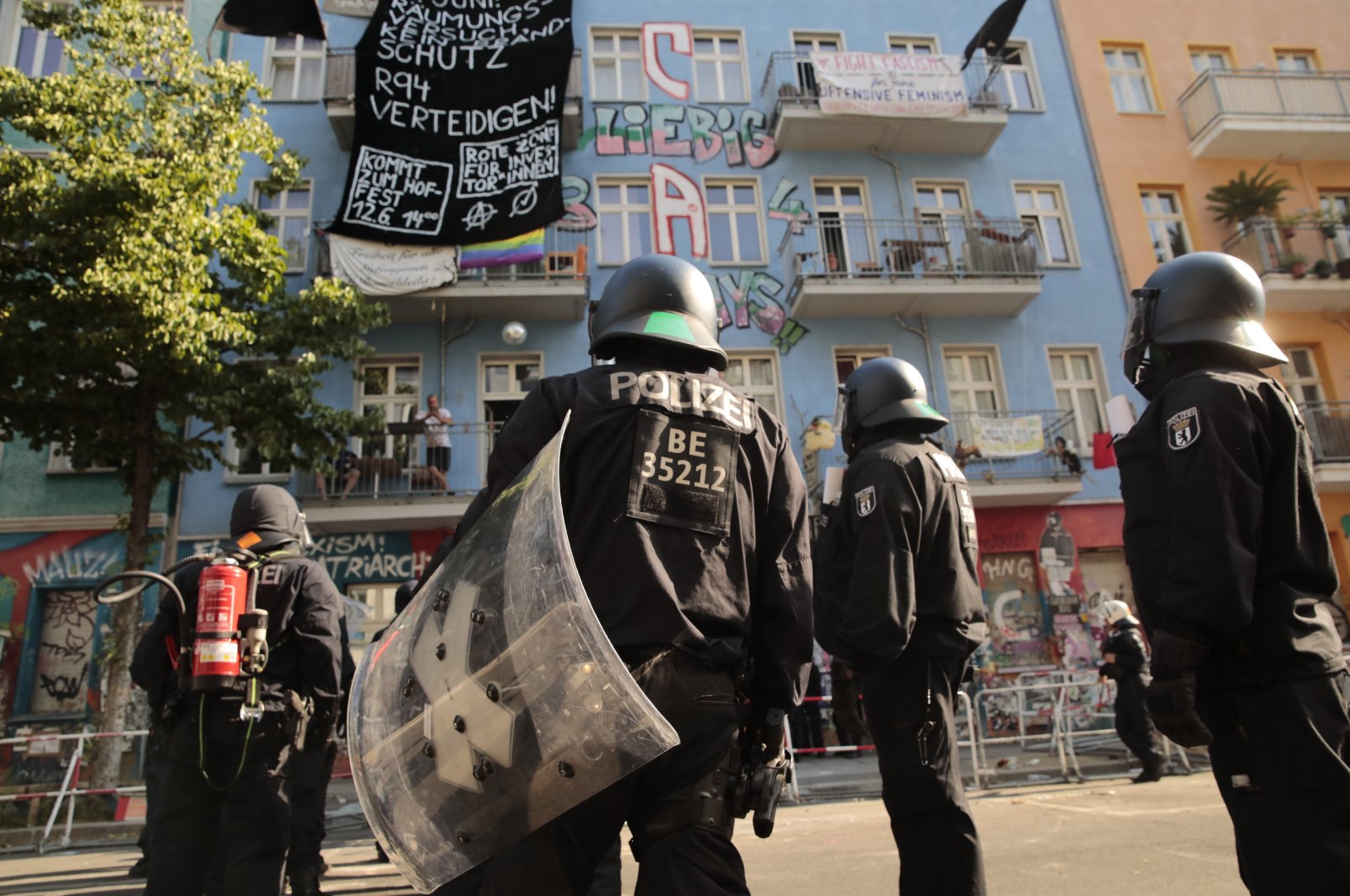 A day after clashes with squatters in a building in Berlin, in which 60 officers were hurt, police forced their way in to carry out a fire safety inspection Thursday.

The "Rigaer 94” squat in the German capital's Friedrichshain district is one of few such places left in the city amid increasing gentrification. It has been a regular flashpoint for clashes between left-wing militants and police over the years.

In an effort to forestall such clashes this week, authorities banned demonstrations in the area from mid-Wednesday until Friday night. But police said officers were pelted with stones thrown by rocks by people standing on roofs and in the street Wednesday while masked militants set up burning barricades.

Police used a water cannon and a bulldozer to remove the barricades.

Later Wednesday, a Berlin court dismissed objections by residents to the fire safety inspection but ruled that there was no need for the building's owner to participate.

Fire inspectors asked for police protection to enter the building on Thursday, the police department tweeted. Residents locked the door, and negotiations with their lawyers failed.

Officers forced their way in, German news agency Deutsche Presse-Agentur (dpa) reported, and were greeted with what appeared to be spray from fire extinguishers.

Some 350 officers were deployed to clear the way for the inspection.