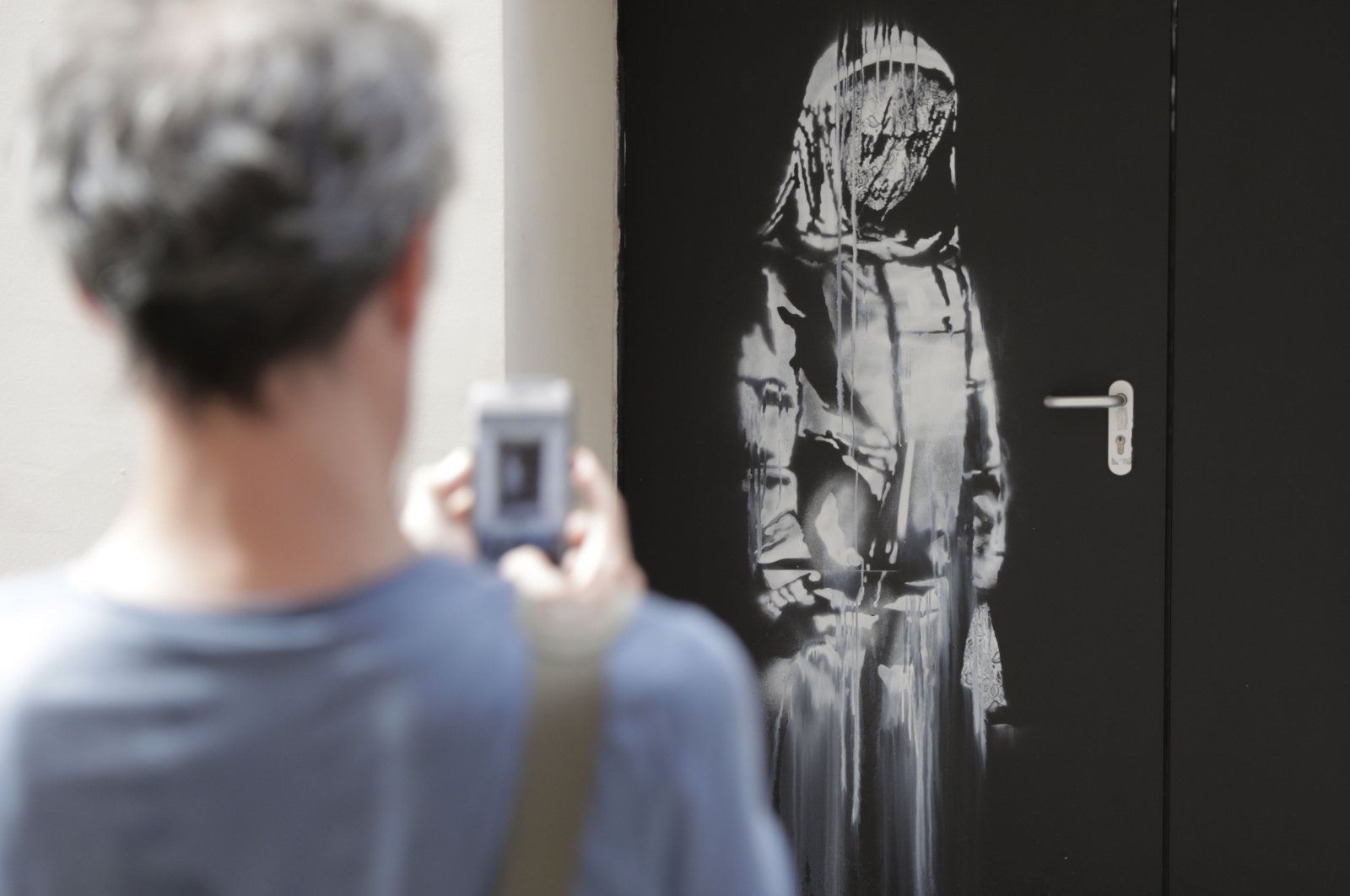 In this file photo taken on June 25, 2018, a man takes a photograph of an artwork by street artist Banksy in Paris on a side street to the Bataclan concert hall where a terrorist attack killed 90 people, November 13, 2015. (Photo by Thomas SAMSON via AFP)
by French Press Agency - AFP Jun 10, 2020 4:07 pm

Italian police said Wednesday they have retrieved a Banksy work commemorating the victims of the November 2015 Paris terror attacks that was stolen from the Bataclan concert hall.

The work was an image of a girl in mourning, painted on one of the emergency doors of the famed Parisian venue, where 90 people were killed. It had been cut out and taken in 2019.

"We have recovered the door stolen in the Bataclan with a Banksy work portraying a sad young girl," a senior Italian police officer told Agence France-Presse (AFP) in Teramo, adding the raid was conducted with French police.

The work was found in an abandoned farmhouse in the Abruzzo region, according to l'Aquila prosecutor Michele Renzo, who said further details would be provided at a press conference Thursday.