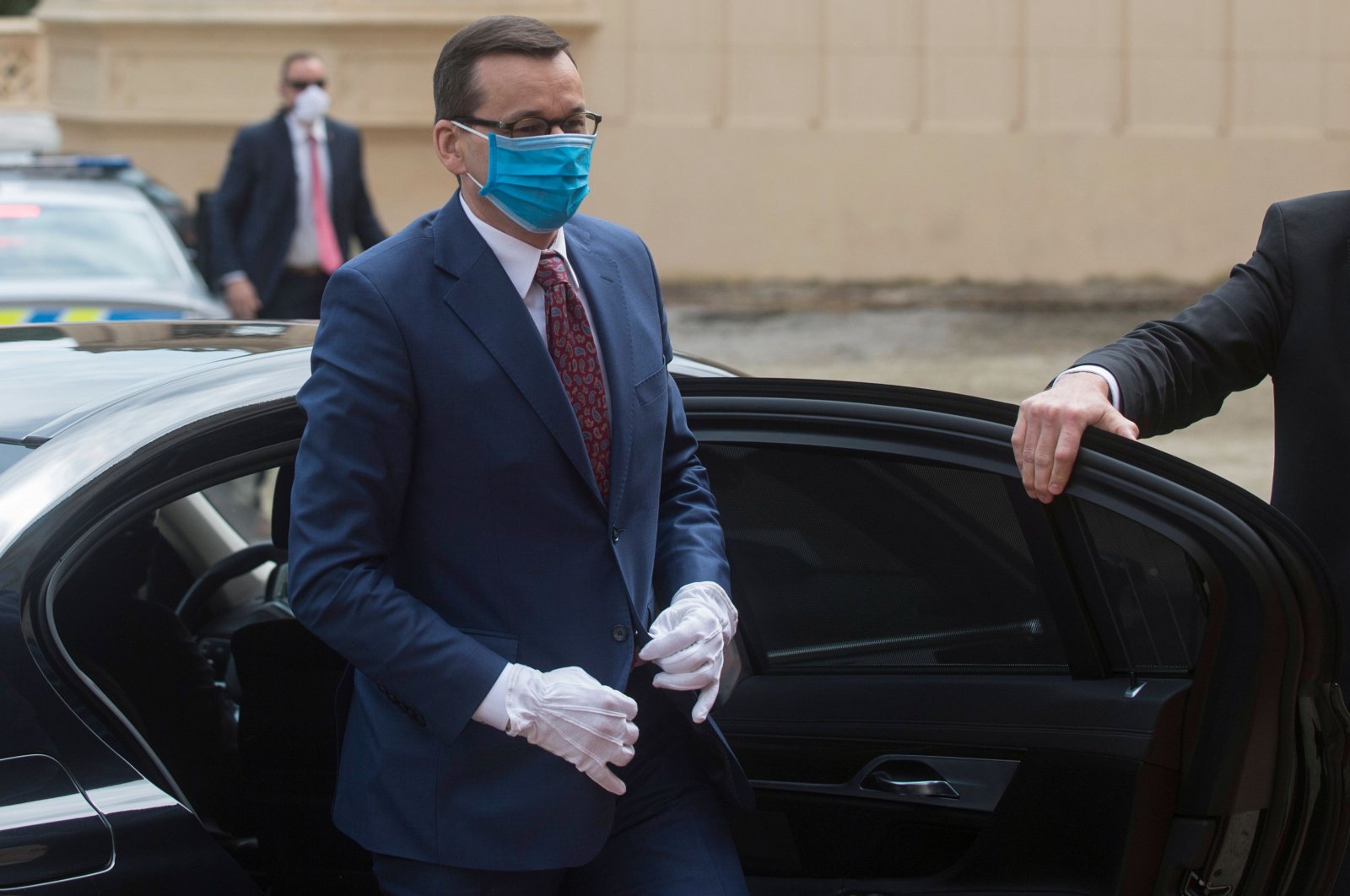 Poland's prime minister sought on Monday to ease German fears over a plan to boost the number of American troops in his country.

Prime Minister Mateusz Morawiecki confirmed in an interview that he was in talks to increase U.S. troop levels days after the Wall Street Journal reported that the U.S. planned to slash its military presence in Germany.

"It is not our intention to achieve this goal at the expense of reducing the American contingent in Germany," Morawiecki told the BNS Baltic News Service.

The comments came ahead of a visit Tuesday by German Foreign Minister Heiko Maas to Warsaw.

German politicians expressed alarm at the plan to cap troop numbers at 25,000 down from current levels of 34,500, saying it would be a blow to the NATO alliance and hand another victory for Russian strategy.

It was unclear if the U.S. move to boost numbers in Poland was directly related to the reported decision to remove troops from Germany.

NATO member Poland has long campaigned for a permanent U.S. troop presence on its soil to ward off Russian adventurism.

U.S. President Donald Trump has already upped his country's troop rotations in Poland to 5,500 personnel as part of a wider NATO response to concerns in the region triggered by Russia's 2014 annexation of territory from neighboring Ukraine.

The WSJ quoted unnamed sources saying that U.S. President Donald Trump had ordered the Pentagon to cut the number of military personnel in Germany by 9,500 from the current 34,500 permanently assigned there.

White House and Pentagon officials declined to confirm or deny the WSJ story, which comes amid tensions between the Trump administration and European allies over longstanding cooperation agreements.

Washington's ambassador to Warsaw said last week that talks focused on beefing up the U.S. presence in Poland were "on track" and to expect an announcement "soon."

"Negotiations on increasing the number of American troops in Poland are proceeding as planned and I believe that the outcome will be impressive," Morawiecki said Monday.

He added that maintaining strong ties with the U.S. was "in the interest not only for Poland, but for the whole of Europe, including Germany."

Poland's conservative President Andrzej Duda has tried to charm the U.S. president, even pitching the idea of Poland building a "Fort Trump" to house thousands of U.S. troops.

Thousands of U.S. and Polish troops are currently engaged in the June 5-19 Defender-Europe 20 maneuvers in northern Poland, the first large-scale war games in Europe since the coronavirus pandemic struck the continent.