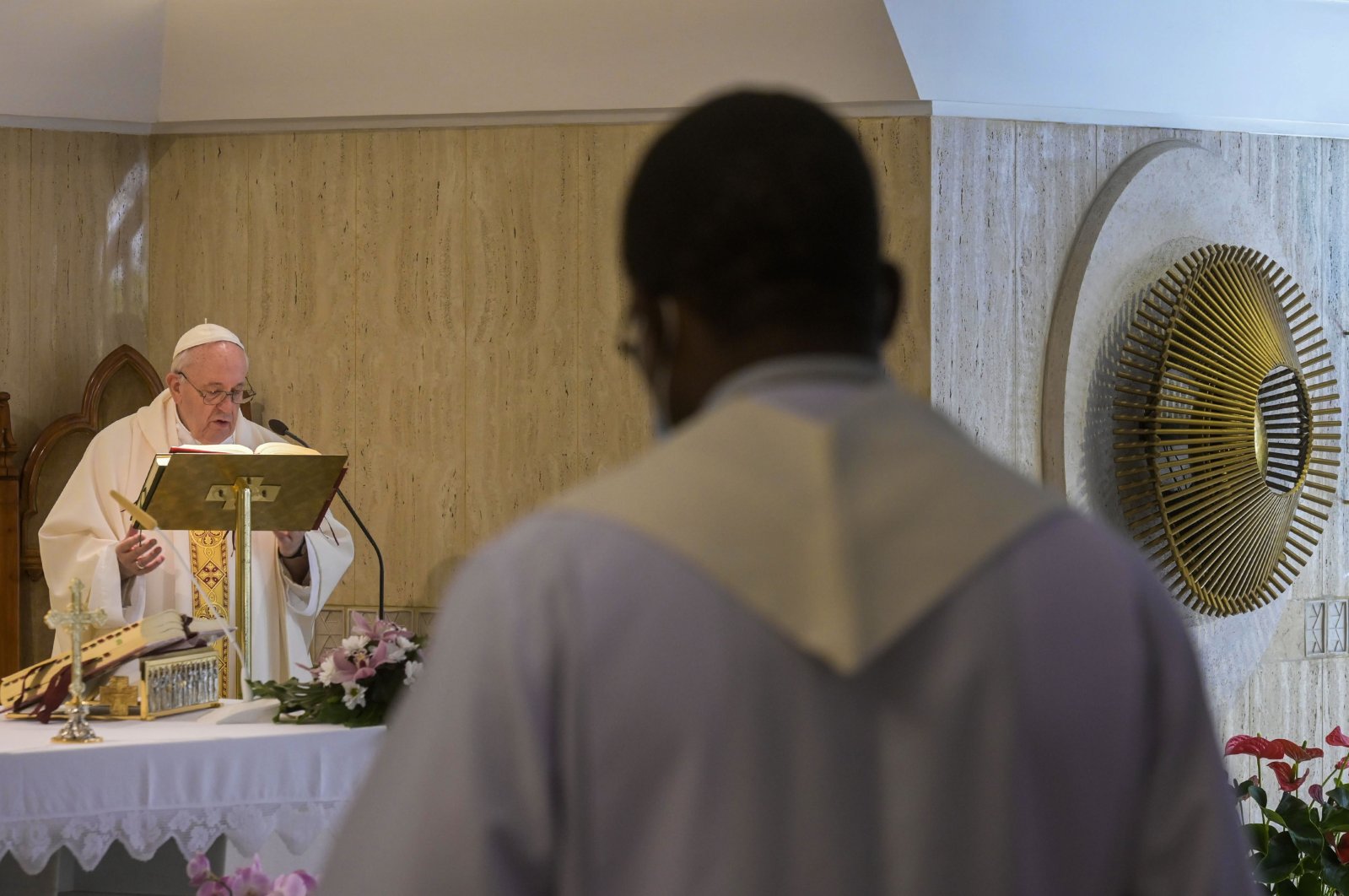 Pope Francis on Wednesday condemned the "hellish" migrant detention camps in Libya on the seventh anniversary of his trip to Lampedusa, where many of those fleeing the country for Europe by sea arrive.

"The war is indeed horrible, we know that, but you cannot imagine the hell that people are living there, in that detention camp. And those people came only with hope of crossing the sea," he said during a Mass at his residence at the Vatican.

In July 2013, the newly elected Pope Francis chose the tiny Mediterranean island for his first trip outside of Rome, where he denounced the "globalization of indifference" toward migrants.

"I remember that day, seven years ago, in the very south of Europe, on that island," Pope Francis said.

"A number of people told me their stories and all that they had gone through to get there. There were interpreters present. One person was telling me about terrible things in his language, and the interpreter seemed to translate well, but this person spoke so long and the translation was brief," he said.

Francis later found out the translator had given him the "distilled" version.

"This is what is happening today with Libya: They are giving us a 'distilled version,'" he said.

Francis regularly expresses solidarity with migrants who cross the Mediterranean and mourns those who lose their lives in the attempt.

He has repeatedly slammed the refusal of richer nations to welcome the refugees.

The International Organization for Migration (IOM) recorded 219 migrant deaths in the Mediterranean this year. But the number of people drowning, as a proportion of those trying to cross, has sharply risen from roughly 1 in 50 in 2017 to 1 in 20 in 2019, according to data compiled by the IOM.

Libya has been torn by civil war since the ouster of late ruler Moammar Gadhafi in 2011. The country's new government was founded in 2015 under a U.N.-led agreement, but efforts for a long-term political settlement failed due to a military offensive by putschist Gen. Khalifa Haftar's forces.