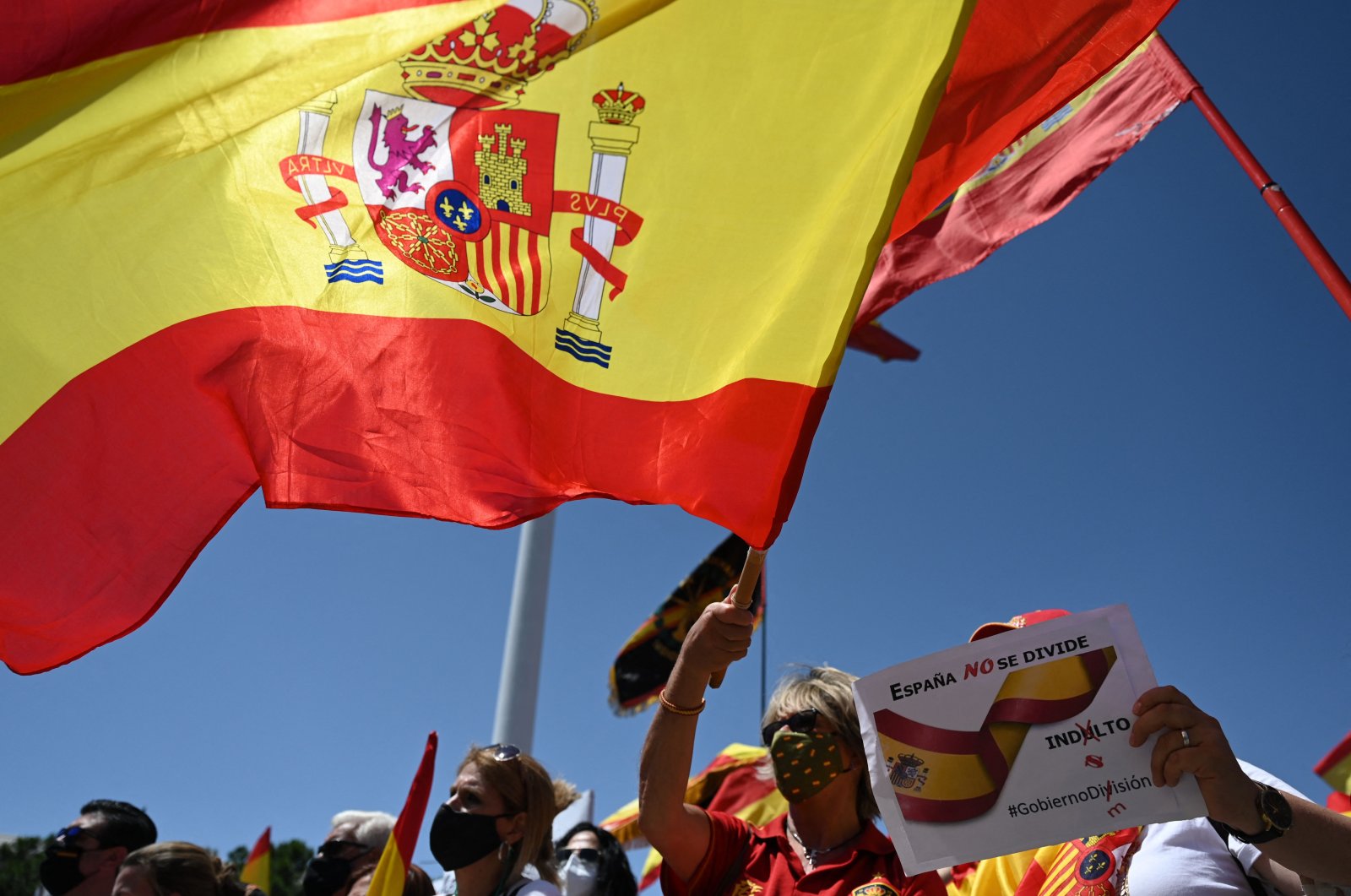 People wave Spanish flags during a protest by right-wing protesters to denounce the government's plans to offer pardons to the jailed Catalan politicians behind the failed 2017 independence bid, in Madrid, Spain, June 13, 2021. (AFP Photo)
by REUTERS Jun 13, 2021 2:36 pm
RECOMMENDED

The potential pardon of 12 Catalan separatist politicians, who were convicted over the region's failed independence bid in 2017, prompted thousands of Spaniards to protest against the government in Madrid on Sunday, as the demonstrators see the release as a threat to national unity.

Spain's Deputy Prime Minister Carmen Calvo gave the clearest indication yet that the pardons of the Catalan separatists were "close" in an interview published on Sunday with La Vanguardia newspaper, but the issue has bitterly divided Spaniards.

Around 63% of Spaniards oppose granting the pardons while some 25% backed it and about 6% were indifferent, according to a poll published on Sunday for niusdiario.es, an online newspaper.

"We should stop this now because for a pardon you must show contrition, and the separatists will not show that," Carlos Bandecha, 47, a businessperson, said at the rally, where many protesters waved red and yellow national flags.

Asked when Spain's center-left government might approve the pardons, Calvo told niusdiario.es: "Soon, they are close. After the Supreme Court report arrives, we will immediately follow up on them. They should arrive soon at the cabinet."

It sentenced nine Catalan separatist leaders in October 2019 to between nine and 13 years in jail on sedition charges for organizing an unauthorized referendum on independence and issuing a short-lived unilateral declaration of independence.

Three others were convicted of disobedience but not jailed.