Post-Brexit trade talks on brink as time runs out 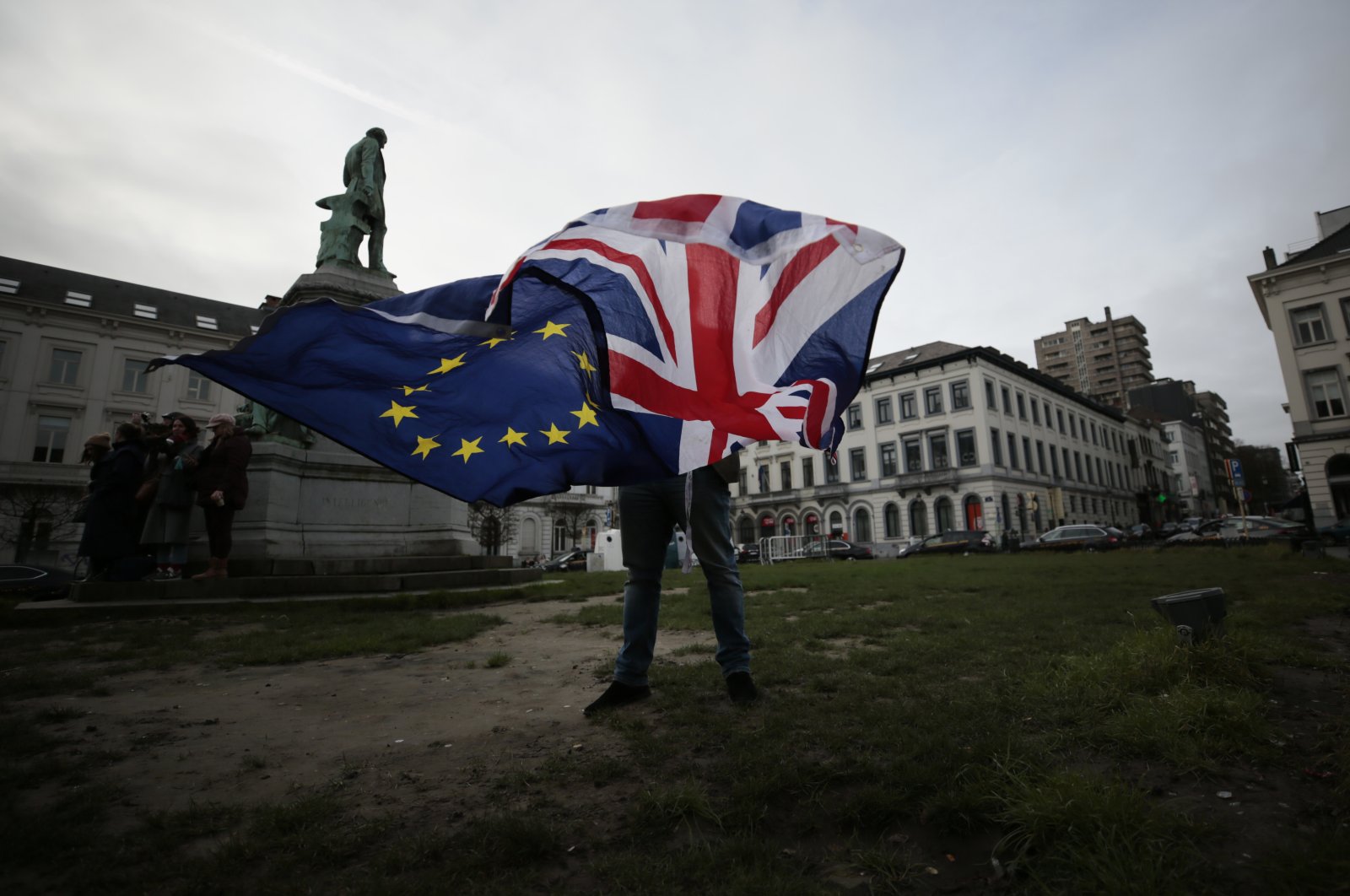 A pro-EU supporter unfurls a Union and EU flag prior to a ceremony to celebrate British and EU friendship outside the European Parliament, Brussels, Jan. 20, 2020. (AP Photo)
by French Press Agency - AFP Oct 14, 2020 5:23 pm
RECOMMENDED

Britain's Prime Minister Boris Johnson will decide whether or not to pursue last-ditch efforts to agree to a post-Brexit trade deal with Europe after a crunch call Wednesday with EU leader Ursula von der Leyen.

The call between the two comes on the eve of an EU summit that Johnson had declared to be the deadline for a breakthrough, but there appears to be no sign of imminent progress and Number 10 said London was facing a choice.

"There are still differences, with fisheries being the starkest. We need to get substance settled, and not having a common text to work from has made progress doubly difficult," a UK spokesperson said, referring to the drawn-out effort to agree on new trading rules.

"The PM's Sept. 7 statement was very clear about the significance of Oct. 15. He will need to take a decision on next steps following the European Council in the light of his conversation with presidents von der Leyen and Michel, and on advice from his negotiating team. We cannot prejudge that decision."

The 27 EU leaders will meet in Brussels Thursday, with the log-jam in the post-Brexit trade talks with their former partner the first item on their summit program.

According to initial draft conclusions seen by Agence France-Presse (AFP), although diplomats said these could be revised before the leaders gather, they will express concern "that progress on key issues of interest to the Union is still not sufficient for an agreement to be reached."

And they will invite EU negotiator Michel Barnier to "intensify negotiations" to strike and implement a trade deal before Jan. 1 when the UK will have left the single market.

Britain left the European Union on Jan. 31, but Barnier and U.K. negotiator David Frost have been locked in inconclusive talks on a follow-on arrangement for cross-Channel business. If no deal is reached, trade rules will revert to the bare bones of World Trade Organization (WTO) regulations.

Both sides insist they are ready for this and would prefer it to accepting a deal that oversteps their redlines, but experts forecast severe economic disruption.

On Sept. 7, seeking to spur progress, Johnson declared Oct. 15 to be his deadline to reach a deal or walk away. This date now seems likely to pass without talks breaking down.

On Tuesday, after meeting EU ministers in Luxembourg, Barnier stressed that much remains to be done. "The EU will continue to work for a fair deal in the coming days and weeks," he tweeted.

In response, a U.K. government source accused Brussels of "using the old playbook in which they thought running down the clock would work against the U.K."

Europe's three main concerns are agreeing on the rules of fair competition, agreeing how these rules will be policed and securing access to U.K. waters for EU fishing fleets.

Britain wants to reassert sovereignty over its waters and refuse EU legal oversight over the deal, insisting it wants a simple trade deal of the kind the EU signed with Canada.

Brussels in turn stresses that Britain's economy is far more integrated with and closer to the EU's than Canada and that its single market must be protected from British backsliding.

Northern fishing nations, in particular France, are holding a firm line on fishing, insisting that their boats operated in U.K. waters for centuries before the EU was formed.

French Foreign Minister Jean-Yves le Drian said: "As things currently stand, the hypothesis of a 'no deal' is a very real one and also one that is unfortunately very likely today."