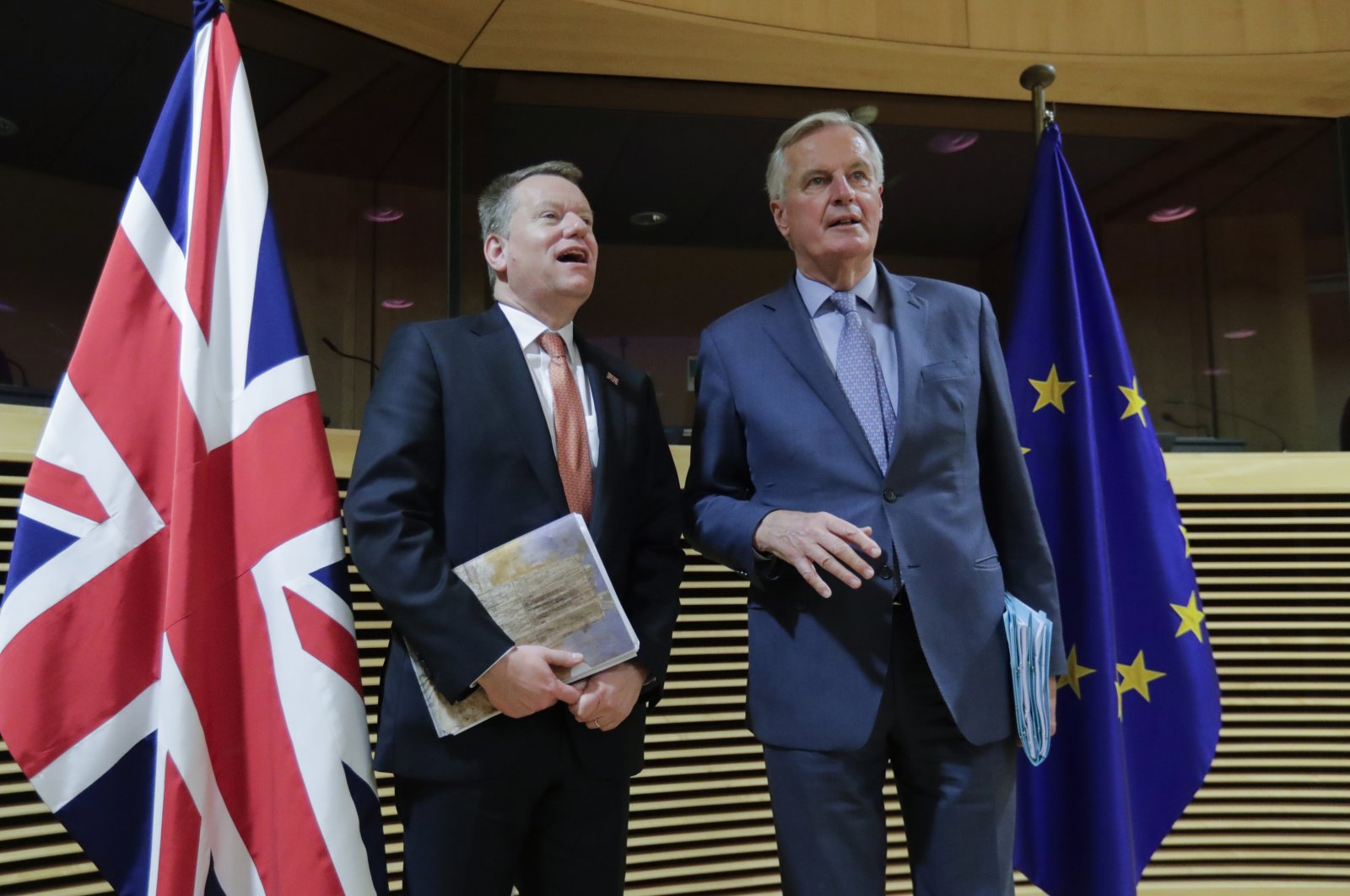 Talks between Britain and the European Union on their new trade relationship made little progress this week, EU sources said on Friday, with persistent differences on important areas weighing on chances for a deal by the end of the year.

That is when the status-quo transition period which followed Britain's departure from the EU in January is due to end. Both sides are now locked in talks on new cooperation rules from 2021 on matters ranging from trade to fisheries to security.

"Both sides agreed to disagree," said one diplomat following Brexit in the EU hub Brussels as the penultimate round of scheduled negotiations wrapped up on Friday before a deadline at the end of June.

Both sides are then due to assess progress so far and agree on any extension of talks, which London has refused to do.

Unless prolonged, the EU says any talks would need to wrap up around October to allow enough time for ratification of any new deal by the bloc's parliament and the 27 national capitals.

EU sources said fundamental disagreements persisted on the level playing field such as guarantees of fair competition, fisheries and the oversight role of the EU's top court, among other issues.

The bloc is pushing for a much closer relationship with Britain than the one envisaged by London, where Prime Minister Boris Johnson was a leading face of the Brexit campaign.

London said on Thursday that Britain would not give up its rights as an independent state by bending to EU demands in talks on a future relationship.

Britain rejects many of the strings the EU wants to attach to continued close cooperation and there has been no breakthrough on the main sticking points this week, the sources said. Britain would risk crashing out of its current elaborate EU links if no new agreement is reached or extra time granted, which would be the most damaging scenario for businesses on both sides of the English Channel.

Goldman Sachs said, however, it still expected a minimalistic trade deal to be sealed this year, which would give Johnson the opportunity to publicly declare his mission of leaving the EU's orbit accomplished.