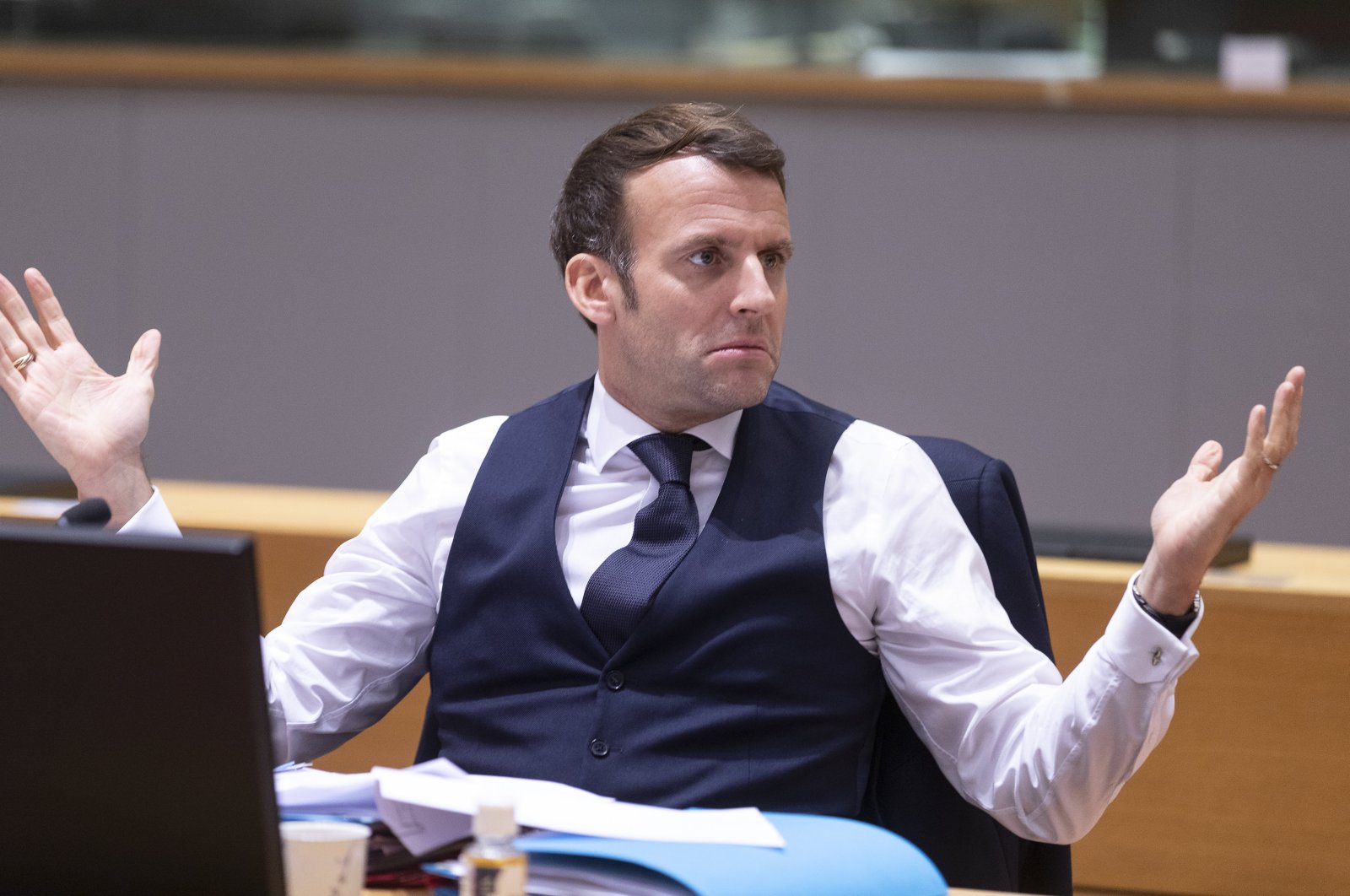 President Emmanuel Macron on Monday faced growing pressure to accelerate France's COVID-19 vaccination drive which has seen just a few hundred people receive the jab, with the French leader himself reportedly livid over the sluggish pace.

Just over 500 people have received the vaccine so far in France, with critics pointing to the figure of 200,000 people who have been immunized in Germany in a similar timeframe after the EU-wide rollout began a week ago.

"What we have seen is a government scandal," Jean Rottner, the head of France's Grand Est eastern region, which has seen a particularly sharp rise in infections, told France 2 television.

"Things need to accelerate," said Rottner, a member of the right-wing Republicans (LR) opposition party. "The French need clarity and firm messages from a government that knows where it is going. It is not giving this impression."

With pressure growing on Macron to take personal responsibility for the situation, the Elysee said the president would host a meeting later Monday with officials including Prime Minister Jean Castex to discuss the vaccine rollout.

The situation is worsened by skepticism about vaccinations in France that is far higher than in other countries, despite being the country that produced Louis Pasteur, the 19th-century scientist who pioneered immunization.

According to an opinion poll by Ipsos Global Advisor in partnership with the World Economic Forum last week, just 40% of the French want to take the vaccine compared with 77% in Britain.

Not a 'family stroll'

In his New Year address to the nation, Macron had pledged there would be no "unjustifiable delays" in the rollout of the vaccination, but the Journal du Dimanche newspaper reported Sunday that he has been scathing in private about the speed of progress.

A pace at the level of "a family stroll" was not "worthy of the moment nor of the French," the newspaper, seen as close to the Elysee Palace, quoted Macron as saying.

"I am at war in the morning, noon, evening and night," Macron, who recently himself recovered from COVID-19, reportedly said.

"I expect the same commitment from all. This won't do. It must change quickly and firmly."

The deputy president of the far-right National Rally (RN), Jordan Bardella, said France had become the "laughing stock of the world."

According to the French health ministry, just 516 people had received the vaccination by Jan. 1.

The government had begun the vaccination drive by targeting residents of care homes, a laborious process given that consent is required from each patient.

However, in an apparent change of tack in the face of the pressure, Health Minister Olivier Veran announced that health workers aged over 50 could be vaccinated starting Monday.

"Is France getting the dunce's hat in Europe for vaccinations?" asked Le Monde.

"If the art of government lies in implementation... then we are living through a political crisis," added an editorial in Le Figaro.

Dominique le Guludec, head of France's High Health Authority (HAS) defended the strategy to target the elderly saying they were the ones most at risk from hospitalization or death.

"You have to keep calm and prioritize because if you vaccinate a lot of people but not the right ones, it will take months to reduce hospitalizations and deaths," she told BFM-TV.

"We need to vaccinate those who need it less. The others will come later."

The EU so far has approved only the Pfizer-BioNTech vaccine, while a vaccine developed by France's Sanofi and Britain's GSK is only going to be ready later in the year due to delays.

The government has vehemently denied it is holding out for a homegrown French vaccine to become available.

Prominent French Green politician Yannick Jadot accused the government of banking on the Sanofi vaccine whose lateness he described as a "French industrial fiasco."

Jadot told Radio Classique that rather than blaming others Macron bears a share of the responsibility.

"The president appointed himself the generalissimo of the war against Covid but puts the blame on those in the frontline," he said.