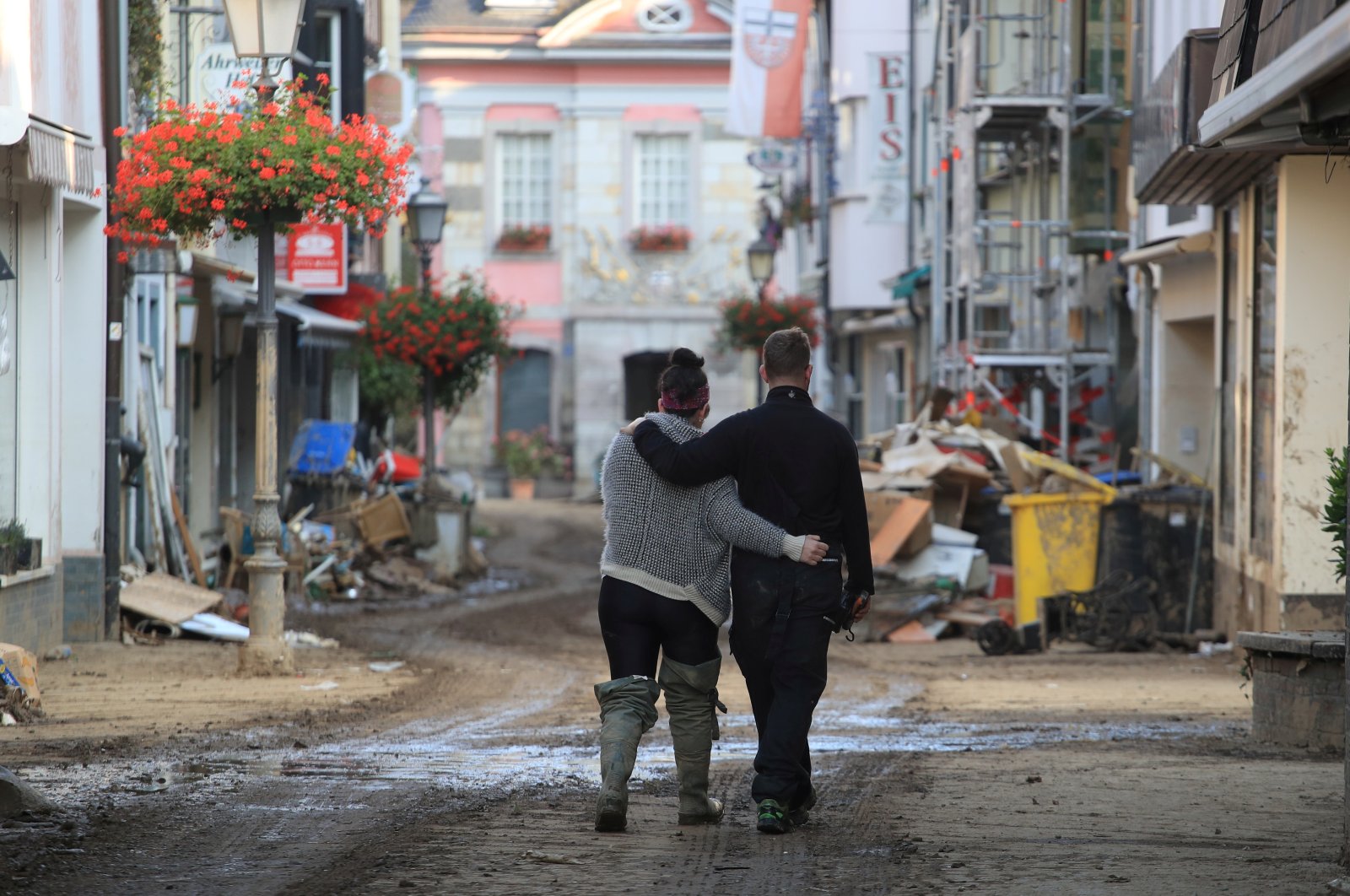 An investigation has been launched against the district chief of the flood-hit region of Ahrweiler over negligence due to late warning, causing the deaths of almost 200 people, German prosecutors said Friday.

Some 189 people lost their lives in severe floods that pummelled western Germany in mid-July, raising questions about whether enough was done to warn locals.

Following an initial examination of the case, prosecutors in Koblenz said they have "affirmed the initial suspicion of negligent homicide and negligent bodily harm ... and have initiated investigations."

Ahrweiler district chief Juergen Pfoehler is the focus of the probe because he had the "sole decision-making authority" and was meant to be in charge of the operation according to current regulations.

Another member of the crisis group, who had for at least part of the time taken over the command of the emergency response, was also under investigation, prosecutors said, without naming the suspect.

After reconstructing events, investigators found that forecasts about the impending floods should have led officials to sound the warning and evacuate residents living near the swollen Ahr river by 8:30 pm (6:30 p.m. GMT) on July 14.

It took until just after 11:00 p.m. local time for evacuation orders and warnings via smartphone apps to reach residents, according to initial findings.

"We mustn't forget that. But even in a case like this, it is possible that criminally relevant human behavior could have contributed to the deaths and injuries of these people."

Kruse singled out the 12 lives lost at a care facility for the disabled when residents on the ground floor drowned in the floodwater.

Kruse said investigators had searched the district administration office and seized mobile phones as part of their efforts to piece together which warnings were received when and what action was taken.

Kruse said Pfoehler had told prosecutors he had delegated the handling of the crisis to an experienced deputy that night – the unnamed other person targeted in the probe.

Pfoehler himself, who belongs to Chancellor Angela Merkel's CDU party, was being kept up to date by phone as the flood disaster unfolded.

The Ahrweiler district is located in the state of Rhineland-Palatinate where at least 142 people died in the floods.

Sixteen people are still missing after torrents of water ripped through towns and villages, destroying bridges, roads, railways and housing in the region's worst flooding disaster in living memory.

Another 47 people died in the neighboring state of North-Rhine Westphalia.

German government officials have vowed to learn lessons from the tragedy and improve the country's disaster warning systems, including through SMS alerts and wider use of sirens.