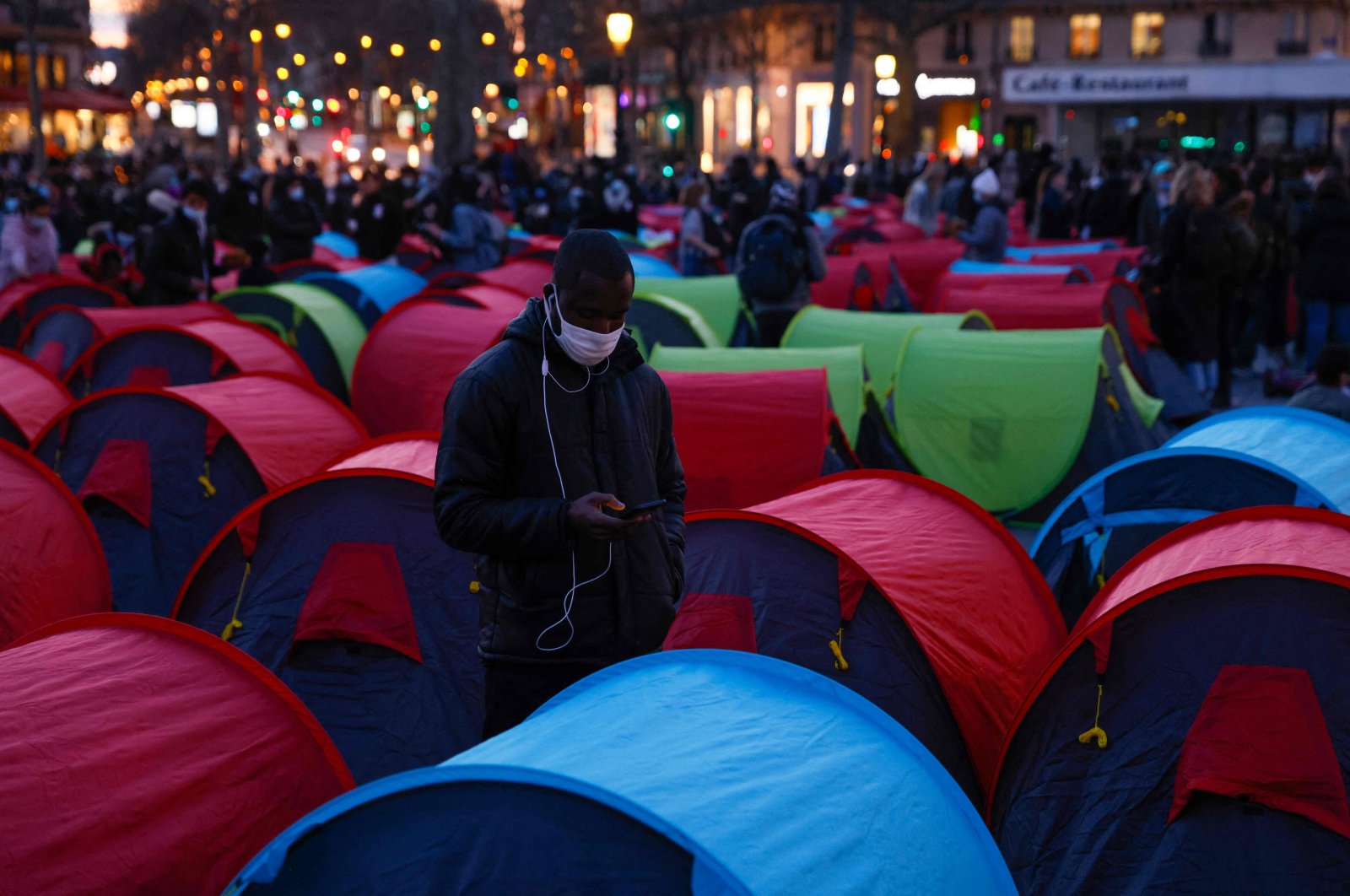 A man looks at his mobile phone as he stands among tents set up in La Place de la Republique for the start of a "night of solidarity" to highlight the plight of the homeless in central Paris, March 25, 2021. (AFP Photo)
by Agencies Mar 26, 2021 12:08 pm
RECOMMENDED

Hundreds of people camped out in a square in Paris on Thursday evening demanding authorities to provide decent housing for migrants and asylum seekers.

"I was sleeping in a squat previously and now I am here with my wife and daughter," said protester Mamoutou Ouattara, a 32-year-old migrant from Ivory Coast.

He said he needed a stable housing situation to allow his daughter to go to school so she didn't miss out on her education.

Fatoumata Traore, a 34-year-old migrant who was also from Ivory Coast, said she had never had a stable home to stay in and had been homeless for three months along with her husband and daughter.

Many of the migrants who camped on the square are from Afghanistan.

"Irregular migrants had camped in this square in November 2020. It was very bad and violent. These immigrants are not afraid of the police. They struggle to survive under the bridges every day and every evening. Police do not hesitate to beat migrants, use tear gas against them and scatter their tents," head of Afghan Children Union Reza Jafari said.

"It can be violent like last time. It's good you're here to witness it... Luckily other journalists are here. It's better to be exposed to it overnight than under bridges every day, according to immigrants," he added.

The action was organized by several nongovernmental organizations (NGOs) and charity groups.

"What we are asking once more is that people are put in a safe place," said Nikolai Posner, a member of NGO Utopia 56 which helps support migrants in France

"We will stay here until this happens."

In November 2020, police cleared a migrant camp on Republique square in a violent and harsh fashion in which several migrants were seen being beaten in footage that went viral.