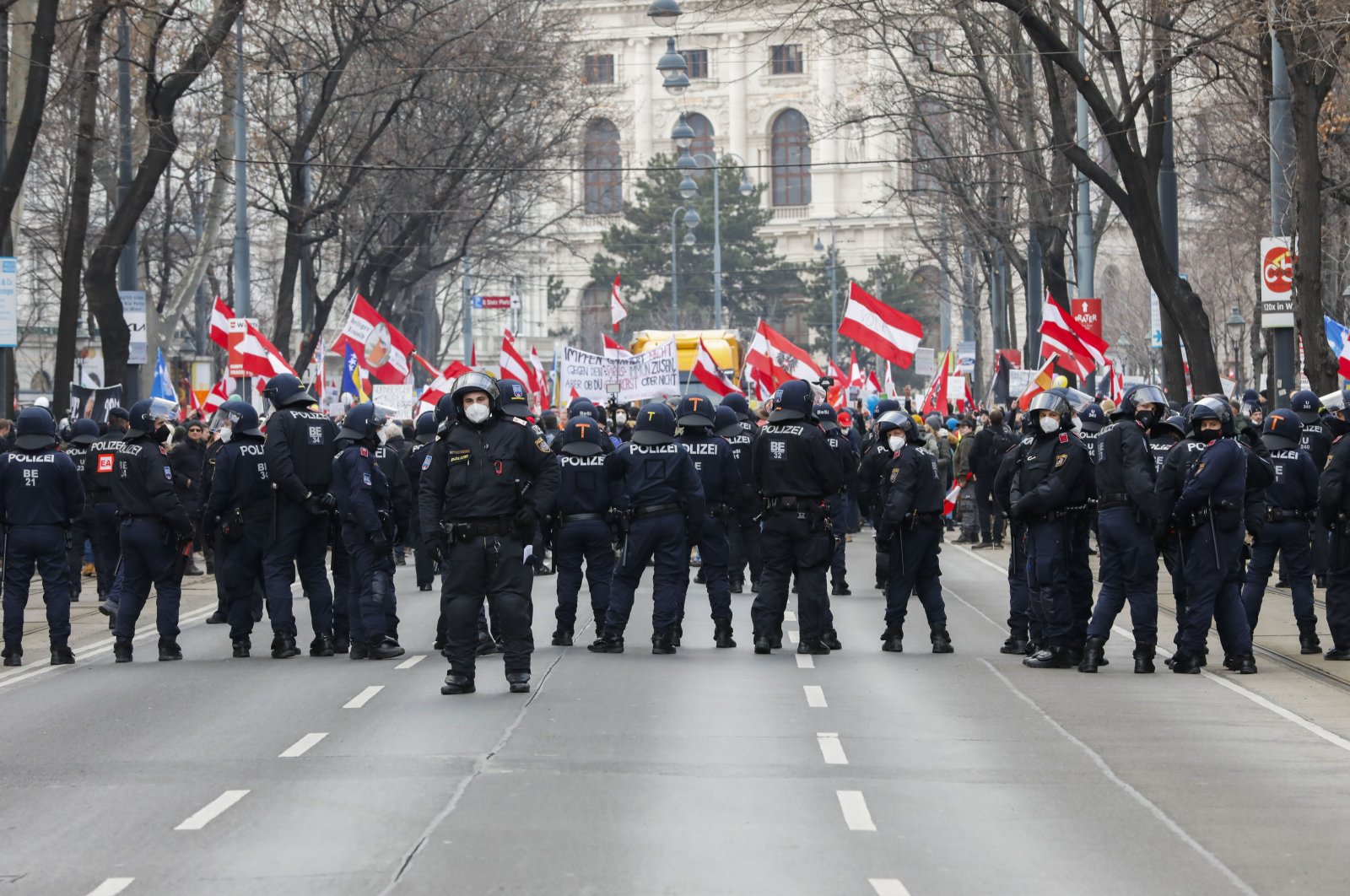 Protests against government measures to combat the coronavirus pandemic reverberated across the Germanic world, as thousands took to the streets in Austria and Germany in outrage against potential vaccine mandates for the general public and children.

Some 40,000 people protested in Vienna on Saturday as vaccination is set to become compulsory in Austria from next month, though police said the demonstration was largely peaceful.

However, officers did have to halt the march briefly. Some demonstrators tried to break through the police barrier and some were arrested, according to the police.

More than 1,000 officers were deployed at the protest.

Several thousand people demonstrated in German cities, as well, as the country pursues new restrictions to tame the spread of the omicron variant of coronavirus.

The largest event was held in Hamburg, where some 16,000 people attended, according to police. The organizers had initially expected 11,000 to turn out to the rally, held under the banner, "Enough! Hands off our children."

The organizers called on the attendees to wear masks and to keep distance from each other, in line with the rules, although many failed to heed the call.

One participant wore a Star of David with the inscription "unvaccinated," according to a police tweet. Officers added that they were investigating for incitement.

Large events were also expected throughout the country, including in the cities of Magdeburg, Freiburg, Ansbach, Regensburg and Schwerin.

Some 1,600 people gathered in the northern city of Schwerin, police said, with 2,000 expected, according to the organizers. A banner at the head of the procession said: "Parents and grandparents say !!!NO!!! to Covid-19 vaccinations for children!" Drums and trumpets accompanied the march.

In Magdeburg, thousands of people marched through the city for several hours, bringing trams to a standstill and blocking the roads at times.

In Berlin, one coronavirus demonstration took the form of a car-and-bike convoy. Police counted more than 100 vehicles, 70 bikes and around 200 people overall.

While Saturday's protests were peaceful, some coronavirus-related demonstrations have been marred by clashes in Germany in recent weeks.

Officers were attacked with fireworks at a protest in Zwönitz in the eastern state of Saxony on Friday evening. Police have launched an investigation.

Health Minister Karl Lauterbach said the arguments made by vaccination opponents and COVID-19 deniers had lost all measure and focus.

"A small group is willing to wipe all scientific knowledge off the table and voluntarily enter a bubble of bogus truths," he said in comments to the Welt am Sonntag newspaper. He views the protests as a new and frightening development in post-war German history.

Friedrich Merz, the designated leader of the opposition Christian Democrats, said many regular citizens were among the attendees at the coronavirus demonstrations. He told Focus Online that they had been "carried away by conspiracy theories."

Some 2,500 people turned out in the town of Minden in western Germany to oppose the "lateral thinkers," a group that has taken a lead role in organizing protests against the government's policies.

One attendee held a poster that said, "Yes to freedom of opinion and togetherness – resolutely no to hatred, threats and violence."

In Erfurt, up to 1,000 people turned out to show their support for democracy and the pandemic measures, according to police and the organizers.