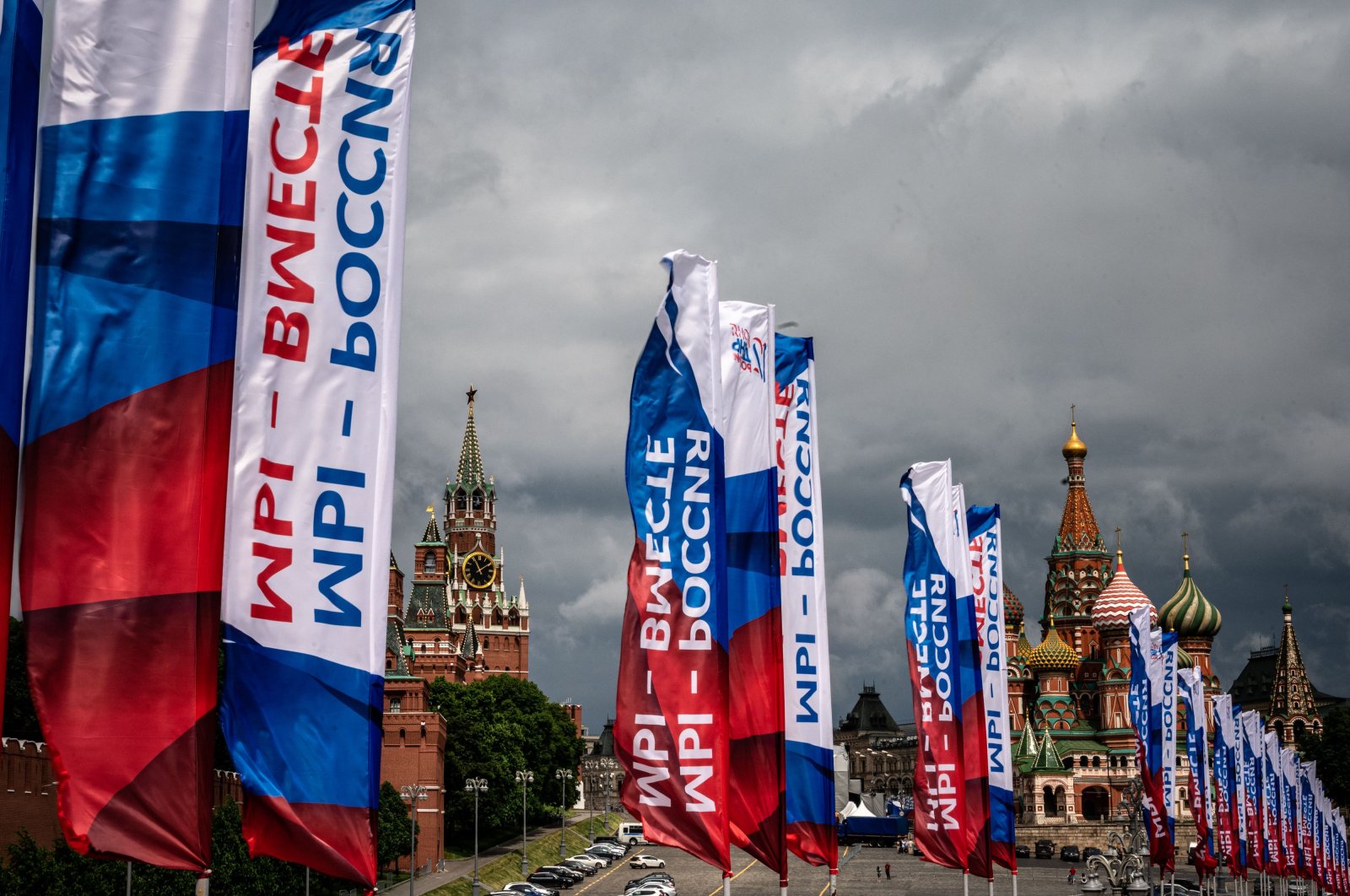 President Vladimir Putin said Friday an "absolute majority" of Russians backed his controversial plan to change the Constitution, as he made his first public appearance after weeks of lockdown.

Russia, which has the world's third-largest coronavirus caseload, this week lifted tight restrictions as Putin set the stage for a vote on July 1 that could extend his hold on power until 2036.

Putin greeted his compatriots at an open-air flag-raising ceremony in western Moscow to mark Russia Day, a public holiday.

He was surrounded by allies, including prominent pediatrician Leonid Roshal.

Appearing without a mask and smiling in the bright sunshine, the 67-year-old leader praised the spirit of the Russian people as well their traditions and culture.

He said it was only natural that Russians wanted to see these "fundamental, basic premises" reflected in the Constitution.

"I am sure that an absolute majority of our citizens share and support such a position," Putin said.

During the ceremony, he also bestowed labor awards on Roshal, popular Soviet-era actor Yury Solomin and other figures.

Putin, who has dominated Russia for two decades, in January unleashed a political storm, proposing an overhaul of the Constitution, the first changes to the basic law since 1993.

In a carefully choreographed move, he later agreed for the amendments to include a provision that would reset the clock on his term limits to zero, meaning he could potentially stay in power until 2036.

Even though infections have been declining in Russia, many doctors and Kremlin critics say the lockdown restrictions have been lifted prematurely in Moscow, the epicenter of the Russian outbreak.

Critics accuse Putin of rushing to drum up support ahead of the vote as his approval ratings fall, according to independent pollsters.

On Friday evening, authorities will stage a concert on Red Square, adding however that those attending will respect social distancing rules.

On June 24, Putin will also preside over a massive military parade to mark Soviet victory in World War II.

Both the vote and the parade had to be rescheduled due to the lockdown.

Over the past few weeks, Putin has largely worked from his residence outside Moscow.

"This is a major risk for you, your children and your loved ones," he said in televised remarks.

Russia has confirmed a total of 6,715 coronavirus deaths, a far lower mortality rate than in other countries with large outbreaks.

Critics have cast doubt on those figures and accused authorities of underreporting to play down the scale of the crisis.

After the criticism, Moscow health officials have adjusted how they report numbers.

This week, officials said the capital recorded its highest fatality count in a decade last month, with more than one-third of the deaths due to the new coronavirus.

The city's health department said a total of 15,713 people had died in May.

It was the largest number of deaths since the summer of 2010 when Moscow was battered by an unprecedented heat wave and smog.