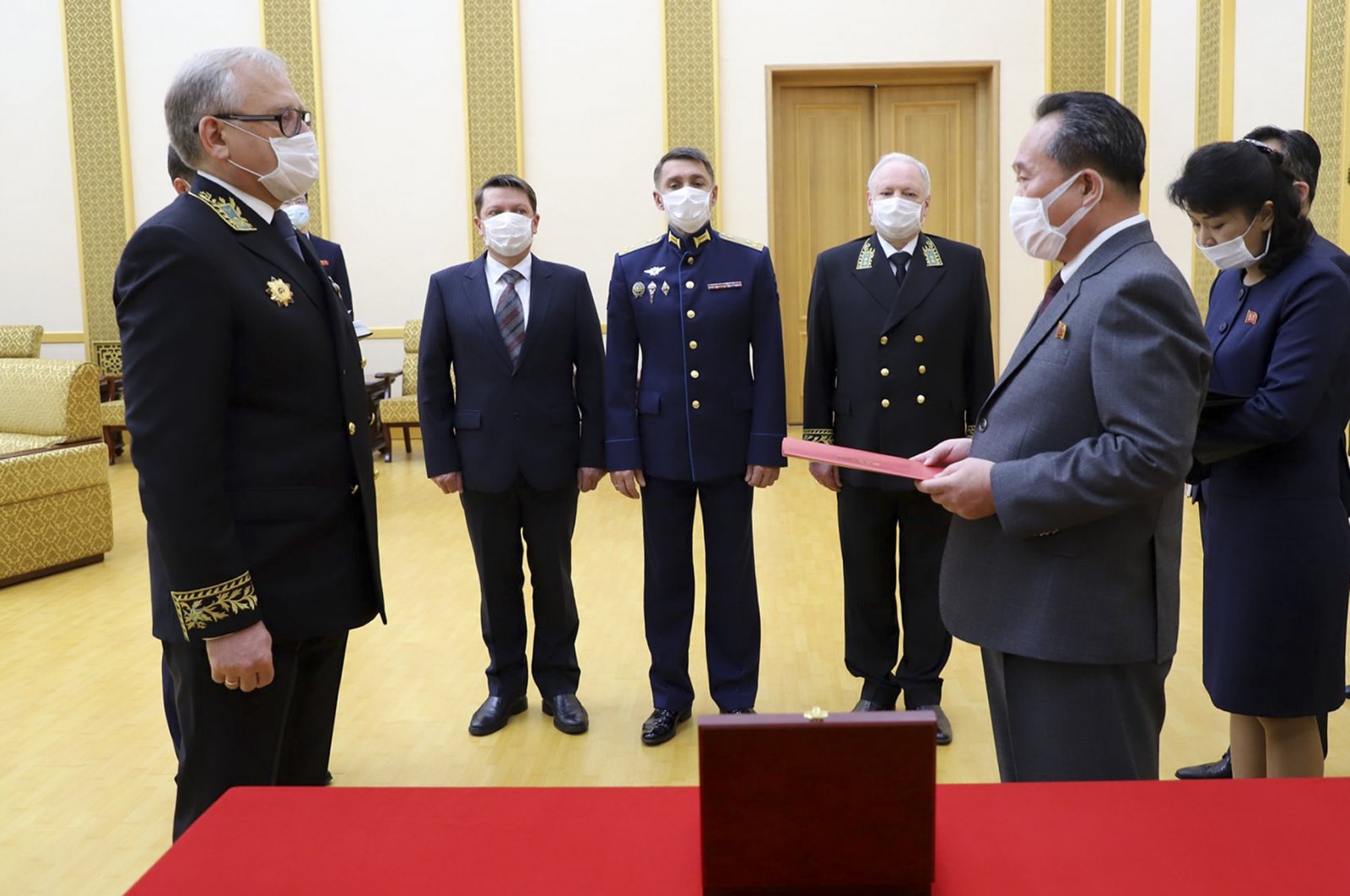 The medal was awarded to the North Korean leader for his role in preserving the memory of Soviet soldiers who died on North Korean territory, the statement said.

Russia's ambassador in North Korea, Alexander Matsegora, presented the award to the country's Foreign Minister Ri Son-gwon on Tuesday. Kim, who was rumored earlier this month to have fallen ill, didn't attend the ceremony.

Photos of the meeting in Pyongyang showed Russian and North Korean officials wearing face masks despite the fact that North Korea so far has not reported a single case of the new coronavirus.

Last year Russia invited Kim to visit Moscow on May 9 and attend the military parade marking the 75th anniversary of the victory. Putin announced the decision to postpone the parade indefinitely last month because of the coronavirus pandemic.

In 2015, the North Korean leader rejected a similar invitation to the 70th anniversary, citing domestic affairs.