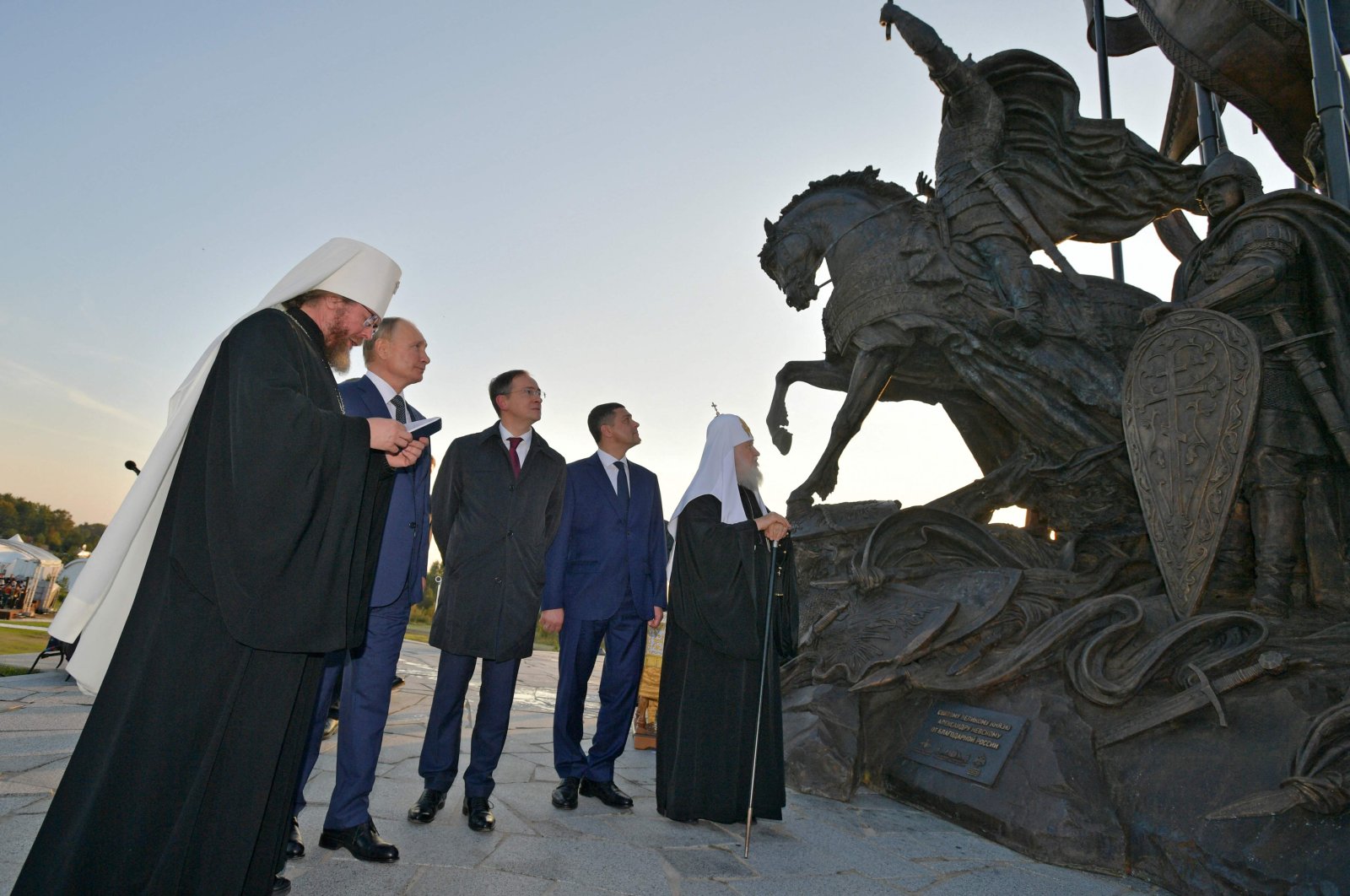 Russian President Vladimir Putin on Saturday inaugurated a huge monument honoring the country’s legendary medieval prince Alexander Nevsky, while he also praised a "strong" Russia ahead of parliamentary polls.
Soviet and Russian authorities have for decades lauded the 13th-century prince for halting the eastward expansion of the Swedes and Germans and his image has often been used for propaganda purposes.
Accompanied by Patriarch Kirill, head of Russia's Orthodox Church, and top officials, the Russian leader unveiled a 50-tonne (50,000-kilogram) monument to the prince and his warriors on the shores of Chudskoe Lake, on the northwestern border with EU member Estonia.
Putin praised the prince for his victory over the Teutonic Knights on the ice-bound lake in 1242, saying he was a symbol of patriotism and devotion to the Motherland.
"This victory became decisive, halted the advance of enemies and showed everyone in the west and the east that the strength of Russia is not broken and the Russian land has people who are ready to fight for it," Putin said.
The figure of the prince has supported and inspired Russians in times of war and peace, Putin added.


He described Nevsky's legacy as a "strong, centralised Russian state created by his descendants."
Also present at the ceremony was Metropolitan Tikhon, widely described as Putin's spiritual advisor.
The epic "Battle on the Ice" is the focus of Sergei Eisenstein's 1938 film, "Alexander Nevsky," created under Soviet dictator Joseph Stalin.
Russia will hold parliamentary elections on Sept. 17-19, with nearly all vocal Kremlin critics barred from running and ruling United Russia floundering in the polls.
RECOMMENDED