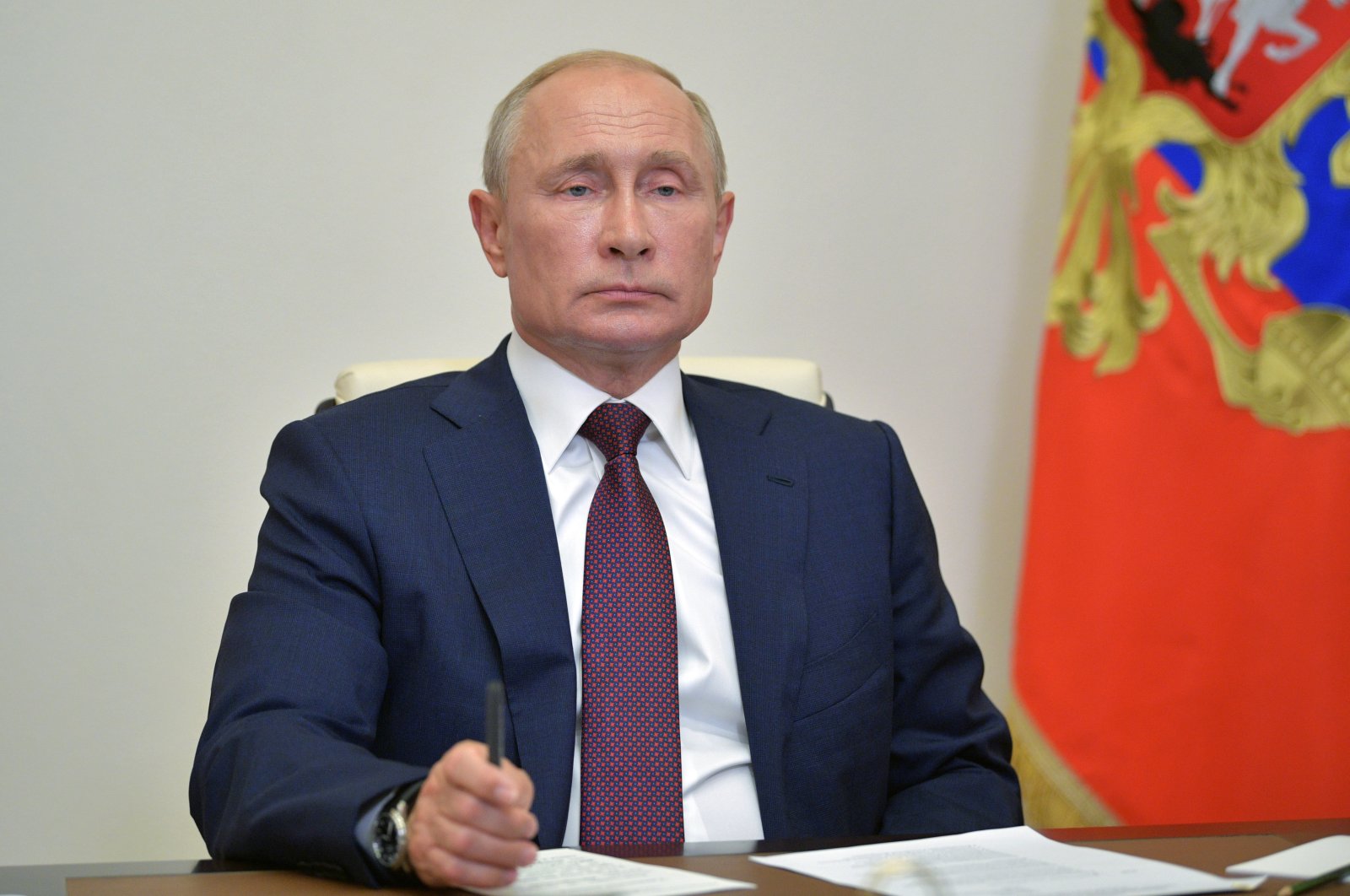 Russian President Vladimir Putin chairs a meeting with members of a working group to prepare proposals on amending the Russian Constitution via teleconference in Moscow, July 3, 2020. (AP Photo)
by REUTERS Jul 03, 2020 6:08 pm
RECOMMENDED

President Vladimir Putin said on Friday Russian society had shown unity by voting to back reforms allowing him to stay in power until 2036, and that Russians had felt the need for the changes in their hearts.

Putin, 67, also decreed the constitutional amendments would enter force on July 4 after they were backed by almost 78% of Russians, according to official results, in a week-long vote that ended on Wednesday.

"People felt with their hearts that what was on offer (the amendments) ... was in demand and what the country needed," Putin said in his first public comments on the vote.

"In general, the results of the vote showed a high level of unity in society on key questions that are of national significance," Putin said.

Other changes in the reform package grant former presidents immunity from prosecution, enshrine a reference in the constitution to God and define marriage as a union between a man and a woman.

Putin also used a meeting with officials broadcast on state television to try to poke fun at the U.S. embassy in Moscow for flying the rainbow flag as part of LGBT pride celebrations.

"They have shown something about who is working there. But never mind ... Our position is understood," said Putin, who has sought to distance Russia from liberal values and aligned himself with the Russian Orthodox Church.

Putin said during the campaign to change the constitution that he would not let the traditional notion of a mother and father be subverted by what he called the "parent number 1" and "parent number 2" alternative.