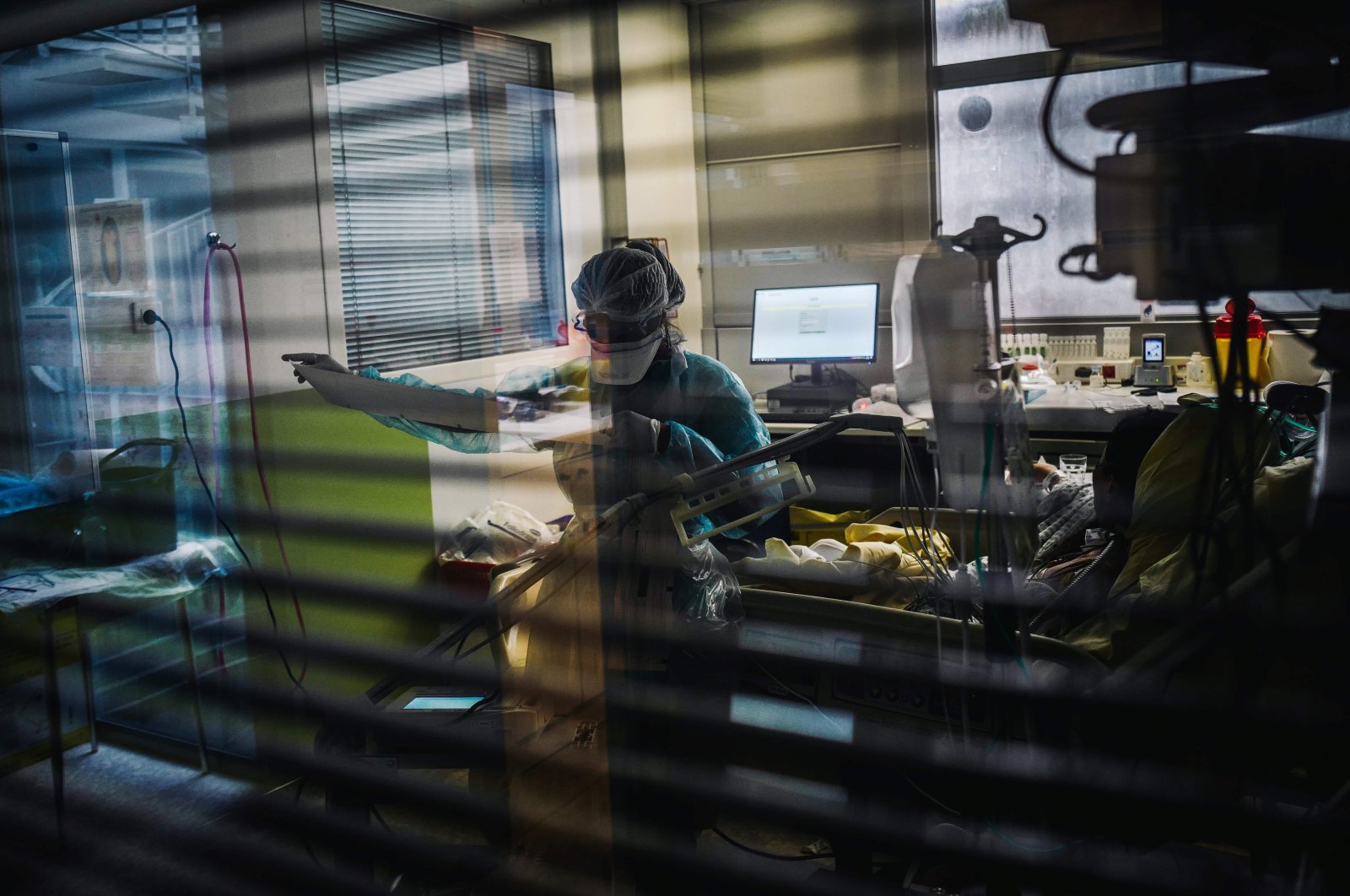 As case numbers and fatalities rise across Europe in a second wave of the novel coronavirus, many countries are introducing more severe precautions against the outbreak than when it first made its way to the continent at the beginning of the year.

For four weeks, restaurants and businesses will also be closed during the curfew hours, with exceptions.

Gatherings in these cities will only be allowed a maximum of six people. Those who violate the ban will be fined 135 euros ($160) on their first offense and 1,500 euros for repeated violations.

The number of daily cases across the United Kingdom reached 17,000 over the past week.

Wales announced a two-week lockdown around the country between Oct. 23- Nov. 9.

The lockdown, which will start at 6:00 p.m. local time (1700GMT) on Friday, will involve a shutdown of non-essential retail venues, as well as leisure and hospitality businesses.

With the exception of key workers, people will be asked to work from home. They will also be banned from mixing with people from other households both indoors and outdoors.

Places of worship will also be shut, except for weddings and funerals.

Now, nine cities, including the capital London, are at the second tier, while the port city Liverpool is expected to progress to the third.

The first tier involves the shutting down of pubs at 10:00 p.m. (2200GMT) and bars meetings of groups larger than six people outside the home, among other measures. The second tier brings more restrictions, such as a ban on different households mixing. Restrictions in the third include a prohibition on social mixing indoors and closing pubs entirely.

Over the last 14 days, Spain has detected nearly 147,000 new coronavirus infections, with more than 12% of all tests coming back positive.

Prioritizing economic recovery, the government opted for regional lockdowns in critical areas, rather than a nation-wide lockdown.

After the virus overwhelmed tracers, authorities announced on Monday that two more Spanish cities would enforce sanitary cordons and stricter precautions to prevent the virus from spreading further.

The cities of Burgos and Aranda de Duero will restrict all non-essential movement beginning on Tuesday and Wednesday, respectively. This will be the third separate confinement of Aranda de Duero since summer. They will not close bars and restaurants.

Dozens of other Spanish cities find themselves in the same situation, including Madrid, though authorities are expected to lift the measures here on Friday.

This weekend, the enclave of Melilla and Catalonia became the first region to close all bars and restaurants for a period of at least 15 days.

Catalonia has seen a sharp surge in cases, and local media reports indicate that authorities are also mulling a curfew.

On Oct. 17, Germany reported 7,830 daily cases – the country's highest daily increase since the start of the pandemic.

Measures will be tightened in cities and districts where the number of cases per 100,000 people over the past seven days exceeds 50.

Accordingly, restaurants, cafes and bars will be closed as of 11:00 p.m. (2100GMT), while wearing face masks in high-risk areas will be mandatory. Private gatherings will be limited to a maximum of 10 people.

On Oct. 20, the Berchtesgadener Land region of Bavaria imposed a lockdown for 14 days as the region reported 252 cases per 100,000 people in the last week. People were banned from leaving their homes except for going to work, shopping and exercising. Hotels, schools and daycare centers were closed.

An average 6,200 new cases were reported daily in the Netherlands over the last week. On Oct. 14, the country announced a partial lockdown to stem the spread of the virus.

While restaurants and bars were closed once again, public transport services were reduced. The sales of alcoholic beverages were prohibited after 8:00 p.m. (1800GMT) and it was reported that amateur sports and other activities will not be held for a month.

As occupancy rates have started to climb in hospitals, 2,485 people, 412 of whom are in intensive care, are still receiving COVID-19 treatment in Belgium.

The number of filled intensive care beds across the country is now at 2,000, with concerns mounting that at this rate, they may be completely occupied by mid-November. Non-emergency treatments and surgeries have been postponed in many hospitals.

The country has taken some additional measures to contain the infections. As of Monday, restaurants, cafes and bars across Belgium will be closed for a month.

Belgium also imposed a curfew from midnight to 5:00 a.m. (2200GMT-0300GMT), with close contacts limited to one person outside the family per person and people working from home where possible.

An average 7,000 new cases have been announced daily in Poland in the last week, while the government has taken new measures.

Restaurants in the country will accept customers at certain hours and at half their capacity, while higher education institutions will switch to distance learning and sporting events held without fans. The Warsaw National Stadium will be converted into a field hospital.

In the Czech Republic, where an average 6,000 cases have been reported over the last week, the government imposed a partial lockdown. For three weeks, cafes, restaurants and schools have been closed. Consumption of alcoholic beverages has been banned in public areas.

Austria has confirmed an average of over 1,000 daily cases in the past week. The government has limited private events to a maximum of six people indoors and 12 outdoors.

Interior Minister Ales Hojs called on the public to cancel their touristic trips, prohibiting crossings between 12 regions in the country.

Slovenia, with a population of 2 million, once again declared an "epidemic" on Monday after the number of cases increased to 13,679, while the death toll reached 190.

Greece reported 667 new coronavirus cases on Tuesday, the highest single-day figure since a lockdown was lifted in May.

The overall case count now stands at 26,469, while the death toll increased by eight to reach 528, health authorities said.

At least 250 of the new infections were reported in the capital Athens and 125 more were recorded in Thessaloniki.

In a briefing, Gkikas Magiorkinis, a Health Ministry committee member, urged people aged between 18 and 40 to be particularly cautious, saying that the highest infection rate was among this age group.

Some 60% to 70% of all new cases in recent days have been people in this age group, he said.

The official warned that Greece's virus trends are worsening, with average daily fatalities also rising this week from around five a day to at least seven or eight.