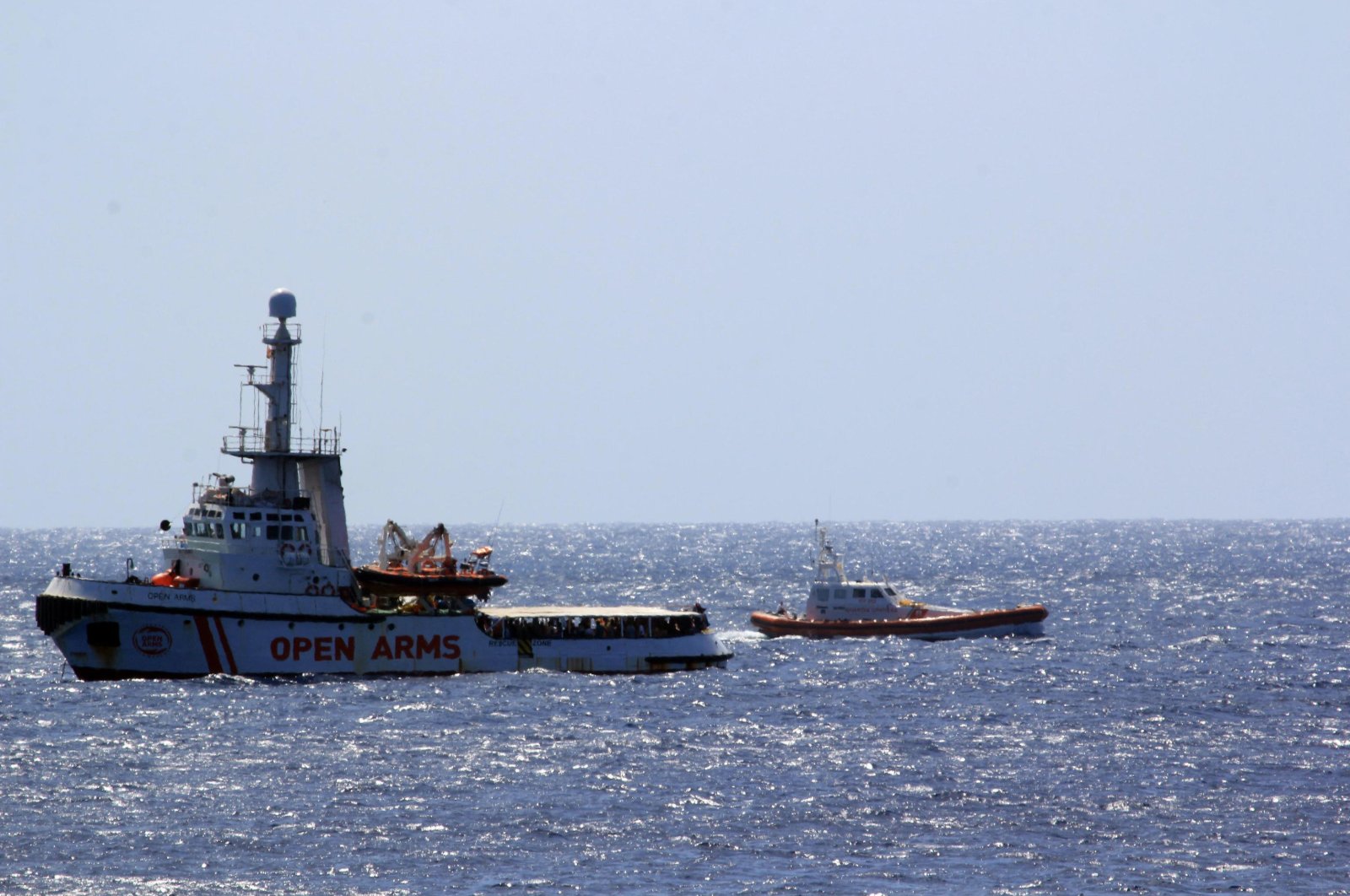 The Open Arms Spanish humanitarian boat with 147 migrants, left, is monitored by an Italian Coast guard vessel as it sails off the coasts of the Sicilian island of Lampedusa, southern Italy, Sunday, Aug. 15, 2019. (AP Photo)
by AFP - French Press Agency May 02, 2020 5:07 pm
RECOMMENDED

Around 180 refugees rescued at sea and held in isolation on an Italian ferry will disembark in Palermo on Monday.

According to AFP, the migrants had been pulled to safety on two separate operations conducted by NGO rescue vessels and placed on the Rubattino ferry after Italy closed its ports in light of the coronavirus epidemic. All tested negative for the virus.

The Avvenire daily reports that holding them longer than the 14-day isolation period would leave Italy open to accusations of illegally detaining the migrants – something of which the government is very wary given far-right leader Matteo Salvini is to stand trial accused of just that. Last year, while acting as interior minister, Salvini blocked migrants from disembarking from a coast guard boat upon the insistence that they not be allowed off until a deal was made with the EU over who would take responsibility for their care.

It is not yet known whether the 183 people disembarking on Monday, including two women and 44 unaccompanied minors, would be sent to other EU countries.

Nearby Malta is currently refusing to allow 57 refugees who were rescued from a dingy this week to disembark until they get an agreement with the EU on their future placement. The refugees are being held just outside Malta's territorial waters on a private vessel that is normally used for tour cruises, the Mediterranean island nation's government said

It remains unclear whether Italy will re-open ports as the country gradually lifts its two-month lockdown on Monday. Malta has officially recorded four coronavirus deaths, compared with more than 28,000 reported by Italy.