Relations between Russia, UK "at a freezing point," Lavrov says 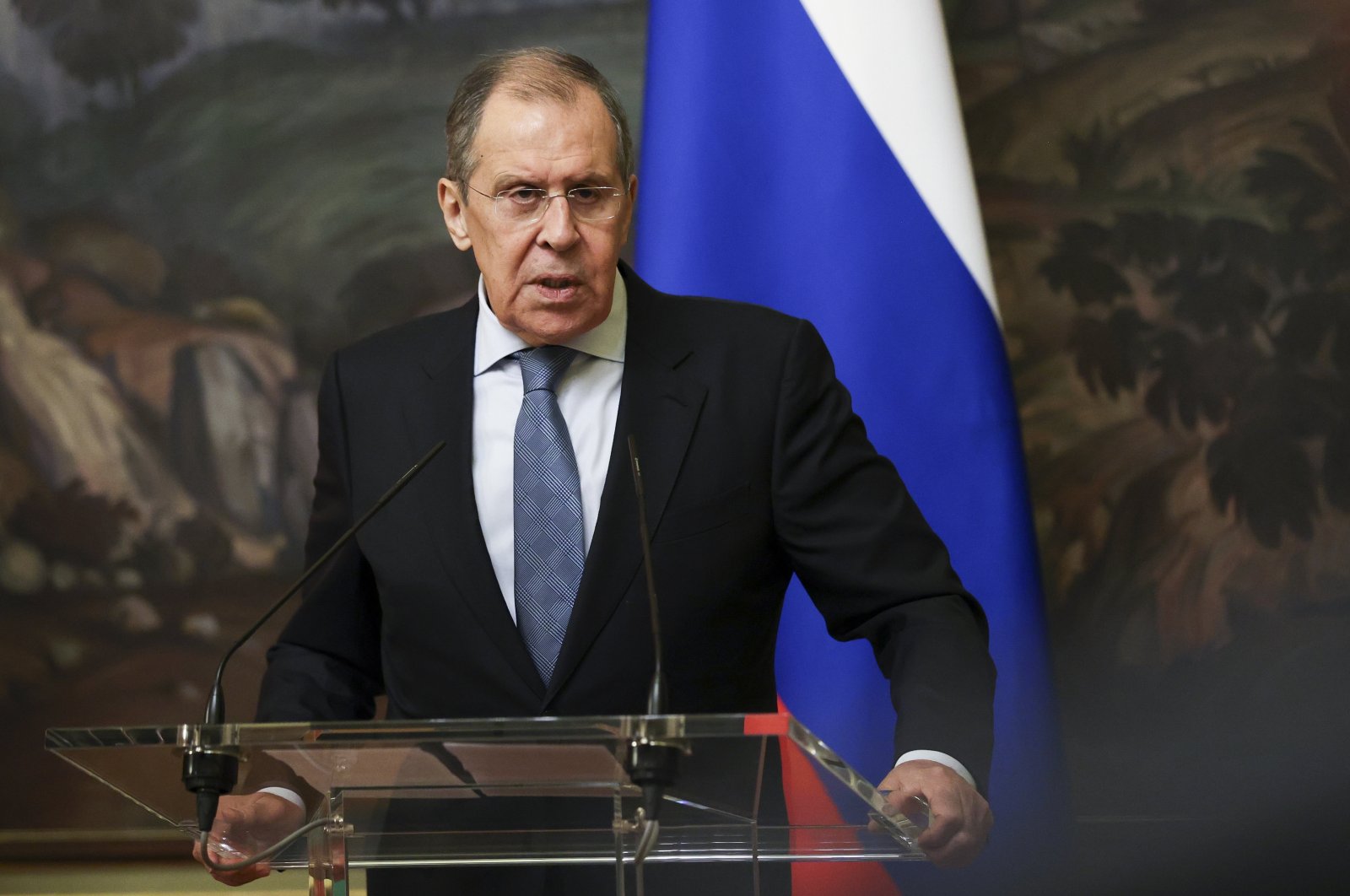 Russian Foreign Minister Sergey Lavrov said Thursday that relations between Moscow and London are "at a freezing point" as British authorities have pursued "a tough anti-Russian course" in recent years, accompanied by a consistent increase in sanctions pressure.

Speaking in an interview with Russkaya Mysl (Russian Thought) magazine, the minister added that this policy was preserved after Brexit and giving up EU membership did not stimulate London to normalize ties with Russia.

"Regardless of their membership in the EU, the British authorities consistently take absolutely unjustified attacks against us, using harsh anti-Russian rhetoric in the public space. As a result, bilateral interaction is largely terminated, trust is lost, and the degree of relations is at a freezing point," he said.

However, Lavrov noted that Moscow is ready to resume bilateral economic mechanisms with London and remains open to developing cooperation with the U.K.

Asked if Britain's withdrawal from the European Union may affect Russia's interests, Lavrov said that Moscow regards Brexit as a "purely intra-British and intra-EU affair."

"At the same time, we are, of course, closely following the further development of parameters for interaction between the U.K. and the EU, the impact of this process on cooperation between Brussels and London with other international partners, including our country. In the latter case, it can be argued with confidence that Britain's exit from the EU did not become a factor prompting the British authorities to normalize interstate dialogue with Russia."

Russia has repeatedly stated its interest in expanding economic ties with the United Kingdom – regardless of Brexit, the minister said.

"We proceed from the fact that in the future, Great Britain will retain its position as an important trading partner of Russia. For example, in 2020, the volume of bilateral trade amounted to $26.6 billion, an increase of 53.6% compared to 2019. For our part, we are ready to resume the work of specialized bilateral mechanisms," he added.

Asked about the situation around the Joint Comprehensive Plan of Action (JCPOA) or Iran nuclear deal, Lavrov said the U.S. has to send a signal to Iran, confirming the seriousness of its intentions to return to the agreement.

"The window of opportunity to save the Iran nuclear deal isn't closed yet, but much depends on the Biden administration," the diplomat said.

Lavrov said he expected that the situation around the JCPOA would be reversed for the better and that Moscow is ready to contribute to the achievement of agreements.

As for the Russia-U.S. relations, Moscow does not believe it will see any changes under the Biden administration, he said.

"We are always open to an honest, mutually respectful dialogue based on a balance of interests and aimed at finding compromises. Unfortunately, in recent years, the U.S. has followed a different path, regardless of the domestic political situation and who is at the head of the White House," he said.

Russia shared with the U.S. its vision on the future of arms control, but it is too early to speak about details, Lavrov added.

"Any negotiations can be fruitful only if the U.S. is ready to really take into account Russian interests, ensuring movement 'in both directions' to achieve equal, mutually acceptable agreements," the minister said.

On Feb. 3, Russia and the U.S. announced the extension of the New Strategic Arms Reduction Treaty (START) for five years until Feb. 5, 2026.

Once part of a larger group of agreements on arms control between the U.S. and the USSR, and later Russia, the New Start is the last pillar that prevents the two countries from relapsing to a new Cold War and unleashing a full-fledged arms race.