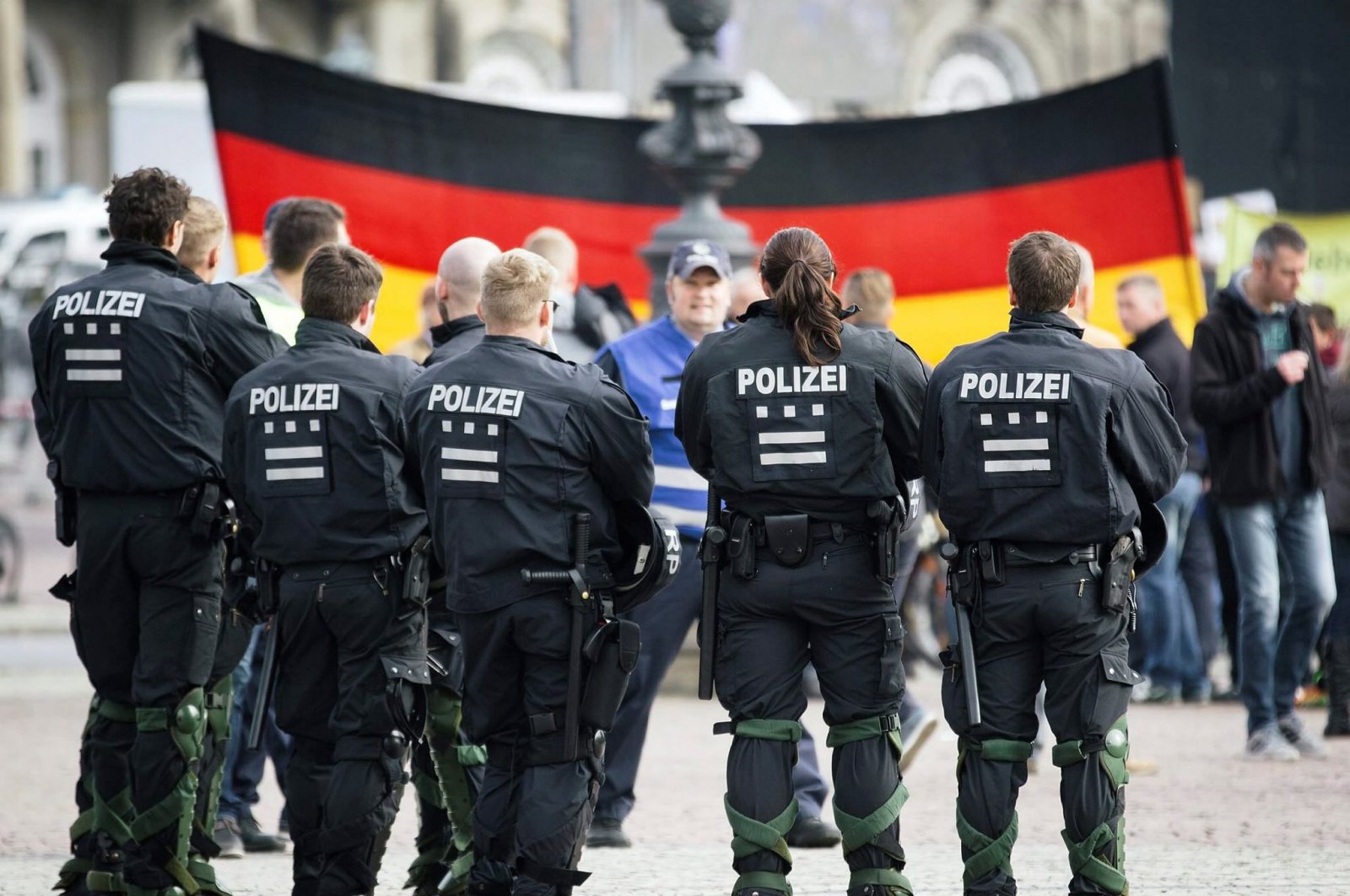 Thousands of supporters of the anti-migrant organization Pegida gathered in the east German city of Dresden to celebrate the second anniversary of the group's founding, Oct. 17, 2016. (Sabah File Photo)
by German Press Agency - DPA
Apr 21, 2020 11:19 am

Despite COVID-19 measures, members of Germany's anti-Muslim and xenophobic Pegida movement held a demonstration approved by the Dresden authorities on Monday evening.

However, only 15 members were allowed to take part in the demonstration in the eastern city in the state of Saxony. Under police supervision, they gathered behind a barrier, while an estimated several dozen supporters stood far apart from them.

An estimated 30 counter-demonstrators also gathered at a distance from them. Dresden authorities had originally allowed a demonstration of up to 80 people, to the surprise of the city's mayor, Dirk Hilbert.

After hefty criticism, that number was lowered to only 15 people. The city authorities also limited the demonstration to only 30 minutes.

Hilbert wrote on Twitter that the new regulations seemed more appropriate and reflected an equal treatment of basic civil rights.

Pegida had announced online on Sunday that it had received the special permission.

While gatherings are banned as part of coronavirus measures in Saxony, special exceptions can be made.

Another right-wing extremist group is allowed to demonstrate on Monday night in the eastern city of Chemnitz after an administrative court decided to allow it.

However, several restrictions are in place, including a limit of 15 participants, who must maintain a distance of 2 meters from one another and wear face masks. They are also banned from holding a march, and the demonstration cannot take over an hour.

It is no coincidence that the right-wing communities rushed to have at least some kind of protest or event on Monday, as it coincides with Adolf Hitler's birthday, April 20. Users in social networks criticized that the initial number of the participants, 80, might refer to the number “88,” which stands for “Heil Hitler” in the right-wing scene.

With less than two weeks to go, the calls for demonstrations and protests on May Day have grown increasingly louder despite coronavirus restrictions. May 1 is when German workers have traditionally demonstrated for better working conditions and wages.

On the left-wing Indymedia site, there are calls throughout Germany for "spontaneous demonstrations, flash mobs and motorcades," as well as other unannounced protests.

According to media reports, Berlin police are planning for spontaneous protests, attacks against officers and property damage by left-wing extremists on May 1.