Right-wing soldier tells German court how he posed as refugee 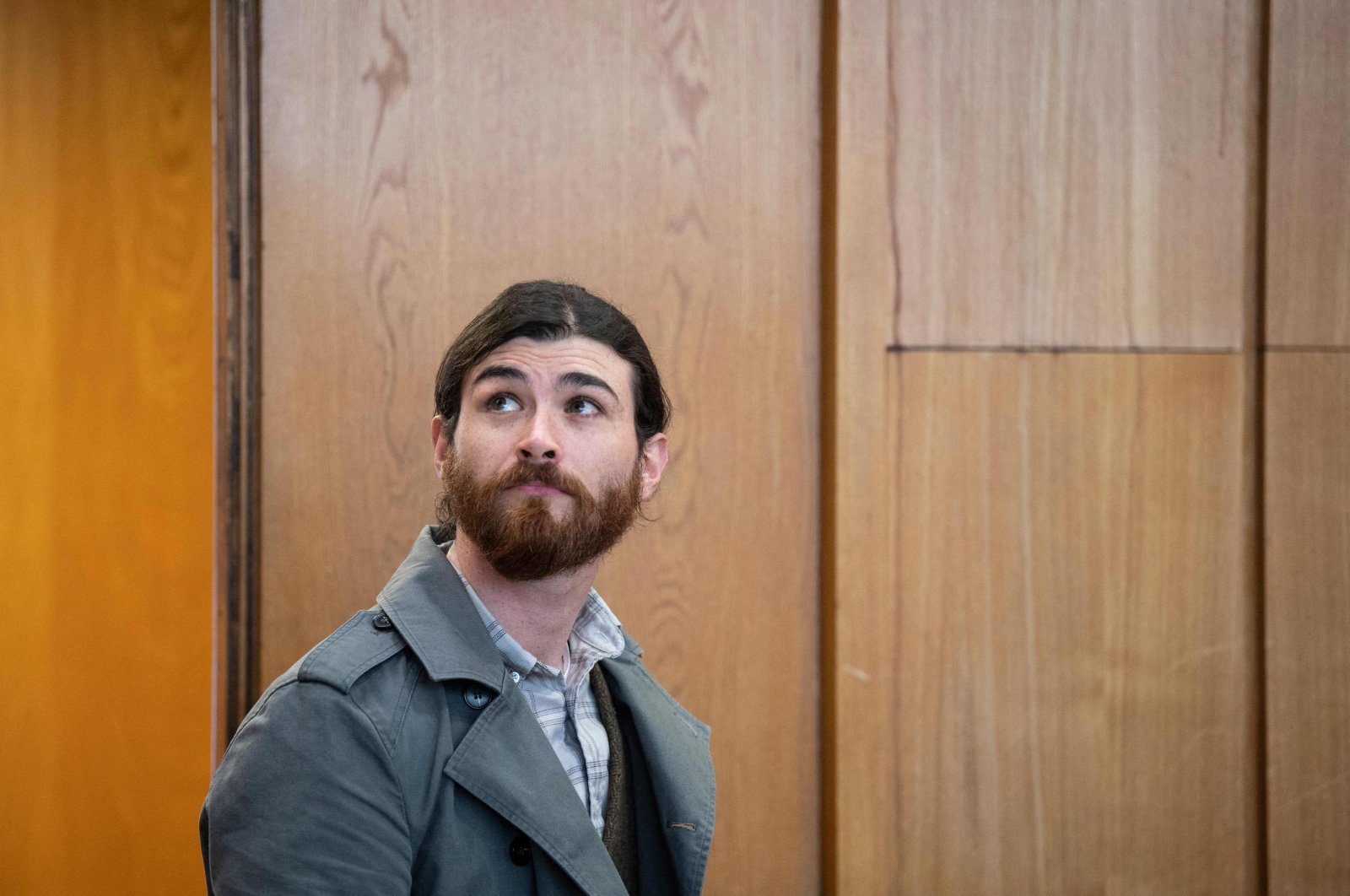 Franco Albrecht, a German soldier who allegedly plotted to attack prominent politicians while posing as a Syrian refugee, arrives at the Higher Regional Court for the start of his trial in Frankfurt am Main, western Germany, May 20, 2021. (AFP Photo)
by French Press Agency - AFP May 25, 2021 7:35 pm
RECOMMENDED

A German soldier on trial for plotting an attack on high-ranking politicians told a court in Frankfurt Tuesday how he posed as a Syrian refugee and hoodwinked immigration officials, even though he did not speak Arabic.

"Neither Arabic nor details about my story were necessary," said 32-year-old Franco Albrecht, an alleged right-wing extremist who successfully applied for asylum in his own country.

In a bizarre case that has fueled concerns over right-wing extremism in Germany, Albrecht is accused of plotting "a serious act of violence that endangers the state" while posing as an asylum-seeker.

Though he denies plotting an attack, Albrecht told the court Tuesday that he was "sorry" for having illegally applied for asylum.

Yet he also described to judges how easy it had been for him to deceive overwhelmed authorities at the height of the 2015 crisis in which hundreds of thousands of asylum-seekers entered Germany.

Albrecht said he had come up with the scheme while on a 10-day leave period because he "wanted to see for myself" how Germany was receiving asylum-seekers.

"I started to research in order to come up with a believable story," said the soldier, who posed as a Christian fruit seller from Damascus called "David Benjamin."

"I don't remember ever having difficulty explaining myself," he said.

He added that "no checks were made" as to his whereabouts after applying for asylum, and that he was afforded "complete freedom of movement."

After returning to his army base in Illkirch near the French border, the lieutenant then lived a double life with his new refugee alias.

"I had a rucksack with my entire life as a refugee in it," he said.

Albrecht, who prosecutors say harbored "right-wing extremist views," also said that Chancellor Angela Merkel had failed to uphold the constitution by allowing refugees to enter Germany during the crisis.

According to a court document from 2019, investigations showed he owned a copy of Adolf Hitler's book "Mein Kampf" and believed immigration to be a form of genocide.

He was arrested in 2017 while trying to retrieve a Nazi-era pistol he had hidden in a toilet at Vienna's international airport, and his fraud was discovered when his fingerprints matched two separate identities.

Prosecutors say he planned to use both the pistol and other weapons and explosives he had taken from the German army in order to carry out an attack under his false refugee identity.

If convicted in the trial set to last until August, he could face up to 10 years in prison.