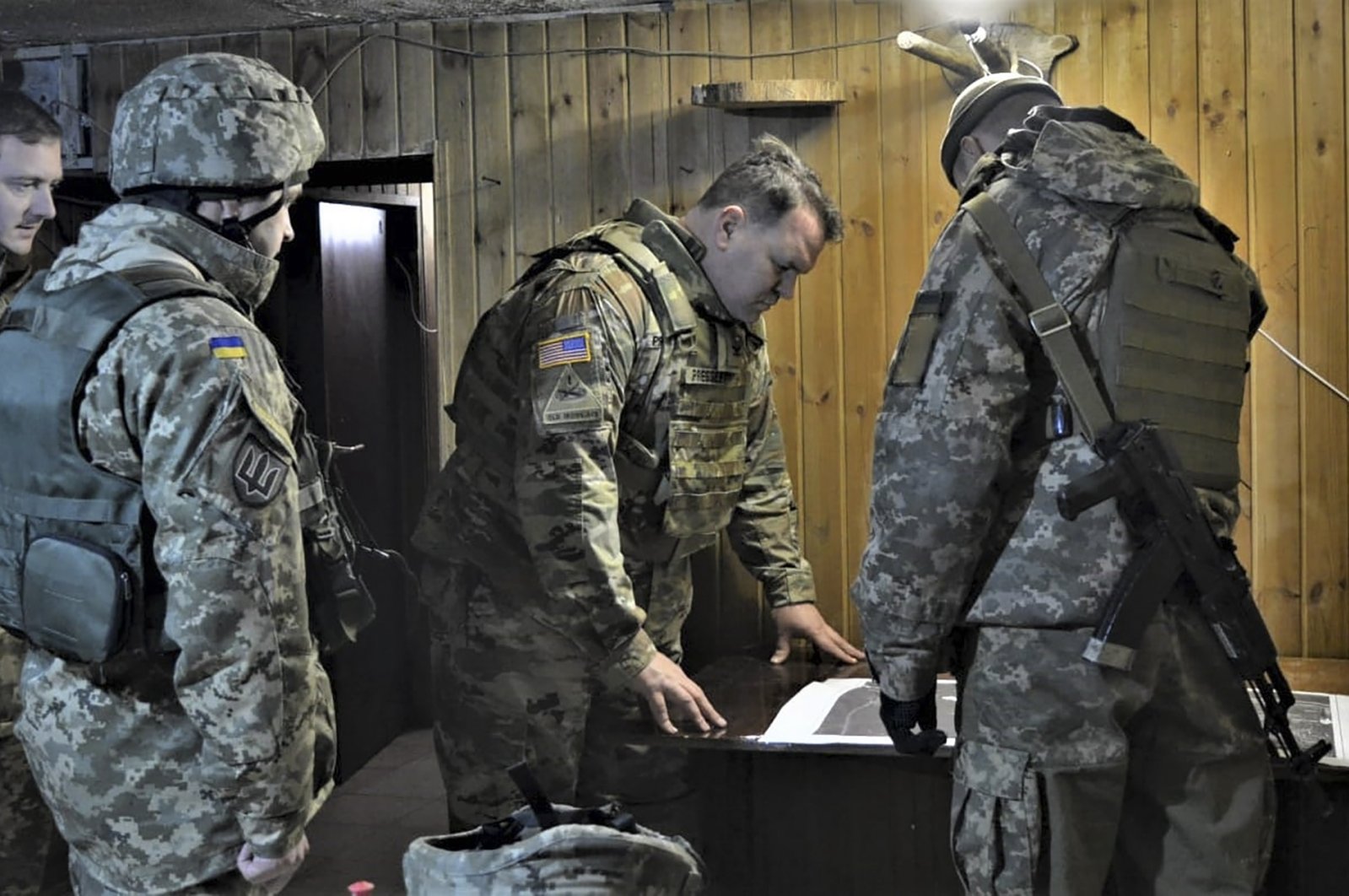 Ukraine warned Friday that Russia could launch a large-scale attack on the country in late January as tensions soar over an alleged Russian troop buildup near Kyiv's borders.

"Our intelligence analyses all scenarios, including the worst," Ukrainian Defense Minister Oleksiy Reznikov said. "It notes that the likelihood of a large-scale escalation from Russia exists. The most likely time to reach readiness for an escalation will be the end of January."

"The possibility of a large-scale escalation from Russia exists," he warned.

The minister said a "winter training period" had started in Russia and that Moscow had already launched exercises near Ukrainian territory. He estimated that Russia had around 100,000 troops near Ukraine's border, in Moscow-controlled Crimea and in separatist-held areas in eastern Ukraine.

The United States this week said it had "evidence" Russia could be planning an invasion, threatening Moscow with economic sanctions if it attacks. Russia has dismissed the allegations as "hysteria."

Reznikov said escalation was a "likely scenario." He said Ukraine would not do anything to provoke the situation but was ready to fight back if Russia launched an attack, adding that its allies should make the cost of a possible attack "unacceptable for the aggressor."

Ukraine has pressed its European Union and NATO allies this week to prepare a tough package of sanctions to ward off Russia from launching an offensive. Moscow in turn has accused Ukraine and the United States of destabilizing behavior and suggested that Kyiv might be preparing to launch its own offensive in eastern Ukraine, which Ukrainian authorities strongly deny.

U.S. Secretary of State Antony Blinken on Thursday warned Moscow of the "severe costs" Russia would pay in case of an escalation, urging his Russian counterpart to seek a diplomatic exit from the crisis. Blinken said it was likely that Presidents Joe Biden and Vladimir Putin would speak soon.

Work is underway to arrange a video call between them, the Kremlin said Friday, a day after their top diplomats met to discuss the Ukraine crisis.

The United States and its allies have for weeks accused Russia of planning an invasion of Ukraine and massing troops along Kyiv's borders.

Ukraine's ties with Russia collapsed in 2014 after Moscow-backed forces seized territory in eastern Ukraine that Kyiv wants back. Kyiv says some 14,000 people have been killed in fighting since then.

Since the latest crisis started, Moscow has set out demands for legally binding security guarantees from the West that NATO will not admit Ukraine as a member or deploy missile systems there to target Russia.

Ukraine says Russia has no say over its ambitions to join the NATO alliance and dismissed any security guarantees as illegitimate.